It seems rather clear that the Left is in the midst of a full court press to delegitimize any debate over its take on public affairs. This was a significant takeaway both from the recent controversy over New York City Councilman Kalman Yeger’s comment that there is no such thing as a Palestinian state and the ongoing Democratic challenge to Attorney General Barr’s handling of the Mueller Report.

It is a very troubling and dangerous phenomenon.


When Yeger commented to a reporter that there is no such thing as a Palestinian state, he of course was being entirely factual. As we noted last week, PA President Mahmoud Abbas failed in his efforts to secure UN Security Council recognition of a Palestinian state. And in that well-publicized failure, it was made very clear that the reason was that Abbas’s purported state met virtually none of the time-honored requirements for international acknowledgment of statehood.

Yet the councilman’s comment was deemed violative of some version of political correctness espoused by the leftist powers that control the Council who seem to think that if there is something they find distasteful, even if true, they could preclude it from debate. Thus, Council Speaker applied a “hateful” and “divisive” test to Yeger’s comment and stripped him from his seat on the Council’s immigration committee.

Consider what happened here. The Council is a deliberative legislative body that, according to the theory of American democracy, is charged with informed legislative decision-making following full discussion – a sort of refined choice among different options. But for the Council and its leftist masters, the truth need not will out. Indeed, only that which a consensus agrees with can even be entered into the debate. Surely whatever is “hateful” and ”divisive” in the hands of the Council’s leftist majority creates a convenient mechanism for stifling expression of views they oppose. Not only are non-favored councilmembers like Yeger rendered unable to do their jobs, ultimately the citizens of New York are the losers in the absence of a clash of ideas.

(This point is underscored by the recent failure of the U.S. House of Representatives to reprimand Congresswoman Ilhan Omar, who had infamously employed classic anti-Semitic tropes in some of her public comments critical of Israel. By any reasonable measure she went way over the line, yet she was protected by a leftist cabal growing in the House and was spared being censured by name.)

And this sort of thing is also present in the current efforts of the Democratic majority in the House of Representatives – already left leaning to a fault – to challenge the legitimacy of Barr to implement the findings of the Mueller investigation which they are profoundly unhappy with and wish to neutralize because it had failed to find evidence of “collusion” or “obstruction.” And it is the stunning arrogance of their approach that is most revealing.

Thus Reps. Jerrold Nadler and Adam Schiff, powerful chairmen of the House judiciary and intelligence committees, respectively, have savaged Barr because, although following the letter of the law and applicable regulations, he still comes up short. Barr has said that he will be pursuing the issues of Democratic spying on the Trump campaign, improper surveillance of American citizens by the CIA and anti-Trump bias in the CIA and FBI, and other issues raised by the Republicans during the campaign.

Barr is being challenged because he is being depicted as following the Trump/ Republican playbook instead of acting as the impartial top law enforcement officer he is supposed to be. But there is certainly evidence in plain sight pointing to wrongdoing in these areas. Surely enough to investigate and come to some conclusions. Yet Nadler and Schiff and their cohorts seek to shut down any investigations before they start because the charges were first brought to public attention by Republicans and are therefore somehow contaminated.

On the other hand, Nadler, Schiff, and a host of other committee chairman are investigating virtually every aspect of President Trump’s life – current and past – as well as those of his family and business associates – all in the name of their constitutional duty of overseeing the executive branch. Problem is that all of these efforts track the claims of the Democrats against Candidate and President Trump during the campaign. Yet the Democrats act oblivious to the irony of how these actions compare to their efforts to derail the work of Barr.

Add to this the fact that the Mueller Report went through most of what the Democrats seek and came up empty, and the conclusion is uncomplicated:

The Democrats are on a political frolic packaged as a constitutional duty. 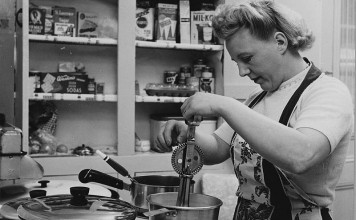 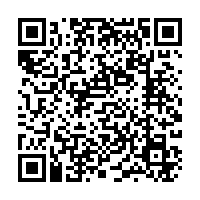