All those Democratic leaders who claimed to have discerned a dog whistle link between President Donald Trump’s call for peaceful protests against Congressional certification of the election of Joe Biden and the storming of the Capitol now have the opportunity to demonstrate that they are serious people and not just hopeless political hacks.

Congresswoman Maxine Waters’s comments the other day about the trial of Minnesota police officer Derek Chauvin over the death of George Floyd provide a convenient deep water test. To this point, though, Democrats have been silent about Waters’s call for confrontation (i.e., violence) should Officer Chauvin not be convicted even though these same people were all over Trump – indeed, impeached him – for his call to his followers to protest at the Capitol.


So a comparison of some key parts of what both had to say is useful.

On the morning of January 6, Trump gave a Save America Rally speech to his followers who gathered in Washington to protest the planned Congressional certification of Joe Biden’s election as president of the United States. He initially told the crowd that they should demand that Congress “do the right thing and only count the electors who have been lawfully slated.”

He went on to say, “I know that everyone here will soon be marching over to the Capitol building to peacefully and patriotically make your voices heard…. Today we will see whether Republicans stand strong for [the] integrity of our elections, and whether or not they stand strong for our country, our country.

“Our country has been under siege for a long time, far longer than this four-year period. If they [Republicans] don’t fight, we have to primary the hell out of the ones that don’t fight…. You primary them. We’re going to let you know who they are.”

Trump then continued that he and the crowd would “walk down to the Capitol” to “cheer on our brave senators and congressmen and women.”

“We’re probably not going to be cheering so much some of them because you’ll never take back our country with weakness. You have to show strength, and you have to be strong,” he said.

When some of the protesters later broke into the Capitol building, Trump tweeted a call for “peaceful” protests: “I am asking for everyone at the US Capitol to remain peaceful. No violence. Remember, WE are the Party of Law & Order – respect the Law and our great men and women in Blue.”

Yet, the official Democrat-controlled House resolution calling for Trump’s second impeachment ignored all these calls for non-violence and dwelt instead on his frequent claim that the election was stolen – “willfully made statements that in context, encourages and foreseeabley resulted in lawless action.”

Indeed, Waters said at the time that Trump was “inciting” followers to violence and was “trying to create a Civil War.”

Now let’s examine the treatment Waters has received. This past Sunday, Waters traveled from Washington to Minneapolis, where the trial of officer Derek Chauvin over the death of George Floyd is being held, to speak her mind.

“I’m going to fight with all of the people who stand for justice…. We’ve got to get justice in this country and we cannot allow these killings [i.e., of blacks by police officers] to continue.” And, somewhat ominously, she urged that curfews should be ignored.

For more than a year, there’s been arson, rioting, and looting committed in many cities across America by those claiming to be protesting racial injustice, especially by police who they claim are too free to use deadly force against blacks. So we believe it is not all that hard to figure out what Waters meant when she spoke about being “more confrontational.”

Indeed, Minneapolis authorities got the point and have transformed the city into a virtual fortress with more than 3,000 National Guard troops in the city and shops and businesses boarded up.

It’s hard to believe that a member of Congress would be so cavalier about appearing to threaten the judicial system if a trial produces a result with which she disagrees. As the judge in the case observed, “I wish elected officials would stop talking about this case in a manner that is disrespectful to the rule of law and to the judicial branch and our function.”

Nor is the issue of conviction one-dimensional. The jury will be considering four possible grades of homicide even if they believe Chauvin was criminally culpable in Floyd’s death. So it is entirely possible that a conviction on one of the lower level homicides may still trigger the wrath of followers of Waters.

With all of this in plain sight, when asked about possible disciplining of the congresswoman, Speaker Nancy Pelosi dismissed the idea out of hand.

This doesn’t bode well for the bipartisanship or unity that official Washington professes to be seeking. 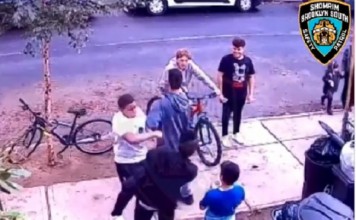 Jewish Teen Bashed in the Face by Brooklyn Punk 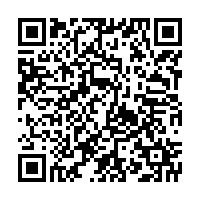