Nikki Haley, America’s ambassador to the UN, has endeared herself to the Jewish community with her forceful defense of Israel before a world body that evinces an unrelenting animus towards the Jewish state.

To be sure, a UN ambassador does not make policy, and Haley could not have taken the positions she did if they were not advanced or supported by President Trump. But Ms. Haley has done more than just deliver nice speeches or vote as she’s told. From what we’ve seen, it appears that she has developed a rapport with other diplomats at the UN and has been able to impress upon them that President Trump is the new sheriff in town and is not kidding around when he speaks about the UN’s ill treatment of the U.S. and Israel – that he is a man of his word and they had best take him at it.


She has followed the paths of several UN ambassadors who distinguished themselves in their roles at the UN. We are reminded of Gov. Adlai Stevenson, who electrified the world when he called out the Russian ambassador who had demonstrably lied about the presence of Russian missiles in Cuba during the course of what became known as the Cuban Missile Crisis.

Then there was Justice Arthur Goldberg’s Homeric work in fashioning the language  of Security Council Resolution 242, marking the end of the Six-Day War and which continues to this day to serve as the legal basis for Israel’s claim to Judea and Samaria.

And of course there was Sen. Daniel Patrick Moynihan’s ultimately successful effort to repeal the infamous Security Council “Zionism is Racism” resolution.

The bottom line is that a suitable successor to Ambassador Haley is imperative. 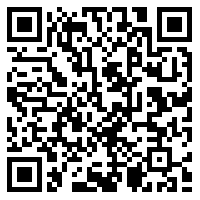