We will soon see what will be revealed by the heretofore classified e-mails of governmental officials and other documents relating to the investigation into the Trump presidential campaign’s possible “collusion” with Russia in the run up to the 2016 election. President Trump has just ordered the documents to be declassified and this is truly a story with legs. We have no doubt that buried in the trove is documentation galore of FBI and Department of Justice overreaching, chicanery, bias and leaking of secret information – some perhaps reaching the level of outright illegality.

So we will have more to say about this next week. But for now we can’t help but point to the anomaly that the mainstream media’s anti-Trump Amen Corner is criticizing the declassifications – which doubtless will vindicate many of the President’s claims of FBI and DOJ wrongdoing – when they are the same outlets that always clamor for the release of more and more information from government to enable them to perform as America’s Fourth Estate.


Democrats (Cong. Adam Schiff is leading the charge) are already claiming that the document release is likely to be selective. OK. So let’s have more documents released. 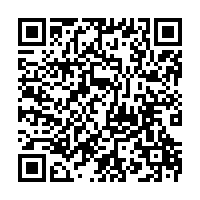