Some actions by the U.S. Supreme Court last week suggest that parochial school parents could be in line to receive much-needed tuition assistance, and that religious merchants suffering from the ever-broadening definition of sexual orientation as a protected class may get significant relief as well.

Given the Trump administration’s plan to spend at least $1 billion on a new federally funded voucher program, the court’s decision in Trinity Lutheran Church v. Comer looms large. In that case, the court ruled last week that the state of Missouri violated the U.S. Constitution when it rejected the application of a religious school for a grant to purchase recycled tires to resurface the school’s playground.


The rejection was based solely on the religious nature of the school and the Missouri constitution, which prohibits spending public money “directly or indirectly, in aid of any church.” (Thirty-eight other states, including New York, have similar provisions.)

Writing for the court’s 7-2 majority, Chief Justice Roberts said: “The consequence is, in all likelihood, a few extra scraped knees. But the exclusion of Trinity Lutheran from a public benefit for which it is otherwise qualified, solely because it is a church, is odious to our Constitution all the same, and cannot stand.”

Many commentators seized on this formulation as an indication that legislation to provide tuition aid to parochial school parents will have relatively smooth sailing in the Supreme Court. However, Chief Justice Roberts also said, in a somewhat cryptic footnote, “This case involves express discrimination based on religious identity with respect to playground resurfacing. We do not address religious uses of funding or other forms of discrimination.”

Indeed, newly minted justice Neil Gorsuch picked up on this, writing in a concurring opinion joined by Justice Clarence Thomas,

I worry that some might mistakenly read [the footnote] to suggest that only “playground resurfacing” cases, or only those with some association with children’s safety or health, or perhaps some other social good we find sufficiently worthy, are governed by the legal rules recounted in and faithfully applied by the court’s opinion.

But five of the seven justices in the majority agreed with the footnote – whatever it meant – and the two dissenting justices, Ginsburg and Sotomayor, would have upheld the bar to Trinity Lutheran’s participation in the program. So the next time around, when the case before the Supreme Court doesn’t involve playground resurfacing, there could very well be a majority upholding an exclusion on religious grounds.

On the other hand, the day after the Trinity Lutheran decision was announced, the court sent a Colorado case back to the state courts for reconsideration – a case involving the awarding of public funds to help families cover tuition at private schools, including parochial schools.

Significantly, the Supreme Court sends pending cases back for a rehearing following its own decisions when there is a “reasonable probability” that the lower courts would now render a different decision.

In another significant development, the court agreed to hear an appeal from a Colorado baker who lost a discrimination lawsuit over his refusal to create a special cake to celebrate a same-sex marriage. Citing his religious objection to such marriages, he said forcing him to bake the cake violated his constitutional rights. The gay couple asserted what they said was their right to equal treatment, citing the Supreme Court’s decision establishing a constitutional right to same-sex marriage.

Claims similar to the baker’s by specialty merchants have routinely failed in several courts. The fact that the Supreme Court accepted a case for review in that circumstance strongly suggests a number of justices are ready to reverse those decisions.

The upcoming Supreme Court term promises to be momentous. 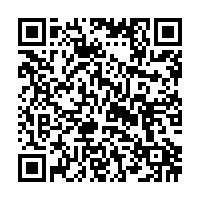