The U.S. Supreme Court issued wholly unexpected and stunning decisions in two cases last week that were so counterintuitive that we fear – and some commentators are suggesting – at least some members of the Court see an overriding need to combat a perception that a conservative-dominated high court is largely in the pocket of the president.

Most observers had expected that with the addition of conservatives Neil Gorsuch and Brett Kavanaugh to the court – joining conservatives John Roberts, Clarence Thomas, and Samuel Alito – there would be a conservative-leaning 5-4 majority to bring about the “right” results in most cases. But last week it didn’t turn out that way.

This was hardly a “conservative result.” Perhaps Gorsuch believed that given the culture today, Congress will probably soon explicitly protect homosexuals and transsexuals from being fired or passed over for employment because of their behavior, so what harm is there in playing a little word game if in the process we can signal that Trump doesn’t call the shots on the court?

Of course, it soon became clear that the issue was not as harmless as Gorsuch may have thought. Within days of the decision, Connecticut Senator Richard Blumenthal and 27 other Democratic members of Congress signed a letter charging that the Department of Education’s recent order prohibiting male students who identify as female to participate in female sports competitions in public schools “discriminates against transgender youth.”

Also at risk now is the Department of Justice’s position in a lawsuit in Idaho Federal Court. It currently is supporting Idaho’s efforts to defend its Fairness in Woman’s Sports Act, which prohibits males from participating in women’s sports events. Its brief says: “Allowing biological males to compete in all-female sports is fundamentally unfair to female athletes.”

In the other case decided by the Supreme Court last week, Roberts wrote an opinion for a court majority that invalidated Trump’s rescission of Obama’s DACA program that allows immigrants illegally brought to this country as youngsters to avoid deportation. Although Roberts fairly conceded that Trump had the power to rescind the program, he ruled that he didn’t go about it in the right way because he failed to follow the technical requirements of the Administrative Procedures Act.

This is curious because Obama issued DACA simply by signing a self-generated order without any procedural niceties. And surely no one would have said a word if Obama had ordered it discontinued.

Most Americans reportedly are in favor of DACA beneficiaries remaining in the country, and Trump is free to try to rescind the program again following the rules. If he does, he will likely prevail. So the Roberts decision didn’t exactly require heavy lifting. But it did allow him to appear to deny Trump something he wanted.

To be sure, this sort of thing is tricky in a democracy. It may be the lesser of two evils in that it’s crucial that Americans believe that the Supreme Court is independent, especially since Trump is being challenged endlessly by the Democrats. Nonetheless, the Supreme Court’s ultimate duty is to interpret the law, not to play politics. 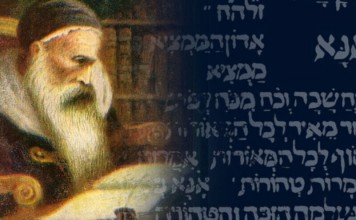 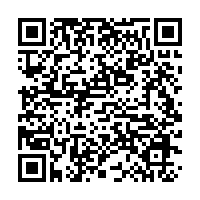