The plaintiffs – who are members of the Christian, Jewish an Muslim faiths, among others – had in the past availed themselves of the exemption and filed a lawsuit in May arguing that the elimination of the religious exemption is unconstitutional and “unreasonably” interferes with their religious rights. Although we stand second to none in our support for a robust freedom of religion, we also count ourselves among those who believe the consensus of medical opinion favoring vaccinations for school age children should ordinarily be the deciding factor.


Yet we welcome the lawsuit. As we see it, the process by which the religious exemption was accomplished raised many serious questions.

The decision by the judge was a preliminary one and based on the exacting requirements for securing a temporary stay. Plaintiffs must demonstrate that there is a “substantial likelihood” of their ultimate success on the merits of their claims and that they will suffer immediate “irreparable harm” if the challenged action is not suspended while the case goes forward and they prove their claims.

Thus, Mackey noted that similar statutes in four other states were approved by the courts, plus school in New York State will be closed until September. He said that there is ample time for the plaintiffs to prove why their case is different from those in the other states before any harm to the plaintiffs kicks in.

The make-up of the complaining plaintiffs should dispel the notion that the vaccination issue is something that has been imposed on society by members of the Jewish faith.

Hopefully the lawsuit will shed light on some of the questions that have occurred to us since the effort to eliminate the religious exemptions followed on the heels of the recent measles outbreak.

For one thing, why didn’t a measles outbreak occur in all the years the religious exemption had been operative? Indeed, what were the experiences in those states other than the four states that eliminated it?

In New York, given the gravity of the new law regarding religious freedom, why were there no legislative hearings to explore the need to eliminate the religious exemption? Why was there no focus on the facts that college students and adult staff at public and private schools are still allowed to retain their religious exemptions? And what about the new law’s retention of a medical exemption?

And finally, what about the animosity some state legislators displayed when they characterized religious-based claims for exemptions as “utter garbage,” “a myth and fabrication” and “a loophole.” Didn’t the US Supreme Court vacate the decision against that Colorado baker who refused to bake a cake for a same sex wedding on the grounds that doing so would be inconsistent with his religious beliefs precisely because the Colorado authorities didn’t take his religious claim seriously?

In our view, the elimination of the religious exemption also must be viewed in the context of the narrow vote in the New York legislature. Despite many supporters of repeal of the exemption acting as if there was an overwhelming consensus among elected officials to produce that result, the reality was quite different. In the Assembly, the vote was 77-53 in favor of repeal with 76 being the threshold needed for passage. Indeed, Assembly Speaker Carl Heastie had to intervene to pressure recalcitrant members to get on board in order to reach that number. Even so, Healh Committee Chairman Richard Gottfried voted no. Similarly, in the Senate, repeal passed by a vote of 36-26.

For a variety of reasons, we think the lawsuit is a good thing and eagerly await any clarification it can provide. 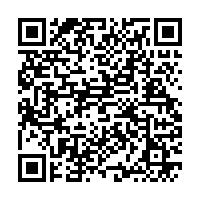