New York’s Mayor Bill de Blasio has deemed himself an education mayor and a champion of governmental transparency. Yet, he is plainly lacking in both departments.

To listen to him and his new schools chancellor, Richard Carranza, improving the massive New York City school system is all about promoting diversity, not basic learning skills and academic achievement. Indeed, they both have targeted the admissions policies at the city’s top high schools to make them more accessible to African-American and Hispanic minority students by lowering entrance requirements.


It seems incredible to us that they consider it sound educational policy to lower standards rather than provide remediation to enable minority students to meet existing standards. They have the same attitude when it comes to middle school; they have just announced scrapping all academic screening heretofore employed in favor of quotas and a lottery system.

The bottom line is that the highest performing middle schools will start admitting many sixth graders who score lower on standardized tests that has been the case in the past.

It is mind-boggling that Chancellor Carranza actually told an audience at Al Sharpton’s headquarters that, we’re “not about improving the system. We’re about changing the system.”

To be sure, it is claimed that the plans were reflective of what “the community” wanted. We highly doubt that, but at all events, isn’t that really beside the point?

We are also dismayed by the mayor’s crowing about the release last week of 14,000 documents requested by the New York Post about the workings of some parts of his administration as an example of transparency. Left unsaid was that the documents were released only after a three-and-a-half-year court battle.

In addition, as we a few weeks ago, The Jewish Press, represented by Aron Law, too was stonewalled with regard to information we sought from the Department of Education about discrimination complaints. We recently secured a court order requiring the release of the information; we are still waiting for the DOE to comply and give it to us.

All in all, Mr. De Blasio leaves a lot to be desired with regard to educating New York children and transparency. 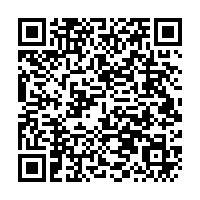