I don’t want to go to a memorial service, I can’t stand military funerals and I can’t forget. I hate this! Too many thoughts…

I will always remember and I want to do everything and anything in my power to make sure no one else will have to feel the pain.


I have started and stopped writing this several times. Do people listen? Do they understand? Is it possible to have others understand? Am I making sense? Has it been really 23 years?

Every year when the siren sounds, I am shot back 23 years when I was abruptly introduced and initiated into the mourning family of this great country called Israel!

Yehoshua Friedberg HY”D was a friend, a platoon mate, a Lone soldiers, a future leader, an example of how a Jew should act and an all around good person.

HIS LIFE WAS STOLEN!

Yehoshua’s life was stolen by Islamic terrorists who dressed up like religious Jews. They kidnapped him off the Jerusalem Tel Aviv highway as he was on his way to be tested for IDF Officer’s course. They shot him. They murdered him! They shot him 4 times in the heart and then threw him off the side of the road. Don’t tell me they shot him because of settlements! Don’t tell me it was “occupation” or for some political struggle! Don’t give a reason and don’t tell me you understand!

He was murdered for being a soldier in Israel! The ONLY Jewish country in a sea of over 22 Arab countries, most who want us gone!

We searched for him as we were hoping for the best but expected the worst. The entire country was searching for him!

We found him…..we found him lifeless…..we tried to revive him although it was clear we found him too late, way too late!

Heart stopped, eyes filled up, blood rushed to the head!

We put his body on the military truck and we made our way to Jerusalem…WHY? HOW? GOD! ISRAEL! IDF! What if it was me! Yehoshua’s family! HIS FIANCE! NO! Can’t be!! Nothing to say, tears, anger, what now?! How can it be? Did it really happen?

His funeral filled the streets of Jerusalem. Tens of thousands of people came to honor and say goodby…NO! This CAN’T BE REAL!

Don’t cry! His family is here, they can cry but we must be strong! We are his friends but we are soldiers and we are wearing our IDF uniforms! Don’t cry…..tears!

I refused to touch the coffin. Maybe if I don’t bury him he is not really dead! What now?!

I remember his open grave and I remember hoping he would be the last one. I remember returning every year to Har Herzl only to see more graves, more heroes, more young adults who were robbed!

I Met Yehoshua’s parents and family for the first time on that horrible day. We all became their sons and brothers as they buried their dear Yehoshua, as we buried our Yehoshua.

All of Yehoshua’s murderers have been released from Jail.

Not PA jail, Israeli jail! ALL OF THEM! They murdered him, why were they left alive! To be released? Where is justice? Where is morality!

WHERE WAS THE SUPREME COURT THEN! DAMMIT!

Today we remember, we honor and we cry because we miss them, Thursday we will celebrate! We will celebrate with a feeling of sanctity. It is through the deaths and sacrifice of 23,447 heroes that we are obligated to relate to this land with respect and sanctity! We must NEVER take for granted the fact that we have come home to Israel. This is what we have been dreaming for for 2,000 years! CELEBRATE and say THANK YOU!

WE ARE THE GOOD GUYS! We don’t start wars! We don’t call for the destruction of others! We develop weapons to defend our people while warning those from our enemy’s side!

WE ARE THE GOOD GUYS! Stop making believe our enemies have a justified reason to murder us! STOP IT!

I know it seems obvious to many who are reading this but too many times I have heard, read and watched people, our own people, who do not really believe in our justified existence in the Land of Israel, people who apologize or stutter when others say it is not ours. You don’t make deals with people who seek your destruction! That is cruel to the living and the dead!

Yehoshua’s murderers have been set free because of politics!

We have given into terrorists because of politics and we have put ourselves in danger because of diplomacy. It is all political!

You don’t agree with me? I am sorry you think we owe our enemies something. I will still be in uniform and put my own life in danger to keep you safe and hope you will do the same for me.

Yes! I will stand, honor and remember Yehoshua and all 23,447 heroes who gave their lives for the State of Israel, but I will not suffice with just crying! I will continue to serve this awesome miracle of a country called Israel and I will bring up my children so that they know just how fortunate they are and how important it is NEVER to take anything in life for granted. I will continue to make sure that those who are out there in uniform fighting for our future have whatever they need! Thursday we will celebrate, today we cry and remember why we are here and those who gave themselves to make sure we can celebrate.

Hope this made sense.

In memory of Yehoshua Friedberg who was murdered as he served the Jewish people in the Jewish homeland. May his memory be a blessing and may God avenge his blood! 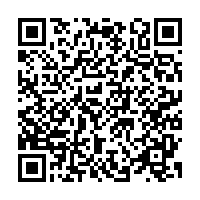