The cancellation of the tradition public lighting of the Chabad menorah in Sydney this week epitomizes the excruciating neurosis of Jews in the Diaspora, torn between living freely as Jews and having to co-exist with the somewhat tolerant if not ignorant ruling powers.

I do not pre-judge the cancellation of the public lighting on the public area very near the scene of this week’s siege of the Lindt’s Café, in which another Islamic loony held hostages for 16 hours before police stormed the store. Two of the hostages were killed.

It would be too easy and wrong to write smugly from Israel that the Jewish community caved into pressure to cancel the public lighting. It may even have been the Jewish leaders’ own initiative to do so “out of respect” to the families of the victims.

If the victims had been Jewish, God forbid, they might have made the same decision that is politically correct but fundamentally wrong. Beneath the surface lies the eternal contradiction of Judaism and Jews in the Diaspora.

The need to be socially and culturally acceptable among the non-Jewish hosts in a foreign country – foreign meaning outside the Jewish home of Israel – clashes with the individual need to live Judaism fully.

The non-Jews cannot be expected to understand Judaism’s inner meaning and spirituality, but it is a tragedy that Jews’ understanding is tainted by their living in the Diaspora.

Hanukkah is universally recognized by lighting the Menorah, the Dreidel, the sickening sufganiyot –those unhealthy fried donuts once filled with jelly and now stuffed with everything from peanut butter to bubble gum – and the Xmas-inspired gift-giving.

Of all of these symbols, the Menorah is the only one that touches on the real meaning of Hanukkah, two victory of truth over evil in the war against the Greek conquerors of Jerusalem and the Holy Temple and the miracle of pure olive oil that was found in the debris of the Temple and which burned for eight days even though it was thought to be enough to burn for only one day.

For the non-Jew, and unfortunately as well as for many Jews, lighting the menorah has about as much meaning as lighting a Xmas tree, which has nothing to do with the origins of the holiday.

Light is beautiful. It is uplifting. It is fun. Hanukkah is also known as the Festival of Lights.

The light of Hanukkah represents the belief in God, the belief in good over evil, and it symbolizes the victory of the Jews over those who want to destroy the light, such as the mad Muslim of Lindt’s.

The Xmas tree’s decorations are nice and pretty but have no meaning other than one’s individual thoughts of God, the beauty of light and nature, and the cost of electricity. They have nothing to do with the meaning of the holiday (AFAIK).

For the families of the siege of Lindt’s Café, the public lighting of the Menorah nearby the scene of the crime indeed would seem disrespectful because they do not understand nor cannot be expected to understand the deep meaning of Hanukkah.

For the Jew who understands the meaning behind the Menorah, lighting it in public would seem exactly the message needed to show that terror and murder cannot and must not conquer.

But Jews in the Diaspora must behave as they are expected to behave.

If God forbid the siege had taken place in downtown Jerusalem or Tel Aviv, I dare say that more Menorahs would be lit than ever before. The expression of the belief in God and not in the fear of terrorist and murders would be omnipresent in public. 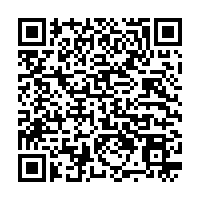