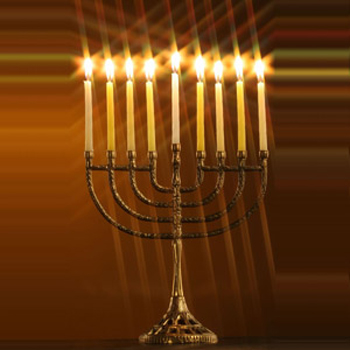 Whatever the state of world affairs or shift in political winds, one thing remains a constant in our lives: the quest for shidduchim. There is no family or individual among us who does not know at any given time of someone in search of his or her destined life partner; yet too often the hunt is fraught with complexities and accompanied by sleepless nights and a furrowed brow.

To what extent are we ourselves responsible for complicating the process – by failing, sometimes obstinately, to recognize him or her as “the one” for reasons that often defy logic? Not rich enough, not classy enough, not savvy enough…too stocky, too lanky, too freckly, too yekkish, too yeshivish… The list of perceived shortcomings has no limits.


Of course there are times when we veer off our destined track in life and thereby miss the point at which we were meant to meet up with our other half. Some of us get lucky even when we make a mess of things and Hashem in His benevolence lets us encounter our true zivug at a later time in an altered setting, after we’ve run ourselves ragged in pursuit of the elusive fantasy.

Chanukah is a time of miracles. The light of the flickering Chanukah flames has been known to grace righteous individuals with a honed insight, allowing them to guide the hapless along the right path.

The ideal time to perform the mitzvah of lighting Chanukah candles is during shekias hachamah, when darkness begins to descend and the warmth of the sun dissipates, for this is when we are most likely to be overcome with feelings of despondency and helplessness. And it is at such a moment that the act is crucial for alleviating despondency and awakening optimism and belief in brighter days ahead. [Charuzei Peninim]

Reb Yechezkel of Kozmir was a highly revered figure of his time and an eminent talmid chacham in his own right. But the gift the Lubliner Rav bestowed on him was said to enhance Reb Yechezkel’s spiritual acuity when he would light the Chanukah lights.

The Chozeh of Lublin presented Reb Yechezkel of Kozmir with a menorah that had been in his possession since his youth. “This menorah is as rich b’ruchnios [in spirituality] as it is plain b’chumrios [in physicality]. The flames you will light will burn bright and will enlighten your eyes.” The blessing the Lubliner conferred on Reb Yechezkel was understood to mean that the latter would be imbued with extraordinarily keen perception when lighting the Chanukah lecht on this special menorah.

It was only on the first night of Chanukah that Reb Yechezkel availed himself of this unique gift. For the rest of the holiday he would light his own menorah. That first night was eagerly anticipated by all his chassidim, for everyone knew that by way of the Lubliner’s endowment Reb Yechezkel’s soul attained a heightened state of kedushah that added intense potency to his blessings. And these he did not lightly dispense.

With a twist of the dreidel, we win or lose…. Playing dreidel is a Chanukah tradition, while on Purim it is the gragger that is turned. Beneath the surface, these items – symbolic of their respective holidays – relay a message of deeper significance especially suited to our generations: Even in our darkest and most trying moments we are not to despair. Just when we thought there was no hope in the days of Haman when the king signed a decree to satisfy Haman’s lust for our demise, or when we battled the Greeks whose number and might seemed to outweigh ours, it took but a “twist” in the turn of events to alter their course. [Divrei Eliezer]

Sara, a young girl related to the Tzaddik of Kozmir, came to live with the Rebbe’s family after her parents passed away and the Rebbetzin took pity on the poor orphan. Before long the Rebbetzin was enlisting the services of a shadchan to find a suitable match for Sara, offering to provide the kallah’s trousseau as well as to pick up the cost of the wedding. The Rebbetzin also pledged a dowry of 200 rubles for a young man of good character.

The matchmaker’s task was not so simple: on the one hand the young lady was a relative of the tzaddik, while on the other she was a poor orphan. Beryl, the tailor in town, had a son who was gainfully employed by a furrier in the big city of Warsaw. Known to be good and decent all around, he seemed an appropriate match for Sara.