Rogers and his crew spent the remaining eight months of the war as POWs at Germany’s largest prison camp, Stalag VII in Bavaria. As with all the Jewish refugee soldiers, Rogers had anglicized his name so that if captured his true origins would be hidden. If his real identity were revealed, he would face an immediate death sentence for being a traitor – or worse, a Jew. He had to be vigilant not to speak in front of the guards lest they recognize his accent.


At war’s end he was returned to England but later emigrated to America. There he became a practicing optician, met and married Rose, herself a Holocaust refugee, and together in northern New Jersey they raised two loving and devoted children, Miriam and Gary.

About 15 years ago Roy traveled to Normandy with his family. They toured the countryside where he’d fought and they paid respects to fallen soldiers at the British and American military cemeteries. Looking on, Gary couldn’t help but reflect on his father’s wartime tribulations – his exile, his interment, and finally his courageous return to Europe to defeat those had who sought to exterminate our people.

Seventy years after D-Day, Gary, his family, and all who loved Roy celebrate his bravery. 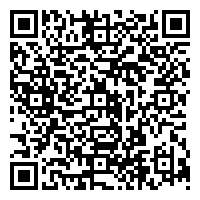