The newborn is far from shy about letting its feelings be known as it is thrust, against its will, into a frigid and foreign world. With flailing hands and pitiful wails, its displeasure is made amply clear. Which raises the question: Since the soul does not choose to spend time on this planet, is it fair that it is held accountable for the way it goes about living its life here on earth?

Some perspective is in order. A well-to-do man had difficulty marrying his two daughters off, for one was unsightly and the other a non-stop prattler. A smart matchmaker came up with a solution: he knew of two brothers, one blind and the other deaf, and suggested the former as suitable for the unappealing girl, the latter for her unrefined sibling.

The shidduchim were actualized and the couples got on well together for a fair amount of time. That is, until a miracle worker came to town one day and claimed to be a healing specialist who, for a substantial fee, could cure the brothers of their impairments.

But when the blind man’s eyesight was restored and his deaf brother regained his hearing, their woes began to mount and they refused to pay the physician for his services.

The case went before an arbitrator who ruled the brothers had a legitimate contention: whereas they had previously been happy with their lot, their new awareness of their wives’ shortcomings proved injurious to the health of their marriages and they thus should be freed of their obligation to pay the doctor – who was ordered to reverse the cure and restore the brothers to their former handicapped states.

The brothers vehemently decried the finding; there was no way they would subject themselves to further physical manipulation in such manner.

At that, it was decreed the brothers had shown themselves to be satisfied with the doctor’s service and had to pay him in full.

So it is with every soul claiming on his Yom HaDin that he did not ask to be born. In fact, the God that gives life is the One that can take it away. Yet most of us would rather live than die, in which case we are obligated to give our Maker a din v’cheshbon – an accounting of all our deeds on earth. (Mishlei Avos)

By the good grace of God, we are generously granted an annual day of reprieve. On Yom Kippur we abstain from all things mundane and beg, plead, and cry to our Maker over our misdeeds. Yet we still worry that our words of contrition are not penetrating the Heavens, and we wonder where we went wrong.

The following true story offers a clue as to where we may be coming up short.

The Torah giant Rabbi Aharon Shmuel Assad, the son of the Mahari Assad (one of the most prominent rabbis in Hungary – the name Assad was adapted from Aszod, the city where he was born), was the rav of the shul in Szerdahely for close to forty years. Every Yom Kippur he would lead the Ne’ilah service, as befits one who shepherds his flock with love and devotion and harbors a fiery love in his heart for his Creator. Who better to plead for his congregation when the heavenly gates are about to close?

It was therefore puzzling to hear Reb Aharon Shmuel asking the ba’al tefillah, R. Chaim Leib, to exchange duties with him – the latter to daven Ne’ilah and the rav to take over the Kol Nidre service.

The rav, who had been under the weather, gave the impression he felt he’d be too weak to properly carry out his sacred duty following hours of fasting. But that wasn’t on Reb Aharon’s mind at all.

It was actually R. Menashe Ber who motivated his decision. R. Menashe Ber had married off his daughter to an educated man studying foreign languages in his quest for a doctorate – the sort of languages the local Jews adjudged to be “treif.”

When news of the match had first circulated, R. Menashe Ber had been inundated with unasked for advice from harsh critics who demanded that he break off his daughter’s engagement. When the father, a melamed by trade, did not comply, parents of the children he taught systematically pulled their kids from his cheder, leaving the hapless family man bereft of a livelihood. 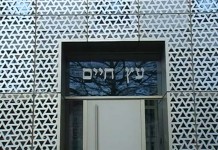 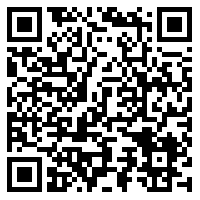