Editor’s Note: This is the sixth of a multipart series on the life and times of a young woman who came to America on her own in the early 1900s and made her way in a new country. The fifth part (“The Motherhood of Freida Sima”) appeared as the front-page essay in the Feb. 12 issue; part seven will run in April.


What do you do when you find out your husband has just lost his job? When it looks like he will not find another in the near future because millions have lost their jobs along with him? When unemployment insurance and welfare do not yet exist?

How do you cope when at the same time you have just signed a lease on a big apartment because you had a new baby? And when soon after, the bank in which you kept your life savings collapses, taking with it every hard-earned dollar you’d put aside week after week for the nineteen years since you immigrated to America?

This is the situation my grandmother Freida Sima (Bertha) Kraus found herself in during the winter of 1929. Twenty months after marrying Max (Mordche) and becoming a stepmother to his boys, and less than ten months after her daughter’s birth she had five mouths to feed and zero income. There had been no warning, no chance to prepare for the disaster they now faced.

Nothing, however, would daunt Freida Sima, who for years had fought to shape her own fate. “With God’s help we will get through this,” she told her communist husband, who had agreed to let her run a traditional home.

“Let’s see your God help us this time,” he muttered in response.

“When one door closes another one opens,” she answered, her mind already a whirlwind of plans that would change their lives for the next two decades. Once again she would take fate in her hands – this time not only hers but that of the entire family.

This is the story of how a thirty-four-year-old woman, practically a new bride, moved overnight from lower middle class to poor as she dealt with a newly ill and newly unemployed husband during a worldwide economic disaster. This is how she put food on the table day after day for him, two stepsons, and a new baby, at a time when one of five children in New York City was suffering from malnutrition. This is the story of a woman who never lost her faith in God or her belief that she could keep a roof over their heads while two million Americans were becoming homeless. This is how my grandmother kept her family alive, housed, and fed through the Great Depression.

Tuesday, October 29, 1929 began for Freida Sima like every other day. She got up early to nurse nine-month-old Shirley, set out breakfast for her husband and stepsons Ben and Harry, and made plans to visit her cousin and sister-in-law Minnie who was heavily pregnant with her first child. It was a cloudy day, chillier than usual, and she bundled up the baby for the eight-block walk from Beck Street to 158th Street in the Bronx.

Walking by the newsstand, she glanced at the papers that had been headlining panic stock-selling since the previous Thursday. “Lucky we never invested in the stock market,” she thought on her way to Minnie, her mind on the small savings account they had in a nearby bank.

Soon after reaching Minnie, their Tante Rivka, who lived in the same building, came to spend the morning with her nieces. Talking about family, babies, and husbands, the women compared notes. Uncle Joe worked at the Astor Hotel; Minnie’s Abie – Freida Sima’s brother – had a good job at Eckstein Brothers dry goods on Orchard Street on the Lower East Side, and “keniene hora, may the evil eye stay away from us, my Mordche has plenty of work as a house painter,” Freida Sima noted. 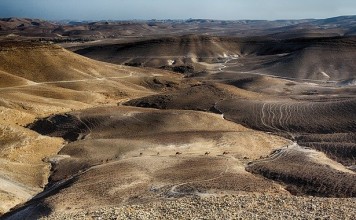 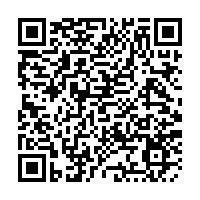