Editor’s Note: This is the ninth installment of a multipart series on the life and times of the author’s grandmother, Freida Sima, who as a young woman came to America on her own in the early 1900s and made her way in a new country. The eighth part (“Freida Sima Goes to War”) appeared as the front-page essay in the May 13 issue; part ten will run in July.


While Freida Sima and her extended New York family lived through the war years worrying about the family in Europe and their own sons fighting in the American army, the Enzenbergs (as the Eisenberg family was called in Europe) were going through very different travails. This month we tell the story of Freida Sima’s parents, brothers, and sisters in the Bukovina, and what they experienced during the war.

Fifty years after the war’s end, Sheindl, the youngest Enzenberg, recalled how the family was deported from Mihowa:

“There was a man in Mihowa who we used to go to for paskening shailos [determining religious matters], Berel Surkis. When we left Mihowa every transport was accompanied by thunder and lightning like the heavens were crying. Berel Surkis went with us. I said, ‘Reb Berel, what are they doing to us?’ And he answered, ‘Sheindeleh, this way will take us to Eretz Yisrael, but it will take a very, very long time, and a very sad time.’ I asked ‘Where is God?’ and he answered again, ‘This way will bring us to Eretz Yisrael, but it will be very shver [difficult].’ How could he know already then? But he did.”

Only years after the war’s end did Freida Sima learn the details of what the family in Europe endured during the Holocaust. Initially, she and her brothers read the bare facts in family letters from Romania. The full stories were shared only later. Sheindl eventually left a recorded testimony of her experiences. Other accounts were pieced together over time.

In August 1939, Freida Sima’s parents, Nachman and Devorah, were living alone on the farm while the rest of the family was scattered throughout the Bukovina. Marium and Feivel lived in Mihowa. Sheindl, Shaja, and their daughter lived in Behromet, an hour away. The two newlywed couples, Leibush and Frieda and Elish and Lola, lived in Czernowitz, as did Srul, Anna, and their son, along with Tuleh, the last unmarried Enzenberg.

All the Enzenberg men other than Elish, an accountant, worked in wood-related professions they had learned from Nachman.

Even before the war, the Romanian nationalists had shown their colors, forbidding any language but Romanian to be spoken in public. During the first few months of the war Romanian officers entered the villages, billeting themselves where they wished. While the women continued with their lives, men were taken to forced labor before eventually being sent back. “You didn’t know which world it was, you didn’t know what to think,” recalled Sheindl. “And then all of a sudden, the yeshia [salvation] came – the Russians.”

In June 1940 Northern Bukovina was ceded to the Soviet Union. Considered “productive,” Nachman was allowed to continue working his farm. He hoped his good relations with the local peasants who had worked with him on the farm and had used his well – the only one in the area – would hold him in good stead.

Nothing would last. In 1941, as some of the Eisenbergs in New York were moving from the Bronx to Washington Heights in Manhattan, the Enzenbergs of the Bukovina were also moving – not by choice but due to forced conscription or deportation. 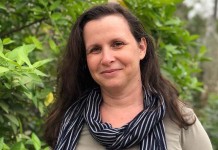 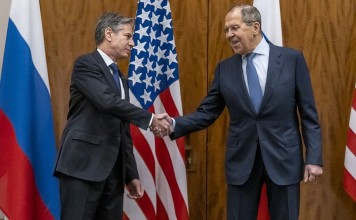