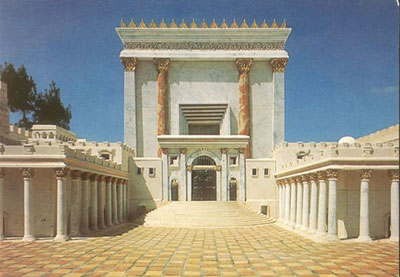 Here are some thoughts:

Greeting each other: Saying “Shalom aleichem…good morning, how are you?” tells the other person I recognize and care that he or she exists. If you have kavanah when you do it, the person will be happy you care about him or her. Maybe that person is feeling terrible or even, God forbid, suicidal. (I am not joking.)You perhaps have saved his or her life. There are people who just look right through you as if you were invisible; they don’t see anything when they look at you. This means that in their eyes you really don’t exist!Sometimes a person will turn his or her head the other way when passing you – body language for “I don’t want to greet you.” In certain cases we can give the benefit of the doubt, but this definitely happens. I am sure that behavior like this pushes off Mashiach and the Beis HaMikdash.

Returning another person’s greeting: Sometimes you greet someone and he or she ignores you. This is so significant it is considered the equivalent of theft in Jewish law. (Heard in a shiur from Rabbi Yaakov Zev Smith.) How could this be theft? Actually, it’s not so difficult to understand. Here you are greeting your brother or sister with a big smile, investing your heart in that person, and you are rebuffed. He or she is not only throwing cold water on your love but in fact cooling you off from future acts of friendship, because you don’t want cold water thrown on you again. So your chesed is actually being stolen from you. Next time you’re going to think twice about greeting someone, and that is a crime.

Interrupting a conversation: Recently I was conversing with someone when another person walked up and started talking to the person I was speaking with. He didn’t say “Excuse me, please.” He just started talking, as if I weren’t there. That is a breach of derech eretz. Again, it is so vital that each of us values the other person. The other person is a “tzelem Elokim,” made in Hashem’s image. How can Mashiach come when Jews treat each other so contemptuously?

Competition: In our world, competition is considered normal. The basic American motto is “kill the competition.” It is “normal” to try to knock the other guy out in order to become rich. Sorry, folks, but that is not what the Torah wants from us. First of all, there is enough for everyone, and Hashem decides what we are going to earn each year. There is also the matter of “hasagas gevul” – we are prohibited from encroaching upon another person’s livelihood. Rabbi Berel Wein quotes the twelfth-century gadol Rabbi Avraham Ibn Ezra: “Unfair competition (such as border encroachment) leads to quarrels, violence and even murder.”

Wealth is fine if people gain it and use it in accordance with Torah guidelines and give appropriate tzedakah, but it is important not to take on airs that imply “kochi v’otzem yadi” (Devarim 8:17), meaning I believe I achieved this because I am better and smarter than other people. Sometimes evil people are wealthy and tzaddikim are impoverished. Hashem “humbles the haughty and lifts the lowly” (Shacharis service). We should not fool ourselves into adopting attitudes contrary to Torah.

Parking your car: Do you park between the lines? Can the next car get in? Did you take a “disabled” spot? It’s also a chillul Hashem to park in front of a hydrant. “Dina d’malchusa dina…the law of the land is the law [for us, unless it conflicts with the Torah].” (See Bava Kama 113a, Nedarim 28a, Bava Basra 55a and Gittin 10b.) I know a healthy person who – on his way to meet his chavrusa! – regularly parks at an angle across two parking spaces, both of which are for disabled people. Besides being a chillul Hashem, this is cynical, because it proclaims, “I am above the rules.” This breaks down cooperation and makes the world less friendly.

“Derech eretz kadma l’Torah” has countless applications, but think about it: we are supposed to internalize Torah to improve ourselves, but if we cynically take what belongs to our brother or sister, we demonstrate we are not interested in becoming better. I remember hearing that a great rabbi, who was temporarily in a foreign city, would always remove his shoes after 10 p.m. in order not to disturb the downstairs neighbors. I’m sure he trod very quietly even with his shoes on, but he did not want to take a chance. This is the hallmark of a great Jew – not pushing others out of the way, God forbid, but always seeking their welfare. 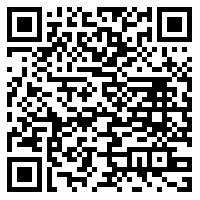