A credible terrorist threat in New Jersey made by an unnamed individual caught the attention of the mayor’s office in New York City and the New York Police Department last week.

“We don’t want to be reactive. We want to be proactive,” Adams said. “We know that anytime you think of the Jewish community there is no way you can ignore the fact that New York City has the largest Jewish population outside the state of Israel. Whatever plays out on the international or national level it impacts NYC in some way or another.”

Then the police department provided the specifics of the update.

“This is still an ongoing investigation so I can’t reveal everything that is going on,” said Tom Galati, chief of intelligence at NYPD. “Early afternoon on Thursday, November 3, we became aware of an individual known to the F.B.I. who posted some threats online to Jewish communities and specifically synagogues. Based on that, not knowing where that individual was, out of an abundance of caution, the New Jersey F.B.I. put out this alert so that everybody would be vigilant. We were notified at the NYPD and worked very, very closely with not only the NJ ATF here but also the Newark ATF. We have members of the NYPD there so we were fully plugged in to their investigation. The investigation quickly turned to identifying the individual, the suspect, at some point on Thursday, November 3, we were able to interview him and seize the electronics that he was using and as a result the investigation is still ongoing. I assure you that this person is accounted for and no longer poses any threat. Although his rhetoric was high, he did not have the means to carry out an attack. He is in our custody and he no longer poses a threat to the community. As a result of this, a lot of outreach was done to many members of the Jewish community trying to alleviate anybody’s concern. The threat itself was not directed to NYC but that being said, anytime a threat is made to the Jewish community we are going to react just as if they said they were targeting New York.”

A dozen people were called upon to offer their reaction and questions to the terrorist threat.

“We don’t take security for granted. Whether there is a threat or not a threat, there always seems to be some kind of threat that hovers above us,” said Rabbi Joseph Potasnik, executive vice president of the New York Board of Rabbis. “I think it just reinforces the importance of every Jewish institution having a security plan in place and not waiting for a threat to arrive before developing a plan. Thank you to the NYPD and the relationships that have been shared with houses of worship is nothing less than extraordinary. Thank you all for what you do.”

“I want to thank the mayor and his great staff, the New York City Police Department, for the fast response,” said Rabbi Bernard Freilich, director, Boro Park Jewish Community Council. “It was a major test that if there is a threat we were notified immediately. It was absolutely great. We have to continue that in order for us to notify the community that whatever the situation is. Thank G-d this time everything worked out okay.”

Zvi Gluck, director, director of Amudin, wanted to know “what can be done to give the community the sense of security that we’ve been used to for many, many years?”

Galati didn’t have much to offer as an answer.

“We’ve got to balance resources. We try to maximize the coverage of every place. We have addressed complaints for a number of years,” Galati told Gluck. Even so, Gluck said this outreach and trial run was worth the effort.

“Between the mayor’s office and the police department reaching out, amazing. Hopefully, we don’t have to do these again but it’s good to know everyone is there,” Gluck said. “People don’t feel as safe as they used to and having things like this happen, creates further fears that might be legitimate fears.”

Aron Wieder, a Rockland County legislator who was born in Brooklyn and now lives in Spring Valley, had only good things to say about the New York City mayor.

“Thank you, Mr. Mayor and your great staff, for arranging this call so quickly on a Friday afternoon while we prepare for Shabbos,” Wieder said. “There is a great partnership between the NYPD and law enforcement in Rockland County overall but no one can compare the resources the NYPD has.”

Then Wieder asked what more can be done.

“When it comes to a particular threat like this, is there any emphasis between the NYPD and the Rockland County law enforcement to update them and to keep in touch besides the overall relationship that is out there?”

“The NYPD has a program called Century. When we got this threat, we sent the notice out through our Century notification process,” Wieder said. “It went out to local law enforcement in NYC and New Jersey but it actually goes out to all the 600 to 700 departments that we have a relationship with. Everyone was notified as quickly as we could get it out. 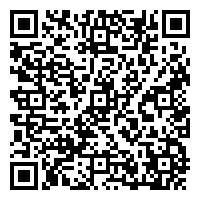