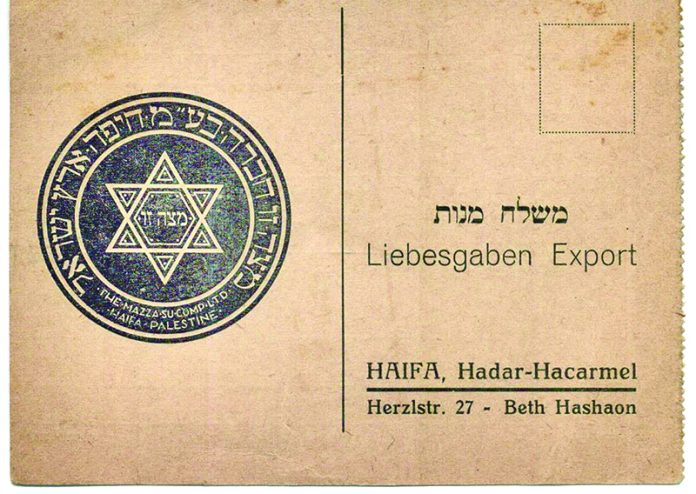 In the beautiful opening paragraph of the Haggadah, we announce: “Let all who is hungry, come and eat.” Maot Chitim, or “wheat money,” is the individual and communal response to the needs of the Jewish poor who lack resources to purchase matzot for Passover. A wonderful mitzvah with its roots in antiquity, it is specifically mentioned in the Jerusalem Talmud in Bava Batra.

During certain historical periods, the practice was to donate flour rather than matzot so that even poor Jews could play an active role in preparing matzot for the holiday. Although it is a halachic imperative for Jews to provide for the needs of the poor at all times, doing so to help them meet their Pessach needs is particularly important because a central tenet of the holiday is creating a feeling of royalty within each Jew.


Traditionally, Jewish communities began to collect funds for Maot Chitim immediately after Purim, but right before the war, due to rapidly deteriorating conditions in Europe, the international Jewish community began to mobilize even earlier to provide for the acute Passover needs of European Jews. Shown here is a postcard issued by the Mazza Zu Company used to export Mishloach Manot to Germany.

Written on the front of the card is “Mishloach Manot” in Hebrew and “given with love” in German. The verso specifies two rotels (a unit of weight) of matza for export, with a price that “includes all packaging expenses of the sender” and for which “the recipient pays only customs fees.” The inscription in the block box clearly states the purpose of the gift: “in the interests of timely and immediately usable kosher matzot for Pessach.” These cards and donations were also used later for sending packets of matzot for Passover use to Holocaust survivors in German camps after World War II. Exhibit 2 is a 1930 circular dated the 7th of Adar (a week before Purim) issued by Rav Yisroel Meir HaCohen, the famous “Chofetz Chaim,” and Rabbi Chaim Ozer Grodzinsky, rav of Vilna, in which they request that Polish and Lithuanian rabbis urge that flour be sent to the Jews of the Soviet Union for the baking of matzot.

In very strong language, the rabbis castigate the evil Soviet regime, our “ravagers and destroyers,” who deny permission for the import of matzah and flour for Pessach. The letter also provides insight into how the Jewish community and its rabbinic leaders pre-WWII lovingly provided for the needs of their people:

Behold the suffering of our brothers under the Soviet regime lacking economic foundations and whose recent status has been made much worse, and many hundreds of thousands of Jewish souls lack food and shelter so that the imminent coming of Passover only adds to their worry regarding obtaining matzot for Pesach — because the purchase of flour from the market, even for money, cannot be found at all, and while last year our brothers throughout the entire Diaspora were aroused to establish community committees to send wagons filled with matzah and Pesach flour, and also packages of matzot and Pesach flour were sent to thousands in a spirit of great joy, now it is impossible to do so because of the heat of the oppressors and the designs of those who seek to destroy the covenant who will not give permission in Russia for wagons to enter there and, because of this, it is impossible to organize a communal Jewish response.

However, since communal assistance is denied, there exists a heightened holy duty on each person to be concerned about his relatives, and whoever has the ability to send a package of 5 kilograms of Pesach flour, which is [the maximum] permitted by [Russian] law, must send same as soon as possible.

The “chief of staff” [presumably, the leader of each community] should be aroused to publicize this in his town, that they who have relatives there [in Russia] will send packages…and they should also arouse leaders and men of accomplishment to gather sums of money so that even the poor will be able to send to their relatives and acquaintances . . .

And may Hashem show us wonders as in the days of our exodus from Egypt in accordance with beseechers who await salvation and mercy.

This letter was written in the context of the buildup to the Great Soviet Famine of 1932-33, which, by dint of forced collectivization of agriculture — part of the Soviets’ first five-year plan — killed millions of people in the major grain-producing areas of the Soviet Union.

The Chofetz Chaim, perhaps best known for his campaign to teach his fellow Jews about the laws of lashon hara, is indisputably at the top of any list of the greatest rabbanim of the late 18th to early 19th centuries. R. Grodzinsky (1863-1940), one of the leading poskim and spiritual guides of his generation, was a founder of Agudat Israel and an honorary president of the movement and served as the first chairman of the Moetzes Gedolei HaTorah (Council of Torah Sages). The most significant portion of the Warsaw Ghetto uprising began on April 19, 1943, which was the third day of Chol HaMoed Pessach, and ended on May 16, 1943. On the eve of Passover a year later in Eretz Yisrael, a significant fundraising campaign was undertaken in the Yishuv to facilitate the rescue of Jewish survivors of the European ghettoes during the Holocaust. The handbill shown here was broadly disseminated by “The Special Committee for Rescue” in March-April, 1944:

IF I FORGET THEE, O DIASPORA –
MAY MY RIGHT HAND LOSE ITS CUNNING!

During the three days before Passover, with the completion of a year since the rebellion of the ghettos, 11-13 Nisan, a special public activity will be arranged in all of the three largest cities in the Yishuv for the rescue of our brothers, with the name: “The Yishuv – For Rescue.” This activity will be implemented through a recruitment campaign with the help of donors from all public walks of life.

Heaven forbid our delay, given the lives at stake in the matter. How can a person even approach the Seder table without providing a redemption of his life [i.e., without making a donation to this important cause] and a redemption for all the lives in his household – his wife, children, and elderly parents who live with him in the land.

May the mark of “And I saw you wallowing in your blood” be on your clothes and on the clothes of the members of your household during these days, the days of the year for the courageous war waged by the holy ones of Poland.

Respond to the community representatives who come to your home. Quickly make ready the funds for your donation.

Remember: because of this holy undertaking they [the community solicitors] are coming to you. And you should show a pleasant face to them and fulfill your obligation with a pleasant eye and with a warm Jewish heart.

The Rescue Committee, which was founded on November 22, 1942 and officially commenced operations on January 31, 1943, was headed by Yitzhak Gruenbaum and included members of the Jewish Agency, the Jewish National Council, and representatives of the various Zionist parties. Among other essential purposes, it served as a public demonstration of the unity within the Jewish community in Eretz Yisrael in the effort to save the Jews of Europe.

German President Paul von Hindenburg appointed Hitler as German Chancellor on January 30, 1933 and, only a few months later in April 1933, the Jewish Telegraphic Agency reported that:

The Jewish population of Berlin and environs will not remain without matzoths for the Passover holidays, as had been previously feared. Although a sufficient supply of matzoths has been baked, packages of unleavened bread have not been openly displayed, as in former years, but a re concealed under the counters of Jewish bakeries and are secretly supplied.

Shown here is a handwritten letter dated 17 Adar 1933 – a few days after Purim – in which Rav Avrohom Yitzchak HaKohen Kook writes to an unidentified recipient:

In honor of Harav Hagaon Moreh u’Manhig of Knesset Yisrael, here, in the Holy City (Jerusalem), may it be rebuilt and established

We hereby advise you of our decision that the matzot that are to be distributed to the poor this year, because of the crisis and great rarity [of available matzot] and our great sins, you must distribute to only the most needy.  We sign below:

Rav Kook wrote this letter against a backdrop of destitute Jews escaping Hitler for Eretz Yisrael, who added to the enormous needs of the large population of poverty-stricken Jews already living there. Ironically, even if – in accordance with the JTA report cited above – Jews in Germany were managing to obtain matzot for Passover, albeit with some difficulty, the holiday needs of the deluge of poor Jews escaping to Eretz Yisrael apparently could not be met. On April 21, 1933, only a few days after Passover that year, Germany enacted legislation that rendered shechita illegal, thereby exacerbating the inability of German Jews to access necessary kosher provisions. A year later, in November 1938, Kristallnacht dramatically increased the number of Jews seeking to leave for Eretz Yisrael but, to our everlasting sorrow, it was too late.

Rav Kook (1865-1935), was renowned for his unique Jewish philosophy, which epitomized the blending of Orthodox Jewish practice and observance, political Zionism, and Zionist messianism, all in the spirit of Ahavat Yisroel, love of all Jews. He founded the Mercaz Ha-Rav Yeshiva in Jerusalem (1924), which to this day carries on the spirit of his philosophy. Finally, the great needs of many destitute Holocaust survivors did not end with the Holocaust, as evidenced by Exhibit 5, a March 24, 1965 correspondence on Israel Organization of Former Nazi Prisoners letterhead in which the organization writes to Agudat Israel:

With the approaching Holiday of Freedom [i.e., Passover], we see an obligation upon ourselves to take care – as in every year – to our needy friends to help them, materialistically, to the greatest possible extent, so that they will be able to arrange the Pessach Seder according to all its laws.

We turn to you so that you will be kind enough to donate to our activities for Maot Chitim; through this, we will be empowered to achieve our purpose to assist our terribly destitute in achieving joy – to whatever extent they are able at all to be joyous – for this holiday.

Since there are only about only three weeks left until the eve of the holiday, we will thank your honor if he will hasten to provide help for this supreme goal and will send to our account according to the attached form) or to our office – whichever method is preferable to you – his gift so that we will be able to come to the assistance of our brothers in need.

The organization was an Israeli advocacy group involved not only in generating financial support for former Nazi prisoners, as per our letter, but also in promoting the political and social interests of the surviving prisoners.

Wishing everyone a chag kasher v’same’ach, and, in the immortal words that we recite at the Seder’s conclusion: L’Shanah habaah b’Yerushalayim! 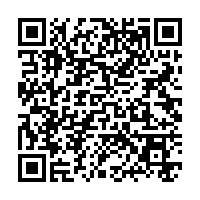