The idea to fashion sets of rabbi cards had percolated for some time – probably as early as 1982, when, in his late-twenties, Shugarman sold his large stash of baseball cards. It was not a prerequisite to enter the “Strictly Orthodox” fold but the decision to unload his collection made it easier to transition to a new environment. Shugarman had replaced Brooks Robinson with Rabbi Yaakov Kamenetsky.

Rabbi Kamenetsky died a few years later. He wasn’t the only one. Rabbi Moshe Feinstein, Rabbi Yaakov Ruderman, and the Steipler Gaon all passed away as Shugarman was planning the production of his rabbi cards. Upon the death of Rabbi Ruderman, the last of this group, one observer noted in a private letter to his successor at Ner Israel in Baltimore that “Rav Ruderman was the last of that small coterie of European Torah giants.”

It was a bona fide crisis. This, then, reflects Shugarman’s good timing. Orthodox Jews in the United States recognized that their children and students could no longer learn from the famed rabbinic leaders. They could, however, interact with and learn about the rabbis on the back of each card.

Shugarman made the most of the dire moment. The first series of Torah Personalities featured 15 deceased rabbis, and all but two had passed away within the past decade. Among the 21 living rabbis depicted on the cards, most were quite aged and had just a few more years to live. Shugarman consulted with local rabbis and some in New York about which rabbis to include in the first trading card installment. Shugarman insisted he would only consider color images, thereby excluding scholars from previous centuries. Scholarly output was also a consideration. Most of all, Shugarman, who still had that “collecting blood,” sought out popular rabbinic figures.

Shugarman was satisfied with his initial selection. Besides, he had amassed hundreds of extra photos, enough, as it would turn out, to furnish another five series of rabbi cards. The analytics of the first set reveal a bias toward right-wing American Orthodox rabbis. Two-thirds of them flourished in the United States, as opposed to Israel. Just three were American born.

Still, Shugarman thought he had nailed it, offering a wide swath of rabbinical personalities. “We tried to get a little bit of everything,” he said with pride. To be sure, Shugarman included images of the Bostoner Rebbe, the Lubavitcher Rebbe, and the Satmar Rebbe. Luminaries like the Babi Sali and Rabbi Ovadia Yosef fulfilled the Sephardic quota.

However, the series failed to include anyone associated with the modern-leaning Yeshiva University. YU students had a bit of fun with that in the Purim lampoon edition of the campus newspaper. A mock advertisement announced the appearance of “Centrist Orthodox Gedolim Cards.” Readers were encouraged to “collect both cards.”

Actually, the second set, published in 1989, featured two YU personalities: Rabbi Dovid Lifshitz and Rabbi Ahron Soloveichik (though both more “right-wing” than other personalities associated with the school). However, this probably did little to attract interest from the so-called Centrist Orthodox community, which generally eschews Da’as Torah, or the supreme – if not infallible – authority of the rabbinic elite. Rabbi cards, therefore, did not move these folks as it had adherents of Shugarman’s “Strict Orthodox” way of life.

There were those who felt uneasy about injecting Jewish holiness into the collecting enterprise. One Orthodox rabbi joked that “there’s nothing wrong except that it’s a form of idolatry.” From the opposite perspective, an Orthodox woman from Long Island opined that it did not redound well to rabbis to be associated with the athletes and celebrities often depicted on trading cards. In her words, rabbis had been “grouped in together with ugliness, proving beyond a shadow of a doubt the argument against the distribution of these cards.”

The Torah Personalities operation also compromised the heightened level of modesty connected with the rabbinate. In fact, some, like Rabbi Elya Svei of Philadelphia, were reluctant to lend their likenesses to the project, but acquiesced after it was impressed upon them that the cards carried a certain educational value.

Nonetheless, the enthusiasts generally overmatched the critics. To date, Torah Personalities Inc. has sold some three million rabbi cards. Its curious achievements have been documented in New York magazine, Sports Collectors Digest, Sports Illustrated, and, as mentioned, Time. In the 1990s, imitators such as Torah Cards and Torah Links Cards emerged on the growing market of Orthodox collectables. In 2000, Ben Stiller’s character in the film “Keeping the Faith” boasted of his “Heroes of the Torah” card collection.

After Shugarman passed away in 2011, his brother, Laibel, who had assisted his older brother from the early goings, took over the Baltimore-based operation. For both Shugarmans, their proudest moment occurred on one 1991 installment of the popular NBC television game show “To Tell the Truth.” The show’s producers were flabbergasted by the quirkiness of the rabbi cards in American culture and made accommodations for Arthur Shugarman to tape on Sunday rather than the usual Saturday slot.

Per the rules of the game, Shugarman told two stories. In one, he posed as himself, the creator of “unique trading cards, like baseball cards, with pictures of well-known rabbis.” The second was a fib, a tale in which he assumed the role of a Henry Higgins-like New York-style “dialect coach” determined to rid Jews of Brooklyn accents. To the uninitiated, both stories were outrageous. The panel of four celebrity judges found the latter account slightly more plausible than the first and Shugarman walked away with a $1,000 prize for his success at fooling the panelists.

After the show aired, Shugarman remarked that “people didn’t know what to make of me. They thought I was a prop.” He knew better, though. Arthur Shugarman was the popularizer of a righteous commodity. Like other goods, his was traded, sold, and collected. His, however, doubled as two-dimensional fragments of tradition that could fit somewhat awkwardly into the palm of a young Jewish child’s hand. 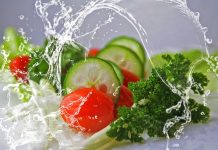 Israel Takes a Bite Out of Food Prices, Down 5 Percent 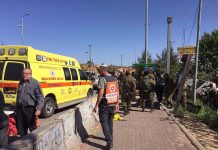 Goldstein on Gelt: Are You Prepared for the Next Market Crash? 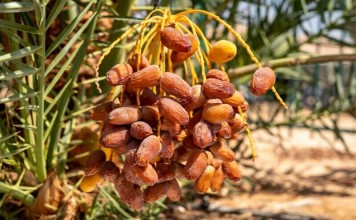 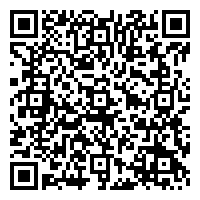