I remember that afternoon vividly. At the time, I was studying at the Rabbinical College of America, the Chabad yeshiva in Morristown, New Jersey. My habit was to peruse the yeshiva library on my lunch break after studying the intricate tractate of Bava Basra all morning.

One afternoon I noticed a set of four large seforim sitting untouched on the top shelf. I stood on a chair to reach them and pulled down the first volume of the set. The name of the sefer was Levush Malchus. I had never seen this set of seforim before.

As I sat down to examine its contents, I noticed something rather strange. The sefer seemed to be very similar to the Shulchan Aruch of Rabbi Yosef Karo, but the title page indicated it was written by Rabbi Mordechai Jaffe, one of the leading rabbis of the 16th century.

The more I read, the more confused I became. The sefer followed the same order of the Shulchan Aruch, chapter by chapter, but unlike the Shulchan Aruch’s matter-of-fact approach, this sefer included the reason behind each halacha. I became intrigued and decided to learn more about this most unusual set of seforim.

So began my fascination with the Levush and its author.

Rabbi Mordechai Jaffe (1530–1612) was born in Prague and moved as a boy to Poland where he studied under the Maharshal, Rabbi Shlomo Luria, and the Rema, Rabbi Moshe Isserles. Jaffe also studied Kabbalah under Rabbi Matisyahu Delacrut.

In 1553 Rabbi Jaffe was appointed head of the Prague yeshiva. He was forced to move to Venice after the Jews were expelled from Bohemia in 1561. After ten years he returned to Poland-Lithuania, where he officiated as a rabbi in Grodno (Belarus), Lublin, and Krzemieniec. The towering and magnificent shul Rabbi Jaffe commissioned in Grodno in 1578 still stands today, although it has been heavily damaged by a number of fires.

Rabbi Jaffe passed away at the age of 82. Shortly before his passing, he wrote a reply to the rabbinical members of the Council of the Four Lands, which he headed, signing with the words: “I am sick in bed (may you be spared), facing the judgment of the King of Kings. I sign with a weak hand, Mordechai, called Jaffe.”

Rabbi Jaffe was a highly resourceful scholar. His writings extended to halacha, Kabbalah, exegesis, homiletics, philosophy, and even astronomy; collectively they were published under the title Levush Malchut (the Royal Attire), after the pasuk in Megillat Esther that starts with his namesake:

Mordechai went forth from the presence of the king in royal garments of blue and white with a great crown of gold and with a robe of fine linen and purple; then the city of Shushan was cheerful and rejoiced. The Jews had light and gladness and joy and honor. [Esther 8:15-16]

Rabbi Jaffe stressed that the ultimate secrets of Torah wisdom are unattainable “because [the Torah] is unfathomable” (Levush ha-Techelet, Orach Chayim 224:7).

Besides his halachic works, the Levush also wrote a number of individual seforim on various topics including Levush ha-Orah, on Rashi’s Torah commentary (1604); Levush Even ha-Yekarah, on Menahem Recanati’s kabbalistic Torah commentary (1595); and Levush Pinat Yikrat, a commentary in the spirit of Abravanel on the Rambam’s Moreh Nevuchim (1595). He also wrote Levush ha-Simchah veHasason, a book of sermons that for unknown reasons was never published.

While Rabbi Jaffe wrote on many diverse topics, he will always be remembered for his halachic works, which almost never came to be written in the first place. As a young man, he began writing his commentary on the Tur of Rabbi Jacob, son of the Rosh. Soon after starting to work on this composition, he learned that Rabbi Yosef Karo had already written just such a monumental commentary, the Beis Yosef, so he put his own commentary aside.

After becoming acquainted with the Beis Yosef, he decided it was too lengthy for the average person, so he resumed writing a concise halachic code based on the Beis Yosef. But then, as this composition started to take shape, he learned that Rabbi Yosef Karo himself had written an abridged version of his work, known as the Shulchan Aruch.

And so Rabbi Jaffe began working on his magnificent Levush Malchus. For each halacha he presented the reason behind the law, as elucidated in the Beis Yosef, the final ruling of the Shulchan Aruch, and the Ashkenaz custom. However, he also added his own reasons for particular halachas when he was not satisfied with what he saw in the Beis Yosef.

Also, unlike the Rema, who generally only recorded the basic Minhag Ashkenaz, the Levush enumerated many different customs that were prevalent throughout Eastern Europe at the time. If not for the Levush’s painstaking recording of these different customs, we would never know they existed. The Levush went out of his way to defend the minhagim of Ashkenaz Jewry. He even uses the prevalent customs of Ashkenaz Jewry to prove a particular halachic position.

For example, there is a halachic debate as to whether one has to use two loaves of bread for the third meal on Shabbos. Some poskim held that the third meal, Shalosh Seudos, was no different from the previous two Shabbos meals and necessitated two loaves for lechem misnha. Other poskim maintained that only one loaf was necessary for Shalosh Seudos.

The Levush’s custom was to introduce each chapter (siman) with a compilation of homiletical exegeses on the halachic issue at hand. When he saw fit he also interspersed his own creative derashot between the individual halachos. In his discussion of the laws of Havdalah, he includes the following moving description of the difference between Torah and secular wisdom:

The blessing of Atah Chonen was given only on the wisdom that God graced us in the ways of the world, meaning the wisdom that God gives man upon birth, which he gives every man in his nature that he should have wisdom and understanding in the ways of the world and its customs…. this blessing is not discussing the wisdom of the Torah, rather, only what God gave man to understand in his first impression, to understand one thing from another, with all the seven wisdoms equal between Jews and gentiles. However, this blessing of Atah Chonantanu (recited in the Saturday night Shemoneh Esreh), was enacted for the wisdom that God gave us to understand and comprehend his holy Torah, to differentiate between the holy and profane as he commanded us to differentiate between the holy Shabbos, which is the holiness of the Torah, and the days of the week. [Levush haChur, O.C. 294]

In one of the best-known chapters, he elaborates in detail on the kabbalistic meaning behind the shape of each Hebrew letter. For example, the alef is made up of two yuds connected by a vav. The numerical value (gematria) is 26, which is equivalent to the name of Hashem. He continues by explaining that the upper yud represents the higher wisdom (chachma elyonah) and the lower yud represents the lower wisdom (chachma tachtonah). These two levels of chachma are joined together by the vav, which represents perfection (tiferes). The Levush concludes this section with the following short prayer:

I arrived at these explanations though my study of the wisdom of Kabbalah…. I put my faith in Hashem who reveals his secrets to those who fear him. May he lead me in the path of truth and, if I have erred, may Hashem grant me atonement and show me the wonders of his Torah, Amen. [Levush ha-Techelet, OC 36:1]

The Levush intended his ten works on halacha, aggadah, and philosophy to be a garment – levush – for young rabbinical students. By wearing his “levushim” the student would not be ashamed to enter the world once he left the yeshiva.

The Levush worked on his seforim for more than 30 years. When they were finally printed, starting in 1590, they took the Jewish world by storm. Here for the first time was a halachic work that followed the order of the Shulchan Aruch, chapter by chapter, paragraph by paragraph, but also included the reasons and aggadic material behind the laws.

Unfortunately, for the past two hundred years the Levush’s works were only available in reprints of the 1818 Berdichev edition, which was not very clear and did not include the commentaries written on it. Recently, the Zichron Ahron Kollel, in Monsey, New York, reissued the complete works of the Levush in seven volumes with a clear layout, including the commentaries of Rabbi Eliyahu Shapira of Tykocin and the critique Malbushei Yomtov, by Rabbi Yom Tov Lipmann Heller, the Tosfos Yom Tov.

In honor of the 20th yahrzeit of my brother Shimon Eliezer, a”h, who passed away at the young age of 12 in 1998, I decided to subsidize one hundred sets of the complete works of the Levush. I came to the conclusion that the best way to encourage study of the Levush would be to make the sets available to the members of our local community kollels. The one hundred sets were delivered to kollel members on December 24, the 5th of Teves.

As I stood handing out the sets one by one, I was reminded of the afternoon years before when I first discovered the Levush. At the time, I could not have known the effect my reaching for his seforim would have on me. But as the steps of man are ordained from on high, I felt blessed to be able to share the Levush’s seforim, which I’m confident will inspire and enrich the Torah world. 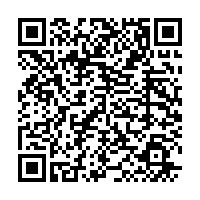