In a letter dated June 25, 1945 he nonchalantly recounts to his sister, “Last week I was in Ihringen and I saw our house and also I scared some of the anti-Semites who participated in our expulsion.”

On that visit he also inspected the Jewish cemetery where family ancestors dating back two hundred years were buried. He found it vandalized, with many tombstones toppled and others daubed with swastikas. Marching into the town hall, he confronted the Burgermeister and demanded that the cemetery be cleaned up.


Returning the following week, he took great satisfaction in seeing how the now-obsequious Germans had jumped to obey his orders, calling this a “true hallmark of our victory… letting them know that we [Jews] are still here.”

Eight months after V-E Day my father and Walter finally completed the paperwork necessary for their military discharges and several months after that received their entry visas to the United States.

On April 6, 1946 – what my father called his “true V-E Day” – they arrived in New York Harbor on a Liberty ship to begin their new lives in America.

Our family has a series of photographs taken during those first few days. Dressed in casual civilian clothes, they are standing on the roof of the Washington Heights apartment where my father’s sisters lived. Their broad smiles show their joy and hope for new opportunities that their redemption from “the graveyard of Europe” had brought them.

Within a week my father and Walter had jobs, laying carpets and doing piecework soldering jewelry. But each craved more out life and within a few months they’d mastered English, received their high school equivalencies, and begun climbing the rungs of the ladder of the American Dream.

My father became a textile salesman and branched out to designing fabrics, especially inflammable materials. Walter studied engineering and made a career as an aeronautical engineer.

My father and Walter were just two of the more than 135,000 Holocaust survivors who made their way to America in the decade after the war. They were remarkable for the courage they displayed in rebuilding their shattered lives, for their amazing strength of character, and for the numerous contributions they made to their communities and their country.

At the synagogue of my youth in northern New Jersey, my father met another Holocaust refugee, a man five years older than himself. Randolph Rogers had fled Vienna shortly after Kristallnacht, found sanctuary in England, and eventually went on to fight the Nazis in the British Army. After surviving D-Day, he was captured and imprisoned in a Nazi stalag (prisoner of war camp) where, like other Jewish soldiers, he was careful to hide his Jewishness.

As V-E Day approached there were fears that the Nazi prison guards, knowing they were about to be defeated, would simply slaughter their prisoners, especially those they suspected might be Jewish. Just as my father had found, however, the “Master Race” lost its bravado as defeat loomed and they prepared to toady to the Allies.

In a family memoir, Rogers wrote, “The guns of World War II fell silent in Europe at midnight on May 8-9, 1945, with Germany’s unconditional surrender…. The darkest period in the history of mankind had come to an end…”

As we know, the great Jewish redemption that came out of the ashes of the Holocaust was the rebirth of a Jewish state in Eretz Yisrael. There too survivors had streamed in after the war, pouring themselves into making our homeland the dynamic powerhouse it is today.

Several months ago, German-born Michael and Marion Mittwoch, now in their 90s, celebrated a very special simcha – the birth of their 100th great-grandchild in Israel. 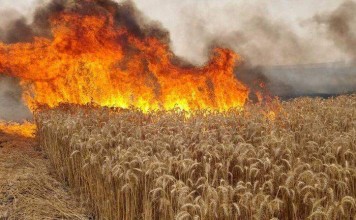