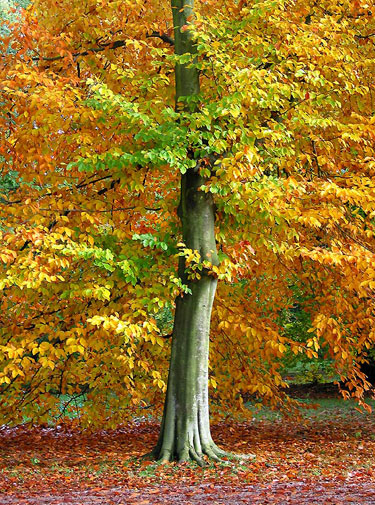 The very Place where Hashem allows His Presence to rest on earth is hidden.

Mashiach is hidden. He may be with us right now, but no one knows where. Look at the life of Dovid HaMelech, the progenitor of Mashiach. He was shunned, scorned; his life was turmoil and trouble, and (like Yosef in Mitzraim) even though he was in the midst of everyone, he was “invisible” until the moment of his revelation.

“Yishai [the father of David] presented his seven sons before Samuel, but Samuel said to Yishai, ‘God has not chosen these.’ Samuel said, ‘Are these all the boys?’ And he said, ‘The youngest one is still left; he is tending the sheep now.’ So Samuel said to Yishai, ‘Send and bring him, for we will not sit [to dine] until he arrives here.’ He sent and brought him. He was ruddy, with fair eyes and a pleasing appearance. God then said, ‘Arise and anoint him, for this is he’ ” (I Shmuel 16:10-12).

As Rabbi Ephraim Buchwald notes, “Just as David’s birth and childhood were filled with pain, so was his adult life. Although King David emerges as the greatest king of Israel, his life is one of constant pain and travail. He is persecuted by King Saul, and afflicted with great and constant turmoil in his household; conflict and violence abound among his adult children. The Midrash in Yalkut Shimoni teaches that Torah is acquired only through affliction and suffering.  Asks [Rabbi Eliahu Kitov in The Book of Our Heritage], ‘Why do we recall David through…reading…the story of Ruth on Shavuos? To teach that a person can become a tool for the purpose of Heaven on this earth only through affliction and suffering.’ ”

More from The Book of Our Heritage:

“All that we have seen regarding David…is a linked chain of events that the Creator wondrously formed to bring the light of Moshiach to the world. In His profound wisdom, He saw fit to veil this light within a curtain of darkness that will only part when the time arrives for it to be revealed. The strength of the revealed light will be directly proportionate to the depth in which it was concealed. “Why was it necessary to conceal this light so deeply? It is the Divine will that when the light of Messiah appears, all darkness will be dispelled and all that had previously been hidden in the darkness will be revealed. Darkness will no longer be dark and the night shall be as light as day…” God is hidden and His servants are hidden.

“Rabbi Isaac…said, ‘Blessing is only possible in things hidden from sight…in things not under the direct control of the eye…. Blessing is not to be found in anything that has been already weighed or measured or numbered, but only in a thing hidden from sight” (Tractate Taanis 8b).

The entire story of Dovid HaMelech and Mashiach is reflected in the growth of a tree. The Mishnah says, “From where [did we come]? A putrid drop. To where are [we] going? A place of dust, worms and maggots…” (Pirkei Avos 3:1). Even the mightiest tree arose from an invisible seed, whose existence and location are known only to God. That seed lives in a place of darkness, worms and maggots, like the place from which the seed of Dovid HaMelech arose, the Land of Moab, the darkest and most corrupt culture in the world. Into this dark world comes water dripping from Above. “He waters the mountains from His upper chambers, from the fruit of Your works the earth is sated. He causes vegetation to sprout…the trees of Hashem are sated, the cedars of Lebanon He has planted” (Tehillim 104).

Man is planted in this world, a place of darkness filled with hidden terrors. He is alone.  “Does anyone know I am here?” he cries out. And yes, there is a hint of an answer. Drops of life-giving water come to him, to sustain him, to assure him that there is an answer from above. Man reaches upward to God as the tree reaches toward Heaven. “Ana Hashem hoshia na…please God, save [me] now… ana Hashem hatzlicha na…Please God, bring success now”  (Tehillim 118). And then there is a day of Revelation and greatness, perhaps like the day that Am Yisrael left Mitzraim, when the shoot first penetrates upward through the dark soil and reaches daylight.  “I see the light! Perhaps there is more than darkness to this world!” And mankind begins to believe that there is a G-d.

So man’s life begins to change. Now he knows he must reach upward toward the Heavens. He wants to come closer to God. He is going against gravity, so it is hard work, but he revels in it because he knows there is now a point to his toil on this earth “beneath the sun.” And the tree pushes upward ever higher. 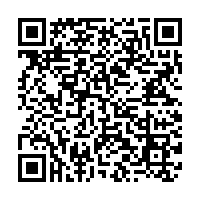