The Torah tells us we have two archetypal enemies, the descendants of Yishmael, today referred to as the Arab nations, and the descendants of Eisav, the Western nations. As we read recently in the Tochechah (Devarim 28:64-5), “Hashem will scatter you among all the peoples, from the end ofthe earth to the end of the earth and there you will work for gods of others whom you did not know, you or your forefathers, of wood and of stone, and among those nations you will not be tranquil; there will be no rest for the sole of your foot…”

According to the Vilna Gaon (Aderes Eliahu, Devarim 29:16), the words“gods…of wood and stone” refer to the spiritual systems of Islam (stone, for Mecca) and the Western nations (wood, for the cross).

It is amazing to contemplate what is really going on this world. In our first exile, Mitzrayim, we were forced to build PisomandRamses(Shemos 1:11), two meaningless cities that would rise up and then sink into the swamp. We would keep building them and they would keep disappearing.

Most of us live today surrounded by the culture called Edom, the so-called Western World that has its roots in ancient Rome and the descendants of Eisav. They are the builders. Rome was famous for its great buildings, roads, and viaducts. Today that culture builds great cities and skyscrapers, huge ships and giant planes and roads that stretch for thousands of miles across the landscape. There are also electronic highways as well as worlds observed under the microscope and through the telescope.

All these worlds Edom is trying to bring under its control. One of its symbolically crowning achievements was the World Trade Center. On September 11, 2001 it was destroyed.

How was it destroyed? Just as Edom’s specialty is building, Yishmael’s specialty is destroying. We see this culture of destruction today in the Middle East and increasingly in Europe and other parts of the world. (See Alexander Aryeh Mandelbaum’s book Redemption Unfolding, Chapter 15, for a treatment of the basic personalities of Yishmael and Eisav and their descendants)

This dramatic clash of cultures has escalated through history. The ideology behind the deadly attack that shocked us on 9/11 is spreading. Yishmael and Eisav are facing off, one building, one trying to destroy what the other has built, just as our prophets predicted thousands of years ago:

This is the world we live in, and unless we can rise above it and assume our role as the Holy Nation, the Priests of the World, the Children of Almighty God, we are faced with the threat of being swallowed up in the cataclysmic conflict developing today.

That is why we must elevate ourselves to the level of the angels. Yom Kippur is not a one-day exercise but rather our long-term survival course, so that we will be there to see the day when the Great Shofar blows and Mashiach ben David arrives. This, it seems quite clear, will not be long in coming. 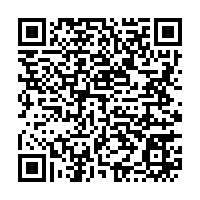