Last week, The Jewish Press attended a press briefing with Israeli Education Minister Naftali Bennett at the Israeli Consulate in Manhattan. For 80 minutes, Bennet spoke and took questions from a handful of reporters and editors (more planned on coming but the expected snowstorm scared them away). Below are condensed highlights from that discussion.


On the West Bank

I believe we should apply Israeli rule and law in Area C where there are over 500,000 Israelis and only about 75,000 Palestinians, and offer those Palestinians full Israeli citizenship. The remainder of the territory – Areas A and B – should be run by the PA and be [completely autonomous apart from] overall security control and control of borders.

On Overcoming International Opposition to Such a Plan

We don’t have to do everything overnight. You start with more consensus areas like Ma’ale Adumim and Gush Etzion. I’ll remind you that Menachem Begin annexed the Golan Heights in 1981. America was vehemently opposed and we got some heat for a couple of months from the Reagan administration, but we’re still here.

In 1898 Herzl said that there will be a Jewish state – if not in a year, in five years, and if not in five years, in 50 years. Leadership is about setting bold visions and working towards them patiently.

In response to a follow-up question by The Jewish Press – “Would you resign if by some miracle the Arabs accepted such a plan and Netanyahu went along with it?” – Bennett replied:

I’ve learned not to answer questions about miracles.

It’s grown stronger – first of all because everyone has much more on their plate and less time therefore to fuss about the Israeli-Palestinian problem. And second of all because Israel is on the front line fighting radical Islam and we’ve built a powerful intelligence infrastructure. In simple English, we know a lot, and that means we run into information that’s useful to others. So we can call up Australia, for example, and say, “There’s an airplane about to take off that will explode” – and save 200 passengers.

At a pace of about once every two weeks, we thwart a specific terror attack somewhere in the world. So people tend to be thankful about that. The same with sharing our methodology in fighting terror and cyber security.

I introduced a doctrine called “The Head of the Octopus Doctrine.” The head is Tehran, which sends in its tentacles to envelop us in Lebanon, Syria, and Gaza. Until now we’ve fought those tentacles, but the heads has been immune. I’m suggesting we begin holding Iran accountable through economic sanctions, diplomatic efforts, and, perhaps in the future, military deterrence.

On His Political Ambitions and Strategy

The day after the Netanyahu era, I intend to run and become the next prime minister of Israel. There have been two Netanyahus – one “before Bennett” and one “after Bennett.” Until 2013, Netanyahu gave up territory, froze building in Judea and Samaria, and supported a two-state solution. Since I came in 2013, he has changed completely because he doesn’t want me to become the king of the right. So I’m going to make that case.

Another point: Until 2013, the National Religious Party (Mafdal) was sort of like the little nerd in class who was pushed aside with the attitude of, “You do your religious stuff and stay away from the real business of running a country.” My thesis is: No. We want to influence all of Israel. I’m not about representing the religious. That’s not my raison detre. My raison detre is the state of Israel – the security and welfare of eight million citizens.

On Charedim Joining the Army

I think Israel should put aside the issue of recruiting charedim to the army for a few years and focus instead on getting them good education and getting them into the workforce. Israel can easily thrive if charedim don’t join Tzahal in mass tomorrow, but it cannot survive in the long term when the fastest growing population is not part of the work force.

On His Role as Education Minister

I have to tell you I’m the happiest guy in Israel. The ability to influence Israel’s future is extraordinary. My main focus is first and foremost STEM – science, technology, engineering, and math. I think it’s the single best way to close gaps in Israel.

We have two populations that are challenging: the Arab population and the charedi population. Regarding the Arab population: Bottom line, they’re on a very good trajectory. They’re getting good education. Until now, Hebrew studies only started in 3rd grade. I started providing it in kindergarten because many Israeli Arabs don’t know Hebrew.

On Teaching Judaism to Israeli Kids

I promote Jewish identity, but I don’t try to influence children to be Orthodox. That’s none of my business. That’s the business of the parents. I want everyone to know their heritage, to know the beauty of Judaism, and by law I have to teach them the Bible, the history of the First and Second Temples, etc. But I don’t believe in religious coercion.

Anyone’s who been in Israel on Yom Kippur knows that nobody drives on that day. It’s a beautiful phenomenon. And guess what? There’s no Yom Kippur bill. But if some smart MK tomorrow proposed a Yom Kippur bill, you’d see thousands of vehicles on the street “davka” – to make a point.

For the first 70 years of the State of Israel we viewed Jews abroad as either a wallet or a source of aliyah. My approach is totally different. I’m more worried about the future of Jews in the world than the future of Israel. There are six million Jews in America, about half of whom are totally disconnected from Israel and Judaism. That’s one my biggest concerns, and if I become prime minister of Israel, I’m going to make it one of my biggest projects.

Let me say one more thing: Israel has always been defined by the Holocaust. That worked for my parents in San Francisco in the 1950s – who were secular and left, by the way – but in this generation that cannot be what the Jewish people is about. It has to be about: What’s our destiny? Why are we here?

On the Divide Between Liberal Jews and Israel

There’s no easy solution. I’ll tell you a story that serves as my guiding light. My wife Gilat is from a secular home, so when we were going out, I was getting concerned: What are we going to do? And she said, “Don’t worry, if we love each other, it will work out.” I think [Israelis and liberal Jews] need to take the same approach.

I’ll tell you another story about Gilat. When we got married, I tried to show her the beauty of Judaism and brought her to synagogues. She didn’t like it since your typical Ashkenazi synagogue in Israel is not the warmest thing in the world. She didn’t connect.

Then [a couple of years later] I founded a high-tech company and moved to Manhattan. One day we were walking on the Upper East Side and saw an advertisement for something called the Beginner’s Minyan. We didn’t know what it was, but we went. Inside were four men, three women, and this nice guy called George with a great sense of humor who, we assumed, was a teacher making an extra buck over Shabbat. He walked us through the tefillah, and Gilat loved it.

We came again and again, and for five years that’s where Gilat got close to Yahadut – in New York. Turns out, by the way, that “George” was George Rohr, who’s one of the wealthiest Jews on earth and one of the biggest donors to Chabad. But he’s really just a modest, nice, funny guy. Anyway, my point is that in that minyan – which was an Orthodox minyan – no one told Gilat how long her sleeves had to be; no one asked anyone how they got to shul. I think we need to import this attitude to Israel. 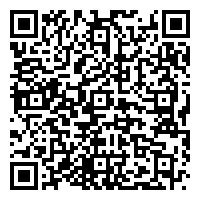