There are more than 38.5 million people living in Poland today. Of that number, fewer than 40,000 are Jews. That’s a far cry from the years of World War II, which saw 3.3 million Polish Jews murdered during the Holocaust, leaving approximately 350,000 survivors, most of whom left soon after the war. But although its numbers were decimated by the Holocaust, the Jewish population in Poland today is growing and vibrant with several burgeoning Jewish communities spread throughout the country.

The Jewish Press: You’re from New York. How did you become chief rabbi of Poland?


Schudrich: I visited Poland several times in the 1970s, starting in 1973. By 1979, I was meeting young Poles who recently discovered they had Jewish roots. I realized that something Jewish was left in Poland, something no one was talking about. From that time on, I thought of what could I do to help such Jews return to the Jewish people. In 1989, I finished my previous position and began looking for a new challenge. This was just at the time of the fall of communism in Eastern Europe. I began looking for a way to work there.

I met Rabbi Chaskel Besser, zatzal, in February 1990, thanks to Benny Fishoff, a businessman who survived World War II in Shanghai and is very involved with Agudas Yisrael, and I began working in March 1990 for the Ronald S. Lauder Foundation for kiruv and education. In 2000, I became rabbi of Warsaw and in 2004 I was invited by the Jewish community to become chief rabbi of Poland.

What are your responsibilities as chief rabbi?

They’re varied. My first responsibility is to assist all of our rabbis in Poland; we now have seven rabbis working with the communities. I also work with all of our ten communities around Poland strengthening Yiddishkeit in any way possible – anything from more shiurim to finding kosher meat to burials and births. Another important area is protecting the kedushah of our cemeteries and kever achim. I am also very involved in kashrut – people have to eat. In addition, I am a liaison to the Polish government and international Jewish organizations.

Describe a typical day in your life as chief rabbi.

After Shacharis, I teach a short halacha class. I also teach several shiurim during the week. I meet with local Jews, some of whom have only recently discovered their Jewish roots. I meet with Polish officials about cemeteries and other issues. I answer e-mails from local Jews as well as from Jews all around the world regarding all kinds of questions and issues. Usually once or twice a week, but sometimes more often, I do interviews with the media on a variety of topics.

What are your foremost challenges as chief rabbi?

On any given day I need to decide what are the most important matters for me to attend to. For example, it might be an invitation to a small town to remember the Jews of that town, a meeting with a Pole who recently discovered his or her Jewish roots, seeing a visiting group of Jewish students, checking a Jewish cemetery whose boundaries are unclear, or visiting a factory for kosher certification.

What is it like for Jews in Poland today?

It’s becoming more and more normal to be Jewish in Poland. For example, we now have five kosher restaurants and a second kosher store just opened. On Shabbos morning there are three different places to daven.

There are shiurim taught every day for both groups and individuals. We also try to remember the glorious past of Polish Jewry before World War II while never forgetting the churban. And there is a real commitment to building a Jewish future for the community’s children and grandchildren. We try to care for our elderly while always emphasizing the education of our children. 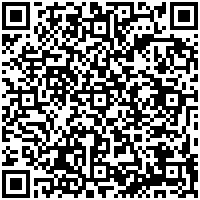