A solitary moment during a life-threatening medical crisis provided Judith Gerzi with a new purpose.

Three days after giving birth to her third child, she developed a dangerous blood clot in her lungs. Already physically and emotionally vulnerable from having just given birth, she was alone in the hospital emergency room, waiting to be called for a CAT scan. Her husband was tending to their newborn.


“I was just really feeling scared and alone. I was in a waiting room totally on my own, except for an old person in a wheelchair. I started thinking about what might happen if I die. Then I had a vision. I was on a stage and it was very dark and there were thousands of people. Everyone was singing with me. It was a moment of achdus,” Gerzi explained. “I begged, ‘Hashem, don’t take me now. I know I need to do this. I haven’t done this yet.’ I felt it was a big gift. That was such a clarity moment for me.”

That vision was a turning point in her performing career and, today, Gerzi is an exceptionally bright light among religious Jewish women singers.

Although she was talented and had a desire to perform, Gerzi describes herself as having “a fierce lack of self-confidence and shyness” as a young person.

“In England, there weren’t women performers. I grew up religious, but most of my friends were less so. It took years for me to build up my confidence to join a band. I had already met my future husband before I was scheduled to do my first concert. He was happy for me, but told me he would not be able to come because of kol isha. My response was, ‘Kol what now?!’

“He explained what it was and it made so much sense. I wanted to sing and yet, when I did that one concert, it felt so wrong. I was 16 years old, but honest enough with myself to know that it wasn’t the right thing to do. So I left the band.”

Leaving the band she had worked so hard to join wasn’t easy. “As soon as I knew it wasn’t a possibility, my heart was in torture. [On the one hand, kol isha] immediately made sense to me and I gave up the band.” At the same time, “I had given up one of my biggest dreams of singing. It was a very hard time for me.”

Her dilemma was made worse by the fact that her future husband and her own family were all musically talented. “I would love to hear him play, but the thought of never doing it myself was heart wrenching. Back then, I didn’t know of any female Jewish singers. It just didn’t exist! So, I put it in the back of my heart.

“For many years, my husband was in a band with his rav. He plays 15 instruments. I loved the music, yet was deeply in pain. Even my husband didn’t hear me sing much, because I was so shy.”

When she was 24 and married for four years, Gerzi, her husband and their year-old daughter made aliyah. During that first year in Israel, she became pregnant with her second child.

That year, she also birthed a new career. She joined the cast of the Raise Your Spirits production to perform the play With An Outstretched Arm, which was all about the Exodus from Egypt. It was an all women’s production. “After that one show, people assumed I was a professional singer and I got jobs,” Gerzi recounted.

Soon thereafter, she heard about a competition similar to The X Factor or America’s Got Talent, but exclusively for women. “I was petrified. But I knew I had to do it,” Gerzi said. “Baruch Hashem, I was one of the winners.”

It seemed that her career was about to take off. But there were a few obstacles. “I had songs and a style in my head – a combination of soul music and jazz – that wasn’t the typical Jewish music. Because I didn’t have professional training, I didn’t have a way to get it out there. In addition, I’m a rebbetzin, so I needed to protect my beliefs.”

The combination of her inability to create her own music and her need to protect her life as a rabbi’s wife, slowed her career down.

Then, at the crucial moment when she was alone and vulnerable in the ER, a vision of herself on stage in front of thousands came to her and she knew she had to try again. “I started pushing myself to get out there. It took me a long time to find the person who understood the music in my head. The first song took 16 hours to develop. The second song took three.”

Gerzi understood that the timing was now right and Hashem had sent her the right musical partner.

“I was very stuck and unsure. So, I spoke to the Biala Rebbe, Rav Benzion Rabinowitz, from Tzfat. He told me, ‘Not only can you, but you must!’”

She was told that she should be careful to label her music as kol isha. But she also understood, “Women are going to bring Moshiach. There are things I have to do. Times are changing and I must do it!”

This certainty about her mission helped her get over her fears. “Once you’re on the stage, adrenaline kicks in. I am good at acting, so I would pretend to be confident. My husband also gave me some Neuro-linguistic Programming (NLP) visualizations.”

It took Gerzi four and a half years to make Awakening, her first album. “I got sick. I ran out of money. Then I got a phone call from a recording studio whose owner wanted to record concerts for women. I was offered five free hours of recording studio time.” The studio owner was so moved by her music, he told Gerzi, “I feel this is a sign from God. I’m going to do all the mixing for you for free.”

With her second album in the works, Gerzi continues to serve as “the rebbetzin of a kehilla that is looking to open a moshav (cooperative community) based on sustainable living and using the four foundational principles that my husband, Rabbi Yehoshua Gerzi, writes and lectures about.” The foundational principles are physical, spiritual, emotional and financial health.

She also owns a sheitel salon that started out as a gemach. She sells high-end sheitels at a discount, as well as pre-owned shaitels and those donated to gemachim. Even with all that, Gerzi emphasized, “My family is my everything.”

Looking back, Gerzi realizes how far she’s come, for herself and also for her own daughters. “For years I would watch with joy when my brother, who is a fantastic chazzan, and my husband, who is an amazing musician, would sing at simchas. Yet, as joyful and proud as I was watching them, I can’t deny there was also a pain in my heart as I was not yet singing anywhere, ever.”

Today, she sings at women’s only events and fully expects that, “One day, my girls will be up there singing with me. I kid you not!

“I have no desire to sing in front of men. I just want to get in front of people. I’m so appreciative of where my life is. My purpose is not to connect to men, but to get that connection with other women.

“I honestly believe it’s opening up because it’s time for Moshiach. It’s the same scenario as Miriam. All over the world, people are opening up to spiritual wisdoms. New awareness has come to the world, the whole world. Now is the time for women to connect, support and respect one another and Moshiach is on his way. That’s truly what I believe.” 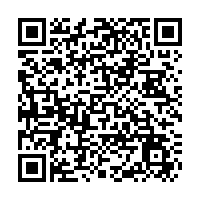