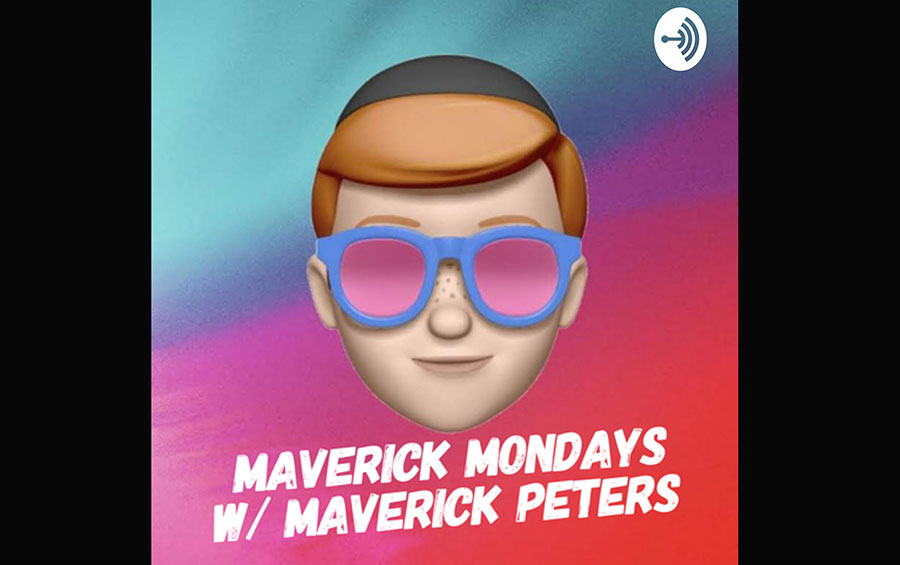 When his parents gave him the English name Maverick, it is questionable whether they thought it would come to characterize their son. A maverick is generally defined as someone who is unconventional or a non-conformist. Maverick (Avigdor) Peters is certainly not your run of the mill yeshiva graduate. He is a 22-year-old up and coming podcast host, living in Cleveland, Ohio. For those who are still not sure just what a podcast is, it is a series of spoken, audio episodes, often focused on a specific topic or theme. You can listen to a particular podcast by subscribing through an app on your phone or computer. In the last few years, podcasts have become increasingly popular. Many people prefer them because they can listen whenever they want – at any time of the day. 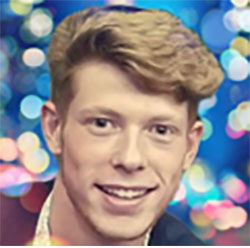 Maverick’s podcast, aptly titled, Maverick Mondays, features interviews with people who are inspirational, either because of their success in a particular facet of life, or in their way of handling a life event. Maverick believes that after a weekend of Shabbos and Sunday, it is hard to get back to the “real world,” and that people need an extra boost of motivation to help them face their own life challenges.


When he was still in high school in Telshe, Maverick made a list of possible jobs he would like to someday pursue. One of those listed was “radio.” After a year in Lakewood, when he returned to Cleveland, he realized it would not be realistic to land a job as a radio personality. But podcasts would allow him to pursue some of his ideas, and might eventually lead to a more permanent career path.

Setting out to create his podcast presented Maverick with a few unique challenges. He realized right off the bat that his bedroom would not exactly be a conducive place to interview important people, so he needed to find a location for his studio. He went to his rav, and asked if he could perhaps use an old storage closet in the shul. He would clean it out on his own time. After nine hours of ridding the small closet of an accumulation of years of discarded old clothes, books and other paraphernalia, there was room for 2 chairs, a computer and his recording equipment.

The next step was finding appropriate subjects to interview. In the almost six months since he began, Maverick has interviewed people who range the gamut from Rabbi Akiva Tatz, distinguished doctor and educator; the founder of Autism Speaks; the mayor of Beechwood, Ohio; a local entrepreneur who changed his life after losing 150 lbs; a noted orthopedist and a variety of people involved in professions that include chinuch, sports, law and business, among others.

In each interview, Maverick follows a question and answer format, trying to illicit from his guest how his life is influenced by his worldview. What is most impressive is that at the end of the podcast, Maverick reviews for his listeners the top 5 or 6 points brought out in the interview, so they have a real takeaway to keep with them during the week. He continues to find interesting people to interview, mostly through word of mouth suggestions. Often, one of his interviewees will suggest another person he thinks epitomizes his message of trying to find the positive elements in a challenging life event. 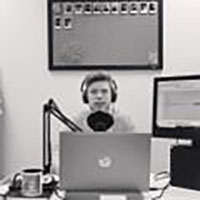 Each half hour podcast takes Maverick many hours to prepare. After his regular nine to five job, Maverick spends several hours editing his interviews, (he goes back to listen several times before the final edit) or responding to feedback he gets from listeners. With all that, he still finds time for nightly learning, and writes a weekly blog on the parsha, aptly titled, Divrei Mav, “essays on the weekly Torah portion geared toward personal growth and development.”

People have learned about Maverick Mondays, mostly through word of mouth. “I have friends in Israel, in Brooklyn, and in other cities, and they tell their friends, and it just gets around,” he explained. He welcomes listener feedback and tries to tweak his podcasts based on constructive suggestions he receives.

Over time, he hopes to expand his podcast, both in audience and in scope. He would like to branch out to do more marketing, and is also working on a book.

Maverick Peters wants to change the way people view their lives. He hopes to give them tools through his informative and inspirational podcasts, to make constructive inroads into dealing with their own life challenges.

To listen to Maverick Mondays, go to www.mvpodcasting.com.