Sometimes, Shai Shani had to crawl through dark and cold caves for hours. Other times, he jumped into a tumultuous ocean in the middle of a thunderstorm. This was not done to serve an adrenaline addiction, but rather served an example of what’s expected from soldiers who are in the IDF’s elite search and rescue unit, Unit 669.

Shani enlisted in 1980, only seven years after 669 was established, making him one of the first to serve in the highly-selective unit. And while most soldiers in elite combat units are trained to take lives, 669’s mission is to save them.


“The role of the unit of saving lives of soldiers, citizens and even enemies is so important,” Shani said, who served in 669 on and off for 20 years.

It was an incident during the First Lebanon War, which began in 1982, that ignited Shani’s passion to save lives. Then, he witnessed the remains of a helicopter that was shot down – on board were five fellow 669 officers. None survived.

That carnage compelled Shani to dedicate the rest of his life to finding people while they’re still alive and bringing them to safety.

And save lives he did. Some of them were not even Israeli or Jewish. Shani recalls parachuting off a helicopter in the middle of enemy territory in the West Bank to save a Palestinian family who had a severe car accident. In another incident during the Lebanon War, Shani recalls administering treatment to Lebanese prisoners of war.

Today, Shani lives in New York, but he’ll always have a soft-spot in his heart for the unit.

Which is why on Nov. 13, he and many other alumni in the New York area will reunite to give back to the unit that gave them so much. The American Friends of Unit 669 will host a gala dinner at the Museum of Jewish Heritage in Battery Park to help raise funds for the soldiers who are in the unit today and others who are having difficulty adjusting to civilian life.

After all, sacrificing one’s life to save another may be one of the noblest acts, but that doesn’t mean it’s an easy one. Many return home with acute symptoms of PTSD and some simply have difficulty re-entering the workforce after spending at least five years in service.

The night will also raise funds in order to have 669 alumni provide EMT training to local Jewish institutions all across the United States.

Thomas Shipley, an Ohio native who currently lives in Demarest, New Jersey, is looking forward to the night because he’s forever grateful for the work ethic his 669 experience instilled in him.

He recalls the grueling training period, where a group of 500 could be whittled down to as little as 13.

“When you have this intense focus, you manifest your reality,” he explained. “What you come to realize is that there’s just this quality of people that understand there’s no such thing as quitting.”

That ability to always take “one step forward” despite whatever obstacles are thrown in one’s way has changed his entire outlook on life and transformed him into the successful businessman he is today.

“Initially, I felt that I was contributing to the country, but in hindsight, I think the IDF really gave back to me. This philosophy of not giving has made me successful in business and in life,” Shipley, who owns a successful marketing company for the world’s leading cosmetic brands, said.

But most importantly, the evening is dedicated to raising awareness for a unit that saves lives for those in and out of uniform.

That’s because Unit 669 shows a face of the IDF that many outside of Israel are not familiar with. While Boycott, Divestment and Sanctions activists relish painting the IDF as a brutal, occupying force, 669 flips that narrative entirely – showing that Israeli troops save lives, regardless of one’s ethnicity or nationality.

“It’s important to buy more airplanes and guns, sure, but it’s important to support this unit because they’re a moral force, not only for the army, but for Israel,” Shani said. 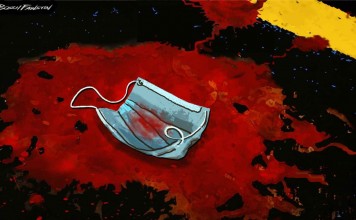 The Coronavirus Experts Were Wrong, Now They Need Scapegoats 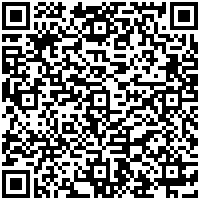