While many on the right are once again castigating Itamar Ben-Gvir, leader of Otzma Yehudit, for hurting the nationalist camp, Ben-Gvir told The Jewish Press that the current imbroglio the Knesset’s right-wing bloc finds itself in is of its own making.

The Jewish Press: You blame Benjamin Netanyahu and Naftali Bennett for the right not getting a majority of the vote in last week’s elections. Why?

Ben-Gvir: All throughout the campaign, I warned there would be no right-wing government without Otzma Yehudit, and that’s the sad situation [we’re in today]. Naftali Bennett knew it when he refused to give me a spot on the Yamina list, and Bibi knew it when we initially discussed my dropping out of the race.

I warned them again and again. This isn’t a personal issue due to my ego, as they like to maintain. They themselves turned their backs on the tens of thousands of voters whose ballots would have strengthened the right-wing bloc.

The people who vote for us do so for ideological reasons. They don’t vote for Likud and Yamina and their policies of compromise – whether it be over Eretz Yisrael or the Torah.

Bibi and Bennett knew what the outcome would be, and rejected us and our constituents anyway. Now they’re crying. But before they blame me for ruining their chances of winning additional mandates, they should ask themselves why they chose to bring this situation about. They are to blame, not me.

You reportedly offered to withdraw before the election if Netanyahu agreed to meet a series of demands. Its true that he refused, but why didn’t you drop out anyway when you realized your party likely wouldn’t pass the voter threshold?

We have an obligation to the people who vote for us to let their voice be heard. That’s what a democracy is all about. People have the right to vote for the party they believe in.

I asked Netanyahu to agree to things that are important to our followers and, in our eyes, important to Am Yisrael as a whole: to cancel the authority of the Wakf on the Temple Mount and allow Jewish prayer there, to stop channeling funds to Hamas, to evacuate the illegal Arab outpost of Khan al-Achmar, and to come out against a Palestinian state.

When he said “No” to everything, I told him that Otzma Yehudit would pull out if he consented to one thing only: the right of Jews to pray on the Temple Mount. But he said a change like that would bring a war upon Israel and he couldn’t agree to it.

It’s a good thing Netanyahu wasn’t in charge when Ben-Gurion proclaimed the establishment of Medinat Yisrael. He wouldn’t have had the nerve. 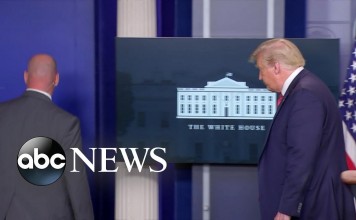 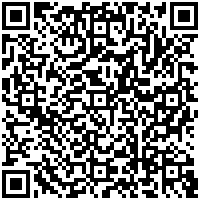