July 29, 2015. My youngest was going off to camp, leaving my husband and me home alone to enjoy a few weeks during which we intended to grab a quick vacation, eat cereal for dinner if we wanted to, and just spend some quiet time chilling at home.

And then the phone rang.

It was son-in-law number three calling to tell me that daughter number three (henceforth known as D3) had gone into labor.

Which would have been pretty exciting news, except for the fact that she wasn’t due for another ten weeks.

And that she was in Puerto Rico.

Ironically, the whole Puerto Rico thing had started two weeks earlier when the kids came for Shabbos and we discovered that we were both looking to take a short vacation. A Motzei Shabbos email from Dans Deals tipped us off to reasonable Puerto Rico flights and we booked trips a week apart, my daughter and her husband hoping to enjoy their last hurrah with their almost two year old before the baby arrived, and my husband and I flying down to San Juan a few days after they came home.

But as they say in Yiddish, a mentch tracht un Gut lacht, man plans and G-d laughs. And in this case, it sounded like G-d was having a really good laugh.

The next three hours went by in a blur. I spoke to D3 who had been admitted to the hospital and was going to be on bed rest for five weeks and suggested she make friends with the local Chabad shluchim ASAP in case she needed emergency babysitting services for her toddler. I put my youngest on the bus to camp, not saying a word to her because nothing was supposed to happen any time soon, so why worry her?

All seemed right with the world as I waved goodbye to the camp bus. Ten minutes later, as I was trying on sunglasses for my upcoming trip to the tropics, my phone chimed with a text from D3.

Oddly enough, that wasn’t even the scary text. What was infinitely more frightening was the next text, asking me to track down my son-in-law who had taken their two year old back to the hotel for a swim. All I could think of was that my daughter was having a baby on a Caribbean island, where they don’t even speak English, and she was completely and entirely alone.

I tried not to panic as I raced home, saying Tehillim the whole way. Miraculously my son-in-law and grandson somehow made it to the hospital in time and it wasn’t too much later that I got another text from D3.

Baruch Hashem, all was well with our 3 lb, 3 oz grandson, who was healthy but needed to grow larger than your average Shabbos chicken in order to be allowed out of the NICU. Within five hours I was on a plane to San Juan, without so much as a stitch of clothing for my new cutie. What else didn’t I have? Food, challah, candles or grape juice for Shabbos, which was just two days away.

The next day was a whirlwind of activity. I babysat my older grandson in the morning and visited the hospital later in the day. The baby was the tiniest thing I have ever seen, his leg only as wide as my thumb and his whole body dwarfed by his preemie diaper. With my husband coordinating arrangements from New York, I checked into a hotel near the hospital, with my son-in-law and my grandson, now a big brother, flying home to NYC that same night.

And there I was figuring out how to make Shabbos in San Juan. Thankfully, the kids had brought some food with them and they still had some chicken, tuna and some odds and ends left. The nearest supermarket turned out to be a Walmart just a ten minute walk away, a giant store with a distinctly creepy vibe filled with unfamiliar products, Spanish labels and, not surprisingly, not much in the way of Shabbos essentials. Combing the aisles, I found myself panicking as I searched for a challah substitute, the few kosher breads I could find all coming pre-sliced. In time I managed to fill my cart with fresh fruits and vegetables, canned corn, pickles, applesauce, chumus, preemie sized onesies and four carnations for D3. After all, she just had a baby – she deserved flowers, even if they were Walmart’s finest.

After being discharged from the hospital on Friday afternoon, D3 and I made our way to the hotel, stopping at Walgreens for some celebratory ice cream. Hoping to make D3 feel special, even though her husband was an ocean away and her baby in the NICU for the foreseeable future, I managed to decorate our room with streamers and balloons, the baby’s undershirts packed into a blue gift bag and the Walmart carnations tucked into a ribbon-wrapped empty Snapple bottle. Thankfully, Shabbos went well, with a mini shalom zachor complete with Puerto Rican beer and chickpeas and meals whose creativity hopefully made up for their unconventional components. Even our visits to see the baby were productive, as we managed to evade electric eyes on both the hospital and hotel doors while using cold water to wash our hands before entering the NICU, something the nurses thankfully didn’t notice.

The next few weeks were nothing short of crazy, as various relatives flew in and out so that there was always someone on the island for the baby, while others pitched in to watch his older brother whose easygoing and sociable personality served him well during those insane weeks. A truly generous soul lent us his fully kosher, beautifully furnished and WiFi equipped apartment for a few weeks at no cost so that we weren’t dealing with exorbitant hotel bills. We learned to make chocolate chip cookies in our grilled cheese maker, how to turn packaged cold cuts into panini in a George Foreman grill and how to navigate highways where every single sign was, not surprisingly, in Spanish. We even managed to find a GAP at a nearby mall that had preemie clothing and bought baby blankets and socks in Marshalls, all of which were way too big for our miniscule munchkin. In between, we dealt with an impending hurricane, the occasional power outage and challenging water restrictions that had faucets flowing freely just twice a day, from 6 to 8, both AM and PM.

And, of course, we spent hours in the NICU. We brought candy and cookies for the nurses, washed our hands a million times and nearly gave the nurses heart failure when my iPhone rang, its quacking ringtone leaving them scrambling to determine how a duck could have breached the NICU’s sterile environment. There were plenty of photo ops as the baby got bigger and bigger, and tear-filled moments when we saw other preemies leaving the NICU while it seemed like we might be there forever, or possibly even through the yomim tovim, a possibility that was too awful to contemplate. But even as the progress was slow, we appreciated how lucky we were that our baby was Baruch Hashem healthy and just needed to get bigger.

41 days after his unlikely arrival in Puerto Rico, it was finally time for the baby to come home. His bris was held exactly when it would have been had he showed up on time, with a packed house turning out to officially welcome Avraham Moshe Baruch to the tribe. I confess that I cried at that bris more than I ever have at any other, overwhelmed by the enormity of the situation and grateful for the many blessings we saw each and every day.

Fast forward a little to today, just a few weeks after D3 and her husband made an upsherin for what will likely be their only Puerto Rican child, one whose United States birth certificate is written entirely in Spanish and who we jokingly say will get into Harvard medical school on a minority scholarship. Three years after that fateful phone call, we are still so grateful for our living souvenir of Puerto Rico, a beautiful reminder to appreciate the brachos that are all around us, each and every day. 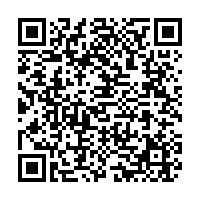