Just to give an example – Efrat was founded in 1983, and currently has slightly fewer than 8,000 residents. The number of households and residents has actually declined since the last mayoral election in 2008! Another Jerusalem satellite town, Maaleh Adumim, which lies to the northeast of Jerusalem (Efrat is to the south) and which was founded in the late 1970’s, currently has around 40,000 residents. Smaller towns around Efrat have grown by between 30 and 120 percent over the last five years. And they were all subject to the same “building freeze” that Efrat was. So there is, obviously, something missing here.

JP: Where is the new development supposed to take place?


Ben-Tzvi: The Eitam hill, which lies next to the Zayit hill and is Efrat’s largest and only remaining land reserve, and is expected to more than double the population of Efrat, was recently granted permission by government officials to begin use by agricultural projects. Unfortunately, the town has not pushed forward with this initiative, and we are at risk of losing the hill forever. You can imagine how different the future of the town will be if we lose Eitam hill.

One of the first things we will do after the election is make sure that these permits are fully utilized by the town and to create a permanent presence on the hill. We will also make sure that more than a hundred new caravans—housing for newlywed couples who are still serving in the army or studying—will be set up, to provide sufficient housing for the children of our townspeople and to seed the next generation who will, b’ezrat Hashem, go up to settle the Eitam hill.

JP: New caravans and new residents, but what about shuls for all these new residents? Isn’t it getting a bit crowded on your hilltop?

Ben-Tzvi: I’ve helped form new shuls in the Zayit, one of which has been davening in a caravan for a number of years, but its been difficult getting past some of the bureaucratic obstacles involved in getting construction started. I plan on working to ensure that the taxes that the residents of Efrat have paid, earmarked for shuls, are released to them to build their local shuls.

JP: What is the significance of a new immigrant taking part in the council?

Ben-Tzvi:Efrat has a reputation as being “full of Americans.” The reality is that while there’s a significant number of people in Efrat who made aliyah from America (and the UK, which is where Naomi, my wife is from), I can only think of one or two olim who have served on the town council the past few years. There is a complicated administrative and legal bureaucracy to deal with in running a town, and olim generally have their own “package” of integration difficulties to overcome. Though I moved to Israel as an adult, I have been here for a while, and speak the language.

It is truly a privilege to be given this opportunity to run for the town council. It goes without saying that the opportunity to serve on a Jewish city council in the Jewish state is something which my great-grandparents could only have dreamed about. 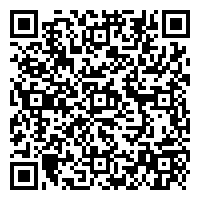