On a hot mid-August day in Boston, when many of the city’s tens of thousands of college students had yet to arrive in their parents’ SUVs and U-Haul trucks, more than 60 pro-Israel student leaders from across North America huddled together in a hotel.

While most people their age might be holding down gritty summer jobs or vacationing on a beach, these students were passionately discussing topics ranging from anti-Israel media bias to the Boycott, Divestment, and Sanctions (BDS) movement to the persecution of Middle East Christians.


It was all part of the Aug. 16-19 Student Leadership and Advocacy Training Conference of the Committee for Accuracy in Middle East Reporting in America (CAMERA).

CAMERA, a media watchdog organization that doesn’t hesitate to take on giants like The New York Times or the Associated Press when it sees inaccuracies or bias, imparts the same type of fearless attitude when it comes to anti-Israel activity on college campuses.

“These kids are facing profound hostility on campus,” said Gilad Skolnick, CAMERA’s director of student programming. “Pro-Israel students are being bullied. That’s why our conference is of such high importance.”

In addition to teaching debate tactics and how to build a successful pro-Israel group, one of the major goals of the conference was to foster a sense of solidarity among student leaders.

“My biggest takeaway is that there are so many people who share the same views as me,” Daphne Osakwe, of the University of Windsor in Ontario, told JNS.

“That has really motivated me to work harder because I have learned so much from the experiences of these other students that I could use to help support the Zionist movement on my campus.”

Osakwe, like many other students at the CAMERA conference, described an extremely hostile campus environment when it comes to the issue of Israel.

“We have a very small Jewish community at our school and a very large Arab Muslim community who pushed through BDS campaigns,” said Osakwe, who comes from a multinational family with members from Africa, South America, and Israel.

“As a black woman who is also Jewish, I want to be able to stand up for myself and others who are like me,” she added.

In 2014, the University of Windsor Students’ Alliance became the first student union in Canada to approve a pro-BDS resolution through an undergraduate referendum. The vote came after attack against the school’s vice president of academic affairs, Jake DeJong, whose office was broken into and vandalized, with his Support Our Troops flag defaced with a Star of David and the word “Zionist.”

Jason Storch, a junior at Vassar College in Poughkeepsie, N.Y., said that school’s branch of the anti-Israel group Students for Justice in Palestine (SJP) is known as one of the more “militant” SJP chapters. In 2014, Vassar SJP published a Nazi propaganda poster on its Tumblr social media account.

“What drew me to CAMERA was an urgent need for a voice. I just want to have conversations with people on campus that don’t escalate into shouting matches or walkouts,” Storch told JNS.

Storch said nearly everyone on his campus is in agreement that Israel in the wrong, and that there has “been a lot of terrible things said about Jews and Israel” from both students and faculty.

In addition to the Nazi cartoon used by SJP, dozens of Vassar faculty members published an open letter in Miscellany News, the school newspaper, criticizing the decision by Vassar President Catherine Bond Hill to condemn the American Studies Association’s academic boycott of Israel in 2013. 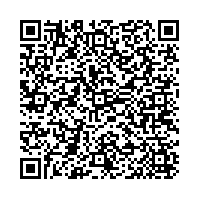