ZOA Israel Director Jeff Daube is no stranger to using his talents as an advocate on behalf of Israel. Having made aliyah over a decade ago, Daube puts those talents to work for the ZOA and other organizations that fight for the rights of a greater Israel.


The Jewish Press: In addition to your role with the Zionist Organization of America, you serve as the co-chair of Legal Grounds. Can you describe the goals and activities of this campaign?

Daube: Legal Grounds was established in 2014 as a grassroots initiative. I primarily work to carry on a conversation with leadership here in Israel and in the United States, with the goal of encouraging Knesset members and the Israeli Foreign Affairs Ministry to speak out more consistently and vocally about Israel’s legal rights in Judea and Samaria. I go to Washington twice a year and I work to let American leadership know that our Israeli leadership feels very strongly about establishing those rights.

In addition to our government outreach, we work through the media, videos, and even a law clinic. When we found out that Israeli law students from Tel Aviv University, Hebrew University, and Bar Ilan University were attending law clinics from extreme left organizations, we realized we had to offer law clinics with our interpretation of international law.

What distinguishes your group from others that work for Israel’s legal rights, and are the policies you advocate aligned with ZOA policies?

The Legal Grounds campaign is an effort to address the apolitical foundational elements of our legal rights in Judea and Samaria. As opposed to some organizations, we are not advocating for any one of the number of alternatives but rather presenting these as alternatives to the infamous, unsuccessful two state approach.

ZOA comes into play here because it has been very much against the Palestinian state approach. ZOA president Mort Klein insists that we not even call it a two-state solution because that implies that our legitimacy and sovereignty is conditional upon the creation of another state. ZOA also believes that this is not an occupation. So Legal Grounds and ZOA are on exactly the same page and work together.

Yes. Here in Israel there are many Israelis who are ahead of the American curve. A number of years ago they realized this whole peace process was going nowhere. It was all about process and nothing about peace. Israelis sadly came to understand that and they became less delusional about this long before much of the American Jewish public. Because there was a very strong security and intelligence relationship between the two countries, we didn’t want to jeopardize our relationship with America during the Obama years. We were basically going through the paces here, but everybody realized this was not going to result in a kumbaya moment.

In terms of going forward with the new Trump administration, it is very much in our hands right now. This is what Legal Grounds has been trying to tell the Israeli leadership. When I go over to Washington and argue for funding for Jewish communities over the green line, I hear from many members of Congress that “We’re with you 200 percent, but you have got to get your leadership in Israel to speak up about this.” The Trump administration is waiting to hear our suggestions. They are looking to us to be proactive and speak out about what we would like.

When I was in Washington the week after the election, they were telling me, “Why are you still practicing Obama-era incrementalism? You should be asking for more.” So I took that to heart and told leadership here that it’s about time we stepped out of the shadows and start articulating exactly what kind of cooperation we would like to see from the American government and what kind of initiatives we should suggest. It’s got to come from Israel. American leaders tell me they can’t be more Zionist than the leadership in Israel.

While Legal Grounds and other organizations fight to further Jewish legal and historical claims to Israel, Israel seems to be losing the cultural war, especially on American college campuses, among liberal groups and the younger generation. What would you suggest to combat this trend?

I have been suggesting that there be a very concerted effort to make the case on a person to person level. ZOA is all about historical precedent, statistical data, and the pursuit of the truth. Unfortunately, that is not what works with the younger generation these days. You give them a social justice cause and that’s what really turns them on. The American Muslim Council or Students for Justice in Palestine talk about justice, equality, humanity, and anti-colonialism. They end up winning hearts and minds. I put hearts here before minds for a good reason because these days it’s all about one’s feelings. The only person whose feelings seem to count for nothing is the Jewish pro-Israel or Zionist student on campus.

What I would suggest is getting a massive exchange program going here. Send Israelis over to America so they can learn what we are like and bring many young Americans over to Israel so they can meet Israelis face to face. Once you do that you will have won at least half the battle. The Palestinians do this so well. They have all kinds of programs, like Green Olive Tours, Encounters Program, Birthright Extend Program, and Birthright Unplug Program.

After students have a wonderful experience with Birthright Israel for ten days, they will see a Facebook ad inviting them to go over to Bethlehem or Ramallah. These students end up going there, the Palestinians feed them, and they get to know the people. And the Palestinians turn them around 180 degrees. Americans need to visit holy sites in Israel but they need to visit the holy people here as well.

You also serve as co-chair of the International Committee for the Preservation of Har Hazeitim. Can you talk about your work and describe the conditions on Har Hazeitim before and after your involvement?

I work on the committee along with Harvey Schwartz, Menachem Lubinsky, and Abe Lubinsky. Before we got involved in 2010, Har Hazeitim was completely neglected and desecrated. There was garbage strewn all over the place, tombstones were tipped over, broken, and vandalized. The Arabs were having donkey races through the cemetery; they used the tombstones as soccer goal posts; and there was traffic going through the cemetery. Visitors were getting stoned regularly and attacked with mortars, fireworks, and firebombs.

The contrast now has been absolutely remarkable. It’s much, much cleaner. And people feel safer. We have not had a grave desecrated since October 2015 and the number of incidents of stoning, firebombing, and shooting fireworks has gone done tremendously. We are planning a beautiful visitor center and a permanent police station in it. And the government had been putting up a very substantial barrier around the cemetery, at the cost of close to 4 million shekel, which allows the police to better manage the area by just a few entry and egress points.

We are also involved in a massive restoration project. The Jordanians destroyed over 45,000 graves on Har Hazeitim when it was under their control. They used them for latrines and pathways going to the Jordanian army base. The Israeli government took care of about 22,000 of those and we’re involved in rehabilitating the other 23,000.

As a former New Yorker, I remember what Mayor Giuliani was able to do with Central Park, which had been a virtual war zone. He brought in all kinds of cultural events and that in turn brought in enormous crowds. Criminals don’t like crowds. I am trying to “Giulianize” Har Hazeitim by bringing people there. We have had events and concerts there, including one on the yahrzeit of Cantor Yossele Rosenblatt, who is buried there. Har Hazeitim is an educational trove. The Ohr Hachaim, Rav Kook, Menachem Begin, Shai Agnon, and list goes on, are all buried there. It is the greatest repository of Jewish history in the world. We have got to bring tourists and students there. If you bring the crowds there, a lot of the problems will disappear.

Why did it take Americans to get this project done when it’s a problem the Israeli government should have addressed?

It became an American issue because unfortunately Americans who have gone to visit the kever of a loved one have gotten stoned. And there are over two thousand Americans buried on Har Hazeitim. But sometimes things are not noticed until a problem is pointed out. When Menachem Lubinsky saw the conditions on Har Hazeitim, he was determined to do something about it. Now members of Knesset agree it’s shameful that it took Americans from Brooklyn to come to Israel and tell the Israelis to do what they should have done themselves.

How is this sentiment of regret translated into action?

Knesset members are now setting aside funding for it. They are listening because they are conscious of their image in chutz la’aretz and they do not want that image tarnished. There are thousands upon thousands of American and French Jews buried there, and the Israeli government wants to maintain a positive image.

For example, the area around the kever of the famed Rav Ovadia me’Bartenura is a mess. When I recently showed a picture of what the area looked like to Knesset Member Yoav Ben Tzur from Shas, he was horrified. There were Arabs shooting up with drugs and lying over the kever. When he saw it he committed immediately to take care of it. Other Knesset members have also committed to deal with problems there and have pledged to have budgets and security remain in place.

There is a strategic element here too. Har Hazeitim is a natural choke point because it cuts the 38,000 structures of illegal Arab building from Ramallah in the north to Bethlehem in the south. Har Hazeitim sticks out into what we call the Jerusalem Gaza Strip like a bone in somebody’s throat, so it’s very important for us to maintain Jewish Israeli control over that area. Har Hazeitim is very much the national cemetery of the Jewish people worldwide. A lot of positive efforts are underway and they need to be continued. 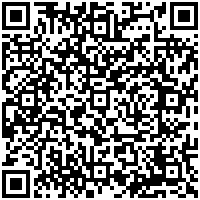