Gifted with the ability to pick up music by ear from the age of five, Dalia Schusterman has no memory of life before music.

Raised in a modern Orthodox community in suburban DC, she graduated from public high school, after attending a private school where she and her sister were the only Jews. Of that time in her life, Schusterman said, “Spirituality was always close to me. I was always talking to Hashem.” However, what she would later know as “the richness of Judaism” was absent from her teenage years. “I didn’t connect to what was around me,” she explained.


“In high school, I gravitated to the artists. I was always expressive.”

Then, at a New Year’s Eve party when she was 16, something happened that changed the course of her life.

“I witnessed people going to the stage during the band break, jumping on instruments and jamming. I thought to myself, ‘I know I have music inside. I’ll just give it a try.’ I started on the tambourine. Then I went to the bongos. My hands intuitively knew what to do. It just kind of flowed. There were two huge congas in center stage. I walked over and started playing, playing, playing. At one point, I looked up, realized I was the only one left on stage and saw the whole room dancing to what I was doing. After that, my life totally took a turn.”

For the next four years, Shusterman toured the world with a pair of bongos, spending a year in Israel finishing high school and landing in New Orleans. “I have a natural understanding, a sense for music. It’s a feeling of knowing what to do. Hashem opened that channel for me in a big way. In New Orleans, I got a variety of reactions for being a white girl playing African drums. Little did they know about my African roots through my Moroccan mother.

“The more people saw me play, the more offers I got. I ended up playing so many different kinds of music. No matter where I went in life, Hashem just kept putting me on stage.”

At 20, it was time to move on. Schusterman enrolled in college where, after years of doing hand percussion, she pieced together a drum set and taught herself how to play with drumsticks.

Through connections on campus, she was invited to join a rock band. “Hashem would implant these visions. It was so clear to me that it was going to happen. We toured the US and Europe and did rock festivals. We played on the BBC, had original music mastered at Abby Road Studio, we were in magazines, the whole deal.”

During this time, Shusterman was “totally not religious, but struggling. As connected as I felt when I was playing on stage, I’d walk off stage and feel empty. The world of rock and roll is very dark, filled with sensitive souls who are trying to make sense of life’s chaos. Without chassidus and without Torah, the quest for balance seemed virtually impossible.

“I had a deep spiritual longing and I didn’t have the tools or the language to address it. After our last tour, I decided it was not the life I wanted.”

Thus did her phase of earnest spiritual searching begin. A chance meeting on the Lower East Side with a Jew named Mordechai “who grew up with the [Lubavitch] Rebbe and looked like a hipster, made my eyeballs pop out of my head and unwittingly helped spearhead my next detour.”

Although Mordechai had essentially left the Lubavitch world at a time when, according to Schusterman, “There was nothing in the chassidic world for artistic types,” he was her entrée into Crown Heights.

Through Mordechai, she met Paz, the man she eventually married. “I was one step off the tour bus and he was one test away from smicha,” she said, noting the unlikelihood of their match. “I was still wearing pink corduroy pants. Having mastered copious amounts of deep learning in very short time, and being of exceptional character, Paz was a star bochur. People were talking him out of getting engaged to me and trying to set him up with [the cream of] the chassidic world.”

Nevertheless, the improbable pair married and moved to LA. “I met all these chassidic hipsters, made Jewish friends for the first time in my life, and my relationship with the rock scene dissolved. I got married, got pregnant and became a mother. The first time I wore a sheitel was at the bris of my first son.”

As a young wife and mother, Schusterman gave up music completely. “I didn’t know what I was doing in this new life. I thought, ‘It can’t be the end of the story of music.’ I asked Hashem, ‘Please show me what You want the next chapter to be.’”

In 2005, in an inspired moment, the name Bulletproof Stockings came to Shusterman. She and her husband agreed that it was a perfect name for a chassidic women’s rock band. “I knew I wanted to make a rock band for the kind of music I played, but in a Jewish, feminine context.”

Dalia and Paz had four sons before Paz’s sudden death at the age of 36.

During shiva, an acquaintance from the Chabad community flew from LA to assist. “He moved into my parents’ house and saved my life.” Shusterman felt the embrace of the larger Chabad community, who took care of her and children while she tried to rebuild her life. “I knew life wasn’t just that I should have four babies and lose my husband.”

Unwilling to return to LA, Schusterman resettled in Crown Heights. Her drums remained “zipped up in a closet.” The most pressing issues became, “How do I function? How do I build? There was a lot to figure out. I was not thinking of music.”

One rainy night in Crown Heights, she went out to meet Perl Wolfe. The two “connected pretty quickly” and formed the chassidic rock band Bulletproof Stockings, exactly as Schusterman imagined it. The band played for four years to enormous acclaim.

How did Schusterman, with years of experience performing for mixed audience, adjust to playing exclusively for women? “It’s actually more freeing. I didn’t have to highlight nor censor parts of myself in order to create the ephemeral balance between appealing and appropriate. All I had to do was sing from all of me. It was unbelievably liberating in that way.”

Today, she plays with The New Moon All Stars, a Jewish women’s band. “In this new band, we play for all kinds of audiences, including the women of the Satmar community in Williamsburg.”

Occasionally, she’s played drums for women at weddings. Though it’s too early to tell whether this trend will take hold, “A live performance adds a whole level of celebration for the women,” she said.

Commenting on cultural changes that impact Jewish women, Shusterman concluded, “Things have changed and are definitely moving. Chazal say that Moshiach is to come through the women. According to kabbalah, we are headed towards the universal era of woman, when the feminine aspect of existence will come into all its destined glory.

“Gathering women through music, we’re creating a space where women can acclimate to that new world, where they can let themselves unfold their wings and dust off the ages of limited expression. We’re at the dawn of a new world coming and these are the footsteps of that coming.” 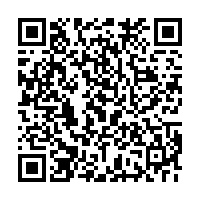