When New York reporter Abraham Rabinovich traveled to Israel a week before the Six-Day War, he planned on returning within a month. Forty-seven years later, he is still there. “It was just too exciting, so I stayed on,” he told The Jewish Press.

Rabinovich is the author of several popular books on Israel’s wars, including The Battle for Jerusalem, The Yom Kippur War, and The Boats of Cherbourg. In July, he revised his 1988 work, Jerusalem on Earth, and published it as an e-book. Based on his years covering Jerusalem for The Jerusalem Post, the book includes chapters on the man who translated the Mishnah into Arabic, the haredi radical who loved Nietzsche, and the first white woman to be accepted as a nun in the Ethiopian church.

The Jewish Press: What was your most interesting discovery during the years you covered Jerusalem as a reporter?

Rabinovich: One thing was the spy the police sent to Mea Shearim to penetrate a group that had begun painting the graves of national leaders like Herzl, among other things.

I had many connections in Mea Shearim including someone studying in a yeshiva called Torah v’Yirah, which is a Neturei Karta stronghold. I asked this fellow, “If the police tried inserting an agent to find out who’s behind all this, do you think they could succeed?” He said, “No, everybody knows everybody here. There isn’t anybody who shouldn’t be here.”

So when the police decided to infiltrate somebody, they picked a young policeman who presented himself in civilian clothes at one of the chozrim b’teshuvah yeshivot on the fringe of Mea Shearim. He was welcomed, he applied himself, and after only a few weeks, he went to the rosh yeshiva and said, “I’d like to do something more, I’d like to go to one of Mea Shearim yeshivos.”

So the rosh yeshiva wrote him a letter of recommendation, and he ended up in Torah v’Yirah – the very yeshiva where the fellow who said there could never be a police infiltrator studied!

This went on for about four months until they saw what a nice and diligent fellow he was and decided it was time for a shidduch.

That was a signal for him to get out. He told them his grandfather in New York was dying and needed to go see him. His friends in the yeshiva insisted on accompanying him to the airport, which they did. He went to the men’s room, waited a long time, changed into civilian clothes, and then went home.

Every year, tourists in Jerusalem – both Jews and Christians – have hallucinations and see themselves as the Messiah, Jesus, or Eliyahu Hanavi. They may display themselves in public wearing sheets and their general behavior is irrational. So they’re taken to a psychiatric facility on the edge of the city and housed there for a few days. They gradually calm down, and when they’re considered okay more or less, they’re put on a plane home.

Is the “Jerusalem syndrome” an official psychological designation?

It’s not a clinical name. It’s a journalistic name. It’s how people refer to it. The Christian Australian who burned down the Al Aqsa mosque had this syndrome.

You’ve written books on the Six-Day War and the Yom Kippur War. What do you think is least known about these wars?

I’ll give you one thing. In the cabinet’s discussion about what to do with the Old City during the Six-Day War, it was the religious ministers who were the most hesitant. They were afraid of how the world would look at Jews having sovereignty over Christian and Muslim holy places. They thought the world would never tolerate it and come down on Israel’s head, so they suggested not going into the Old City. 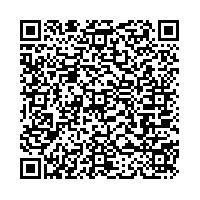