Over the past year, Israel’s intelligence agency has popped up in the media numerous times. The range of topics include blaming former intelligence agents of interfering with American politics, praising an operation which utilized a fake diving resort to save thousands of Ethiopian Jews from Sudan, and a full length New York Times article tying an assassination in Malaysia to “a broader operation ordered by the Mossad chief, Yossi Cohen, to dismantle… Gaza’s most promising scientists and engineers overseas.”

But the “coup de grâce” came when Israel’s prime minister took a shot at the Iran deal by publicizing the most overt covert heist in modern history. In a televised PowerPoint presentation from the Defense Ministry in Tel Aviv, Prime Minister Benjamin Netanyahu detailed the bold Mossad mission to infiltrate the heart of Iran and return with over 100,000 “secret” files outlining the Iranian nuclear weapons program. Nine days later, President Trump announced he was pulling out of the Iran deal and gave Israeli intelligence credit for his decision.


Since its inception in 1949, the might of the Mossad has been immortalized in our cultural imagination with films like “Munich”, a character like “Agent David” on the television show “NCIS,” and even a full-on Mossad superheroine featured in the Marvel Comics universe. Whether by intentional design or Intentional Design (aka “Divine Providence”), the Mossad is indisputably one of the worlds most feared spy agencies with its operations shrouded in a mystique of mythical proportions.

So imagine my excitement when a good friend introduced me to the author of the New York Times bestseller Rise And Kill First, the first definitive history of the Israeli intelligence apparatus. Son of a Polish Holocaust survivor and a proud Israeli, journalist and military analyst, Dr. Ronen Bergman embarked on a decade long investigation to unearth the behind-the-scenes story of how the Mossad rose to power and notoriety (and the thorny ethical questions involved in an organization famous for its targeted killing campaigns). What makes his book different than other books or documentaries about the Mossad is the exclusive access he obtained to thousands of never-before-reported documents and hundreds of on-the-record interviews with former and current members of Israel’s military and intelligence service, including Prime Ministers Shimon Peres, Ehud Barak, Ariel Sharon, and Benjamin Netanyahu. In the words of the famous British MI6 agent John Le Carre, “[Bergman’s] material is stark and sensational… the result is important, timely and informative, and a compelling read whatever your point of view.”

As the only rabbi to sit down with Ronen for a Q&A, I feel compelled to point out that on the very first page he references a quote from the Talmud that became the source of the books title –

“If someone comes to kill you, rise up and kill him first” (Sanhedrin, 72a). This is taken from a section in the Talmud discussing the Biblical verse “A burglar who is found breaking into a house may be killed by the owner of the house with impunity” (Shemos, 22:1). The 4th century sage Rava, rationalizes that “…there is a presumption that a person does not restrain himself when faced with losing his money, and therefore this burglar must have said to himself: If I go in and the owner sees me, he will rise against me and not allow me to steal from him, and if he rises against me, I will kill him. And there is a Torah axiom that: If someone comes to kill you, rise and kill him first.”

Significantly, since there is no explicit Biblical verse containing this axiom, the Talmudic passage Ronen quotes has become the authoritative mandate for all cases of self-defense in Judaism. This extends to permitting preemptive military procedures as codified into Jewish law (Shulchan Aruch, Orach Chayyim 329:6, 7) and is expounded upon by Rabbi Yechiel Michel Epstein, a world-renowned 19th century sage, who adds that these procedures are permitted “…even when there is only a suspicion that they may attack us” (Aruch HaShulchan He’Atid, Hilchot Melachim 74:3-4).

On the flip side, Rava notes in the same original tractate, daf 74a, “Allow yourself to be killed, but you may not kill another. Who says that your blood is redder than his? Perhaps his blood is redder than yours.” This seems to stem from the Torah’s value of “life” itself. Whether it’s valuing life over religious adherence (Yoma 84b), granting special protection to fruit trees that sustain life (Devarim 20:19), or even toasting “L’chaim – to life” at Jewish events (Machzor Vitri 80, Shnayim), the spirituality of the Torah is anchored with “Keep my statutes… and live by them” (Vayikra 18:5). Perhaps this is best expressed with the famous statement of the Talmud “whoever saves a life is as if he saved an entire world” (Sanhedrin, 37a).

The tension between the moral mandate to preserve life and the extenuating circumstances that would permit taking it can subtly be seen in the syntax of the very sentence Ronen uses as the books title. My father, Rabbi Benzion Welton, shared with me that his teacher once told him that in the original Aramaic, Rava’s axiom accurately translates not as ““rise up and kill him first” but “Habah l’hargecha hashkem L’hargo – if someone comes to kill you, rise up to kill him first.” Although too subtle a distinction to change its pragmatic application, my father sees this as Rava extorting the reader to project military preparedness and intimidate the enemy thereby “rising up to kill them” whilst simultaneously doing whatever you can to not actually cause loss of life. It’s a similar tension that we witness in the opening chapter of Ronen’s book where Meir Dagan, former head of the Mossad, makes the argument for the morality of targeted assassinations because they prevent the agony and mass killing of an all-out war. It is these types of philosophical, ethical, and theological issues that lay in the shadows of every juicy story in the book.

Olam Yehudi: One of the things I liked about your book is how you attempt to remain apolitical and transmit the contents of your interviews directly to the reader.

Ronen Bergman: “Well, since the book came out, I’ve been attacked from all political sides with some calling me a “Mossad propagandist” and others claiming I’m “anti-Israel.” Yet, except for the prologue, there is only one place in the book where I use first person as I did not want this to be a glorified op-ed, [I wanted] but to try and get the facts right about the history of Israeli intelligence. One of the reasons it took me so many years to write this book is because I decided to disregard, at least in terms of research, everything that had been published previously on the Mossad. Although I enjoy writing on a variety of topics, I think that these “James Bond stories” are not just really interesting, but that one can not understand the history of Israel correctly without understanding her military intelligence correctly. Only in 1989 did the world begin to realize the historical extent of Israeli intelligence and the enormous relevance it has to democracies today that are fighting terrorism locally or internationally.”

OY: So you don’t think this book is making Israel vulnerable by exposing “trade-secrets”?

RB: “Above all, I am an Israeli citizen and patriot and will do nothing to harm my country’s national security. I just don’t think describing its failures will jeopardize that security. On the contrary, I think one of the most important secret weapons of Israel is what allowed me to even write this book in the first place: democracy. In an era where covert operations around the globe are becoming more and more secretive, I believe it puts an onus on us, journalists, historians and authors, to fulfill our sacred obligation to represent the public’s right for scrutiny over the intelligence community.”

OY: But is it good or bad for the Jews?

RB: “I think it’s truthful. You know, pulitzer-prize winner Tim Weiner wrote Legacy of Ashes about the history of the CIA which was extremely critical. If you read the last page of my book, you’ll see my take on the Mossad is actually quite positive. My purpose all-along has not been to serve any agenda or political faction, but to honestly tell the story of what I consider to be one of the best intelligence communities in the world.”

OY: What would you say are the most important habits needed to be a successful investigative journalist?

RB: “First, be curious and fascinated with details. Second, you must find a way to make people talk, no matter what code you have to come up with to persuade someone who has no interest into giving you the time of day. And, if they’re overly eager to talk to you, remember that their agenda should only affect you vis-a-vis their reliability. Finally, you must be loyal to yourself and fear nothing. I’m not talking about physical dangers, but about being afraid of who you’re going to flatter or who will hate you. If that’s your calculation, you’ll go nowhere.”

OY: One last question, what do you love most about being a Jew?

RB: “I love being part of a tribe with an ancient history that is still vibrant thousands of years since its inception. Today, when I meet Jews worldwide with an entirely different culture and entirely different language, I connect with them over our shared pride in our history and humanitarian values. I think that’s why my favorite holiday is Passover, particularly the night of the Seder. Yom Kippur is obviously the most important and vivid but I can’t say I “love it” because the pervading theme is the struggling sinner beseeching God to be written in the Book of Life. But for me, I just love the night of the Seder. I don’t come from a religious family but it inspires me how we sit down every year to meticulously repeat the story of our ancestors. This year, I did it for the first time in my own home with my fiance Yana and we had her mother and thirty guests join us. It was great!” 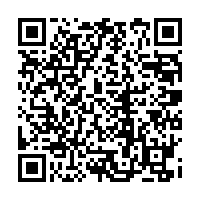