From behind, you would never be able to tell the difference. At the front of the shul, Aaron Tauber sways back and forth in his tallis with the best of them, leading the congregation through Mincha of Yom Kippur. But if you can catch a glimpse from a different angle, you would see his fingers firmly brushing across the pages feeling for the Braille bumps that provide the contours outlining the tefillah.

It is scenarios such as this one that give the staff of JBI International the impetus to continue their valuable work. Founded by Leopold Dubov in 1931 as the Jewish Braille Institute of America, the organization has come a long way from its humble roots.  Leopold Dubov was totally blind from the age of six. Together with a lawyer acquaintance by the name of Samuel Wachtell and Rabbi Michael Aaronson of Cincinnati, who had been blinded in the trenches of World War I, they established the organization in a small Bronx apartment, never dreaming that it would become the world’s largest Jewish library for the blind and visually impaired.


It currently services 35,000 individuals, spanning 30 countries, across 6 continents. The sole criterion for receiving this assistance is that an individual be legally blind, meaning that he or she cannot read standard print even with corrective lenses. Once that has been established, there is a selection of 13,000 titles available in audiobook, large print, or Braille format. In recognition of the vastness of JBI’s collection of materials available for loan, it was granted status as the Affiliate Library of the Library of Congress’ National Service for the Blind and Physically Handicapped. Despite the grandiose nature of the title, its mission remains the same: to enable those who are visually impaired to remain engaged in the Jewish community and culture. To this end, the collection of materials that JBI maintains is labeled “Jewish interest.” The term, however, is broadly defined so that it includes a variety of fiction, biographies, periodicals, short stories, poetry, and cookbooks – all with subject matters that would be of interest to Jews of many stripes.

Audiobooks – or as JBI refers to them: Talking Books – are recorded at the JBI headquarters in Manhattan by volunteers who have passed an audition. The audition is important because it assures the quality of the resulting Talking Book. It is necessary for the reader to speak clearly and have an engaging tone of voice, otherwise the listener will be bored no matter how exciting the material. After the book is recorded, the sound file is reviewed while being compared to the actual text to ensure its accuracy. Important mistakes are caught this way, such as a volunteer who accidentally said, “Mt. Arafat” instead of “Mt. Ararat” when reading about the docking of Noach’s teivah.

Once the recording and review process is complete, the Talking Book is saved on a special digital cartridge that can only be played using a special machine which the Library of Congress provides free of charge to anyone with a disability. Because the files are currently saved on a server it is easy for JBI to copy it as many times as necessary. Copyright laws do not apply to copying done to help people who are disabled. The special cartridges help ensure that these books only go to those with a verified need.

Before the advent of the Digital Age these recordings were done on reels which have a much smaller capacity than the digital files of today. A book could take up as many as 147 reels which where then converted to special cassettes. In its archives, the JBI has 68,000 master reels which it is in the process of converting to digital files. 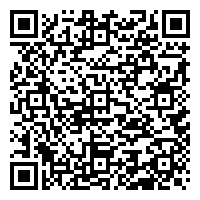