Mrs. Debbie Fox of LA shares her vision and passion for the work she’s involved in – saving our children by protecting them from sexual predators. She explains the objective of her organization, Magen Yeladim International: To create a safer community for our children through awareness and education at all levels of Jewish society.

Magen Yeladim International opened its doors one year ago, but its roots go deeper. Thirteen years ago Debbie developed the Aleinu program, an Orthodox counseling program at Jewish Family Services in LA. Five years later, she started the child safety programs. “At that time, in a six month period we received several reports of sexual abuse,” Debbie relates. “After three such incidents we realized we had to do something. So together with a rabbinic board that runs across the religious spectrum we, the mental health professionals of JFS, sat down and worked out a plan how as a community we could take a stand to prevent this abuse.”

The first step, carefully chosen by the rabbanim in order to prevent sexual abuse from occurring in schools, was hammering out a conduct and behavioral standards policy. The purpose of this policy was to help the teachers learn how to keep themselves and the children in their charge safe. The policy speaks about professionalism, the importance of keeping boundaries as well as the types of boundaries. For example, every classroom should have a window, a child should never be alone with a teacher in a locked room where he/she cannot be seen by another, a child cannot be touched under the shoulder by a teacher and if the child is being touched above the shoulder it is best to be in a public place.

Additionally, a teacher is not permitted to show anything inappropriate to a child or speak about anything inappropriate. That includes inappropriate Facebook stuff. It took the organization almost a year to develop this policy. At its completion, the group sent it to Rav Shmuel Kamenetsky. He highly endorsed it and encouraged all teachers to sign it. It was then sent to principals and mental health professionals across the country.

Of course, concedes Debbie, a real sex offender can easily sign a policy and then go ahead and transgress every law. The point of the policy, she maintains, is to show these offenders that they are no longer in a safe environment to practice their nefarious activities. If a principal on the point of hiring shows this policy to a perpetrator, the hope is the perpetrator will think twice before accepting the position knowing this type of offensive behavior is given top priority in this school. Part of the policy is also that if one teacher sees another breaking the rules, he is obligated to bring it to the attention of the administration. If he sees a student in a locked room with the windows covered, for example, he must immediately disclose it.

The goal, Debbie stresses, is educating the schools on guidelines, boundaries and total transparency. In this way we create an environment of safety for our children.

Debbie claims the experience of presenting their program in Orthodox communities across North America, in schools ranging from Modern Orthodox to Chassidic, has been overwhelmingly positive. Currently Magen Yeladim International has programs in schools in Toronto, Chicago, Miami, Cleveland, St Louis, Los Angeles, Crown Heights, Clifton and Elizabeth, NJ, Waterbury, Postville Iowa, Far Rockaway and Queens. She has found that once a school sees how culturally sensitive the program is they are very receptive. 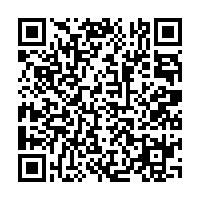