In 1953, the Knesset enacted the Yad Vashem Law, establishing the Martyrs’ and Heroes’ Remembrance Authority, which is entrusted with establishing memorial projects, conducting research, gathering testimony, and publishing Holocaust records and memoirs. Its aim is to chronicle the horrors of the Holocaust, document Jewish heroism during the period, acknowledge the acts of Righteous Gentiles, and impart the lessons of the Shoah to generations to come.

Ella Florsheim, assistant director of Yad Vashem Publications Department, told The Jewish Press that Yad Vashem publishes about 40 books per year, in a variety of languages, handling all aspects of the editing, publishing, and marketing. A committee of researchers and historians read submitted manuscripts and decide on which works to accept.

Scholars in the field are often asked to footnote books and supply important background information. In addition, Yad Vashem, in conjunction with the Azrieli Fund and the Holocaust Claims Commission, provides financial assistance for Holocaust survivors in Israel wishing to publish their memoirs.

Among those Yad Vashem helped publish this year is a memoir by Rivka Perl, The Girl Who Returned from the Boog River. Mrs. Perl, age 80 and mother of four, lives in Ashkelon with her husband, Shmuel Perl, a survivor of Auschwitz.

“When my children were young, I didn’t want to bother them with my troubles,” she told The Jewish Press. “Now that my children are all married with families of their own, I can share my story with them. I want them to remember to thank Hashem for what they have, and not to take the good things in life for granted.”

When Rivka Perl (nee Kaufman) was four years old, Romanian soldiers forcibly took her family to the ghetto in Chernavitz. After two weeks, they were transported to Ukraine, where they were moved from work camp to work camp. When Rivka was five, both her parents died from hunger the very same week. The abandoned and bewildered girl was on the verge of starvation herself when a prisoner, whom she calls, “Uncle Leib,” discovered her and brought her to his mother in the camp, who took care of her.

In 1943, Romanian Jews were allowed to return to their homes, and Rivka’s adopted family took her with them. They arranged for Rivka’s aunt to take her back to Chernavitz. Unfortunately, Rivka recalls, her aunt treated her like a slave girl, keeping her locked in the house. When a neighbor found out about the girl’s plight, he arranged for her transportation to Bucharest, where an uncle agreed to look after her, putting her in an orphanage.

Rivka was transferred from orphanage to orphanage until her uncle escaped to Morocco, taking her along with his family. “When I was 11, I joined the Betar Movement and agreed to journey to France to take part in the ‘hachshara‘ training of young Jews on the way to Eretz Yisrael,” she told The Jewish Press, holding a copy of her book in her lap.

Thirteen-year old Rivka arrived in the Jewish Homeland in 1951 and worked on the religious kibbutz, Chofetz Chaim. When she was 18, she married Shmuel Perl, who had lost his parents and 10 brothers in the Holocaust. Years later, she was united with “Uncle Leib” and, like a true daughter, she took care of him and his wife in Ashkelon until they passed away.

“Today, bli ayin hara, we have almost 50 grandchildren and great-grandchildren. I gave each one an inscribed copy of my book, asking them to always remember to thank Hashem for the small things in life as well as the big.”

Rivka’s daughter, Yaffa, helped her mother write the memoir. “It was a cathartic experience for both of us,” Yaffa, a mother of seven, told The Jewish Press. “When my siblings and I were growing up, both my parents were very uncommunicative about their past. Obviously, they were both very emotionally injured. As a young girl, I didn’t know anything about psychology and the trauma of Holocaust survivors. To us, their excess worries and fears seemed groundless. My relationship with my mother was strained, to put things mildly. But working on the book together pulled the cork out of the bottle…. The experience brought us together.”

When asked whether she ever considered writing a book about her father, she said, “Of course, but my father is extremely guarded about his past. Until recently, he refused to speak about the Holocaust. On the Shoah Remembrance Day, he always avoids listening to the personal recollections of survivors on the radio and TV. He says he doesn’t need reminders.”

She then added, however, “A few years ago, at our Pesach Seder, one of our sons asked him a question about Auschwitz. For the first time, to everyone’s surprise, he spoke a little about his ordeal. He was 15 when Hungarian soldiers took his parents and 11 siblings from their home in Transylvania. After his first day in Auschwitz, he never saw his parents or 10 brothers again. Only he and his sister survived. On several occasions, he managed to escape the line to the gas chamber.

“One time he hid in the sewer under his barrack. Twice, the devil, Mengele, pulled him from the extermination line and assigned him to a work contingent. He said that in the Death March toward the end of the war, he drank his urine, again and again, to survive. He chewed leaves and the roots of bushes. He was literally a skeleton when Allied soldiers rescued them in a forest.

“Convinced he was going to die, he heard a voice in Yiddish say, ‘Don’t be afraid.’ It was an American soldier. My father broke into tears when he recalled the moment. We were all stunned. It was the first time I had ever seen my father cry. Now that my mother has published her book, I hope he will agree to tell his story too.”

Ella Florsheim reports that while book sales increase around Holocaust Memorial Day, the market is steady throughout the year. For example, a perennial bestseller before Pesach is the Haggadah from Camp Gurs, published in 2003, which documents the 1941 Passover holiday in the Gurs Internment Camp in southwestern France.

Naomi Morgenstern, co-editor of the book for Yad Vashem, told The Jewish Press that gathering the background material for the book took several years. While Gurs was not a concentration camp, many of its 12,000 Jewish inmates died of malnutrition and disease. Set up by the French Vichy Government in conjunction with the Germans, the Gurs Camp served as a prison for “undesirables.”

“Clinging to the light of Judaism and Jewish tradition, and motivated by the fervent spiritual leadership of the community, the Jews incarcerated in the Gurs Camp never gave in to despair,” Morgenstern said. “In their celebration of the Festival of Freedom, their spirits escaped the camp’s fences and guard towers, giving them the hope to persevere. After Yad Vashem was established, many of the survivors sent copies of the ‘Gurs Haggadah‘ to the museum, inspiring the Publications Department to compose a book which told the whole story.”

Highlighting the book is a reproduction of the handwritten Gurs Haggadah penned by a camp prisoner, Rabbi Aryeh Ludvig Zuckerman.

“My father wrote the Haggadah from memory,” his son, Rabbi Yehoshua Zuckerman, relates. “Here and there are a few mistakes, but it’s a remarkable job. They smuggled his manuscript out of the camp and had 7,000 copies printed in the city of Toulouse so that most of the Gurs inmates could have their own Haggadah for the Seder.”

Rabbi Yehoshua Zuckerman came to Israel from Belgium where his father settled after World War II. A leading rabbi in the Religious Zionist community, he teaches at the Har HaMor Yeshiva in Jerusalem. One of his many close students is Rabbi Rafi Peretz, the new head of the Jewish Home Party.

“My father, of blessed memory, dedicated himself to helping others,” Rabbi Zuckerman told The Jewish Press. “He headed the Chevra Kadisha Society in the camp. Each day, 30 inmates left this world for the next. But first and foremost, my father was an educator. He organized Torah classes to uplift the spirit of Jews whose lives had been shattered.

“He found artists, writers, and professors among the imprisoned who could give lectures. Discovering Jews with a background in theater, he encouraged them to produce plays with serious themes. He said that the future of the nation depended on education. For this reason, writing out the Haggadah from memory had supreme value for him, as it says, ‘To tell your children on this day….’

“In 1941, an agreement was made between the Vichy Government and Chief Rabbinate of France whereby prisoners who agreed to forego their daily, tiny allotment of stale bread would be given matzah instead. He told my sister that on the night of the Seder, the Hallel prayer recited aloud by all of the Jews could be heard throughout the camp. A year later, when the Final Solution of the Nazis was in full operation and inmates were being transferred to death camps in Poland, my father managed to escape from Gurs in a coffin.”

People interested in writing a Holocaust memoir can send queries to the Publications Department of Yad Vashem. 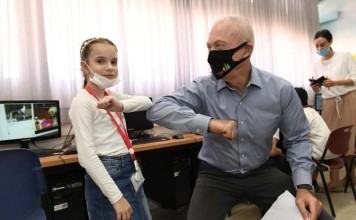 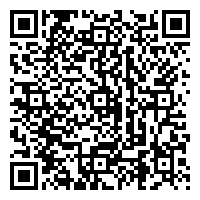