This advertisement will close in seconds...
Or click here to close it.

In 2006, during the Olmert government’s violent evacuation of Amona, Yogev was beaten while trying to shield a group of teenagers. He sued the police and was awarded 156,000 shekels in damages. Yogev lives with his wife and 10 children in the settlement of Dolev. He is currently a ranking member of Knesset Subcommittee for Judea and Samaria (which is part of the larger Foreign Affairs and Defense Committee).

The Jewish Press: You were a high-ranking IDF commander who fought extensively in Lebanon and Gaza. What would you say needs to be done to end the terror from the Gaza Strip?

Yogev: When I headed army reserve divisions in Gaza, I spoke with many Gazan residents. I remember them warning me that we were making a big mistake by putting Arafat in control. “Arafat and his followers are not one of us,” they said. “They’re outsiders.”

As an army commander and military analyst, it is clear to me that we will eventually have to conquer the Gaza Strip, eliminate the heads of the terror organizations ensconced there, and destroy all their infrastructure. At the same time, we have no choice but to address the humanitarian needs of the two million people who live there.

Do you envision that happening under Netanyahu’s new government?

The past government did not have a clear policy toward the Gaza Strip. Instead, it relied on temporary tactics – some of them justified – to postpone a decisive solution, keeping the enemy at bay through short bouts of military might while preventing the Gaza economy from collapsing, buying intervals of calm for as long as possible without implementing any real strategic solution.

That certainly has to change if we want to bring quiet to the citizens of the south.

Many people argue that Israel created the reign of terror in Gaza by signing the Oslo Accords and evacuating Gush Katif.

Signing the Oslo Accords was both a national crime – surrendering a part of Eretz Yisrael to foreign jurisdiction – and a strategic military error. It created havens of Arab terror and badly damaged our ability to deal with the growing danger. The Oslo Accords also brought about the murder of more than 1,100 Jews with thousands more wounded.

The evacuation from Gush Katif brought even more terror in its wake, just as we warned it would. Residents of the Gaza Strip were also victims. In their eyes, the Palestinian Authority was a foreign occupier far worse than Israel. Their local revolt against the “occupiers from Ramallah” allowed Hamas to grab the leadership.

Only through the cancellation of these two national travesties – Oslo and the Disengagement – along with the imposition of Israeli sovereignty and security over all of Yesha, will stability return to these areas, bringing quiet to Israel and a far improved life for the Arabs.

In your opinion, has the political Left in Israel learned from its mistakes?

A portion has. Today, the majority of the nation opposes the creation of a Palestinian state. There are still diehards on the Left, though, who don’t accept this for a variety of reasons that change with the winds.

When all is said and done, only loyalty to the Torah and the foundations of Religious Zionism – conquering the Land, possessing and settling its width and breadth – will lead to peace.

If Trump’s peace deal involves a demand that Israel surrender territory, agree to a Palestinian state, or accept foreign jurisdiction over Jerusalem, how will the Jewish Home Party react?

We will oppose any plan that calls for Israel to surrender any part of Eretz Yisrael to foreign sovereignty.

In the current coalition negotiations, what are Netanyahu’s greatest obstacles?

First, allow me to make it clear that after we settle the sometimes unnerving, give-and-take process of reaching a coalition agreement, we will fully cooperate with the prime minister. Given the election results, the parties involved in the negotiations understand that no other government is possible and, when push comes to shove, after the 46 days allotted to reach a general coalition agreement, a union will be achieved.

To do this, the prime minister will have to be generous with all of his partners. It could very well be that to make everyone happy, the top people of the Likud and its Knesset members will have to make do with fewer major positions in the government.

Will the Otzma Yehudit Party continue to be a partner with you after the coalition is formed?

I don’t know. I personally haven’t spoken to them about the issue. We are obligated to fulfill our promises to them by advancing the Norwegian Law whereby a Knesset Member appointed to be a Cabinet Minister can vacate his Knesset seat to the candidate next in line in the party. But this likely will take time.

Under the leadership of Rav Rafi Peretz, the Jewish Home Party will be more faithful to the traditional principles of Religious Zionism.

Assuming the Jewish Home Party will be awarded the Ministry of Education, what can be done to combat the liberal and pluralistic influences that creeped into the educational system in the past decade?

Once our choice for Minister of Education, Rav Rafi Peretz, takes office and learns all of the pluses and minuses of the system, I am certain that matters of curriculum will be one of his top priorities.

He can be trusted to safeguard Jewish heritage and strong Jewish identity, things he himself personifies, and I am certain he will promote the Jewish values and ideals that have accompanied the nation from the days of Tanach until today in a manner that every Jewish school child will have a sound understanding of his national Jewish identity.

What actions can the Jewish Home Party take to give Jews in the Diaspora the feeling that Medinat Yisrael is also their home?

The first step would be to take responsibility for the Ministry of Diaspora Affairs, or Aliyah and Absorption, and carry out the many programs that the Jewish Home Party has formulated to accomplish this goal.

Unfortunately, because so many votes were wasted on parties who failed to pass the threshold due to their insistence on running alone rather than joining us, we received only six seats in the Knesset and we can’t expect to be awarded every office we would like.

One of the proposals I advanced in the previous Knesset is the establishment of an “Internet Ulpan” for people to learn Hebrew throughout the Diaspora. It would be conducted in connection with Jewish communities with a special focus on promoting aliyah from the Religious Zionist world – to bring olim and “adopt” them, providing them with support families who can assist them in their absorption into the country. Part of the program is the “friend brings a friend” idea.

I realize that in recent years, an argument of beliefs has surfaced between segments of Diaspora Jewry and Jews in Israel, but it is important to emphasize that we are one nation. Just as the Jews overseas serve as ambassadors to Israel, we are here for the Jews of the world. 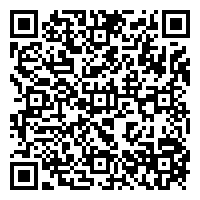