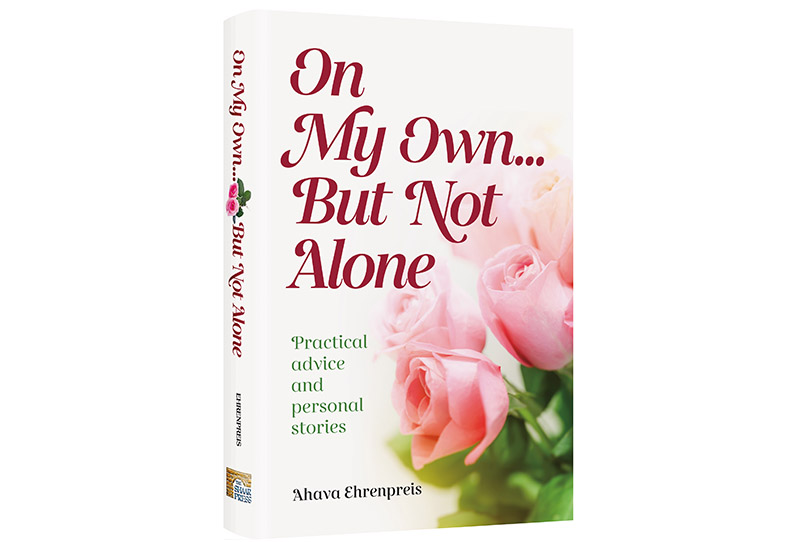 The Torah tells us that man was not meant to live alone, and to this end Hashem created a helpmate for Adam. Even Noach brought animals into the teivah in pairs. Jewish life, in fact, is centered around the family, normally defined as two parents raising children together.

But as we all know, all too well… stuff happens. While the picture-perfect nuclear family is still our shared ideal, these days it appears increasingly to be an endangered species. Divorce has become more common, the phrase “singles crisis” is on everyone’s lips, and unfortunately, sometimes earlier than we would like, a person loses a spouse.


For writer Ahava Ehrenpreis, the loss of her husband Eliezer, a”h, nine years ago was a rude awakening. “I had always thought of myself as an independent, knowledgeable person. I even thought I knew something about finances,” she says. “But when my husband was niftar, I found myself facing new challenges I’d never dreamed of.”

The emotional shock was devastating enough. But once the family had pulled through the weeks of shiva and shloshim, and she began piecing her life back together, she was shocked to realize how woefully unprepared she was. Despite the fact that her husband had been suffering from a life-threatening illness, she had remained in emotional denial, hoping he’d get better and not allowing herself to broach the possibility he might not. She now found herself dealing with financial issues that had been her husbands’ domain and felt very ill equipped.

New halachic issues presented themselves in short order. During the first year or so, Ahava remembered that her husband had once said women don’t make Havdalah. Hence, every Saturday night found her knocking on neighbors’ doors looking for a someone to make it for herself and her daughter (Ahava eventually asked a rav and was told she could make Havdalah for herself.) “Every Jewish holiday had its challenges,” she relates. “Should I buy my own lulav and esrog for Sukkos? How do I sell our chometz before Pesach?”

On top of that, there was always the issue of where to spend holidays: Should she stay home and invite the married kids? Go to them or to friends?

She gave vent to her frustrations and dilemmas in an essay entitled “The Empty Chair,” published in Mishpacha Magazine. To her surprise, the response and letters were overwhelming. A later article, about making Pesach on her own, drew a similar response; one widow she was introduced to gushed, “You’re the one who wrote the Pesach piece? Look – I keep it in my purse all the time!”

“I realized how many women in my shoes craved both validation and guidance,” Ahava says. “A friend of mine urged me to write a book, and slowly the idea took hold.”

Her first foray into gathering material began with soliciting interviewees at a Shabbaton for Samcheinu (an organization for widowed women). As she progressed, Ahava realized that the category of “women going it alone” includes divorcees as well as older singles, and decided to expand the concept to include them as well.

An editor friend suggested she speak to rabbanim and rebbetzins who could offer advice on both a halachic and spiritual level. For example, how do you come to terms spiritually when life hands you a deeply challenging situation? How do you negotiate frum life as a single person? Those willing to contribute their perspectives include Rabbis Yaakov Bender and Henoch Plotnik and Rebbetzins Aviva Feiner, Leah Kohn and Esther Reisman.

As the project grew, Ahava added pieces by psychologists (Dr. Norman Blumenthal, Dr. Perella Perlstein, and therapist Esther Moskovitz) who could speak to issues of loneliness, trauma, coping, dealing with children, and starting to date again. They also address maintaining self-esteem. “When people speak to single women, there’s often a kind of subtle judging, especially with singles and divorcees,” Ahava says. “You can sense they’re wondering if somehow it’s the woman’s own fault that she’s alone. Nobody wants to feel looked down on, or like a second class citizen.”

Most importantly, Ahava wanted to showcase personal accounts of women coping with their challenges. From her own experience, she’d learned that hearing or reading the words of someone who’d experienced a particular challenge was very validating and comforting. Exchanging experiences with others who had gone through a crisis and emerged intact gave encouragement that one can face difficult moments yet eventually move on to a better place—in fact, even find happiness and fulfillment. Ahava therefore decided to write up interviews with women and add them to her book.

As she began writing, she noticed her third-person stories lacked the power and immediacy of a first person account. She reconsidered her approach, and instead began to ask women to tell their stories in their own words. Thus the “Women’s Voices” narratives that became a powerful and moving portion of the book. These narratives express the challenges of women who have faced life-altering events – death, divorce, not finding someone with whom to build the life they’d always envisioned. While readers would be well advised to buy On My Own… But Not Alone simply for the valuable legal, halachic and financial advice it contains, they will be especially enticed by the moving personal stories of women dealing with widowhood, divorce or singlehood. It will give others who are not in these situations greater awareness of the struggles and feelings these women deal with on a daily basis. Most of them would simply like others to recognize their challenges without pity and, perhaps, with greater sensitivity.

OY: What was the hardest part of the process of writing this book?

Ahava Ehrenpreis: It wasn’t easy to find people willing to share their personal stories, so I really commend those who did.

There was a tremendous amount of detail work involved, especially as we drew closer to publication. During the past year, it’s been almost a full time job!

People say publishing a book is like having a child.

Totally! It really takes over your life!

What did you learn working on the book?

I gained a great deal from the thoughts shared by the rabbanim and rebbetzins as well as the psychologists – aside from the legal and financial information. I was sensitized to the women in many tough situations: divorced women, women widowed young, singles. If you’re alone and have boys, for example, who takes your sons to shul or Avos Ubanim? When there’s a neighborhood simcha in another city, why don’t neighbors take the initiative to offer you a ride?

A few single women complained to me that when they’re invited to Shabbat meals, they find themselves seated at the end of the table with the teens. They get very tired of going to weddings and hearing, “Im yirtzeh Hashem by you!” People don’t mean to be insensitive. They just aren’t aware.

Your book will surely help with that.

That is my fondest hope. The book’s epilogue, “The Invisible Woman,” is really a plea to the people lucky enough not to be alone to try to be more aware of the needs of women who are, and not forget about them. For example, so many events are geared to couples, but if a woman is alone she may not feel as comfortable attending.

Reach out, but don’t take offense if the invitation is not readily accepted – just try another time. But try to be sensitive without being pitying.

Did you ever find your subject matter depressing?

At times, it definitely was. But I actually discovered much of it to be very humbling and uplifting. When you look at how women manage to survive and cope, rebuild their lives, make simchas in their families, it’s really inspiring. They have managed to find fulfillment even if it’s not in the ways they had always anticipated or would have chosen.

The goal of the book is to validate and guide single women, but I also hope it will open people’s eyes to both the challenges and the triumphs of women who have turned their trials into solid, fulfilling lives.

On My Own… But Not Alone is published by Shaar Press 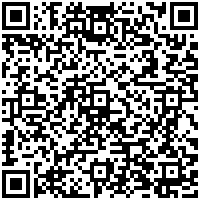