Rabbi Daniel Lapin, a great nephew and talmid of the famed Reb Elyah Lopian (“He treated me like a grandson,” said Rabbi Lapin), is the co-host of “Ancient Jewish Wisdom” on the TCT network and the author of several books, including America’s Real War: An Orthodox Rabbi Insists That Judeo-Christian Values Are Vital for Our Nation’s Survival and Thou Shall Prosper: Ten Commandments for Making Money.


What books are currently on your nightstand?

Three of the seven I’m currently devouring are:

1) Inventing Freedom: How the English-Speaking Peoples Made the Modern World by the UK’s representative to the European Parliament, Daniel Hannan. It deals with the great mystery of why English-speaking countries appear to be more stable than most others.

2) The Grapes of Math: How Life Reflects Numbers and Numbers Reflect Life by Alex Bellos. My son recently gave me this after we’d been discussing the huge importance the Torah seems to place upon numbers.

3) The Jews and Modern Capitalism written in 1911 by Werner Sombart, who was a gentile German economist who studied the Torah and Talmud in great depth.

Even as a rabbi, I’m guessing you don’t want me to answer, “The Torah”… For a general audience, I’ve always recommended This Is My God by my friend, Herman Wouk, may God keep him healthy. I don’t think it’s been improved on.

Voracious! Ages 5-10: Everything by Enid Blyton. Ages 10-12: All the “William” books by Richmal Compton and all the “Saint” books by Leslie Charteris. Ages 12-15: Swallows and Amazons and all the other Arthur Ransome books. Also, all the great sailing adventures of Eric and Susan Hiscock and all encyclopedias of magic I could lay my hands on.

You’re not going to accept “The Torah,” are you?

Like everyone else, I’ve changed over the years. In each era, different books have influenced me. But I would say all the World War II speeches of Winston Churchill, Horeb by Samson Raphael Hirsch, and Mathematics for the Million and Science for the Citizen, both by Lancelot Hogben. Finally, Flatland: A Romance of Many Dimensions by Edwin Abbot opened my eyes to spiritual reality.

Gluckel of Hameln, which is the diary and memoirs of a 17th-century German Jewish wife, mother, and businesswoman, is a must-read.  A more modern must-read is The Road Back by Rabbi Mayer Schiller. I can’t recommend it highly enough.

You have worked extensively with evangelical groups in combatting the secularization of America. What books would you recommend to someone interested in this battle for America’s soul?

I’ve tried to tastefully ignore my own writing, but… America’s Real War is as relevant today as when I wrote it in 1998. I’d also recommend On Two Wings: Humble Faith and Common Sense at the American Founding by the late great Michael Novak; The Culture Wars: The Struggle to Define America and Before The Shooting Begins, both by James Davison Hunter; and, most importantly, The Hiding Place by Corrie Ten Boom for an accurate picture of who Christians are today.

I own a well-thumbed copy of Adolf Hitler’s Mein Kampf.  That so few Western statesmen read it prior to World War II still astounds me. I also own a book of the lyrics of all of Tom Lehrer’s songs of the ‘60s and Camp of the Saints by Jean Raspail, which is a frighteningly prescient picture of Europe’s contemporary problems and mistakenly dismissed as racist.

As a fully credentialed Litvak with little chassidism in my background, I know I also surprise visitors to my study when they see the works of Rabbi Joel Teitelbaum, the great Satmar Rebbe, on the Torah as well as Rabbi Menachem Mendel Schneerson’s famous sichot.

Omitting imaginary books like How Jewish Unity Became a Reality During the 21st Century, I think I’d really like to read the definitive epic saga of the teshuvah movement of the second half of the twentieth century.

What James Michener did in The Drifters for alienated young Americans during the ‘60s needs to be done for the huge numbers of young secularized Jews around the world who rediscovered their Jewish identities and turned their hearts to God. It’s a remarkable story with a vast cast of inspiring characters. The closest thing I’ve seen is Judy Gruen’s The Skeptic and the Rabbi: Falling in Love with Faith. It’s really terrific, but I’m predisposed to like it since I’m the rabbi in the title.

Rabbi Shlomo Goren’s autobiography is awaiting my attention, as is The Making of a Godol: A Study of Episodes in the Lives of Great Torah Personalities by Rabbi Nathan Kamenetsky. Also The Computer and the Brain by John von Neumann.

I think they may have been mistaken. There are many significant insights into human nature and how the world really works that are most easily grasped through novels. One need only think of the works of Ayn Rand as an example.

I’d unhesitatingly recommend to almost any yeshiva student Thomas Hardy’s Mayor of Casterbridge and George Eliot’s Daniel Deronda. The profound emotions they will experience are probably unreachable for them through any other medium. Other such works include some of Honore Balzac’s writings and almost everything by Dostoyevksky, although they perhaps are not for all yeshiva students.

In the 19th century, Rabbi Shlomo Ganzfried wrote the Kitzur Shulchan Aruch, which was translated as The Code of Jewish Law. Dreadful. Its terse directives on seemingly picayune points successfully turned off generations of bar mitzvah boys who received it as a well-intentioned gift. It is about as useful as giving a short paperback entitled Comprehensive Thermodynamics and Nuclear Physics to those same bar mitzvah boys hoping to spark an interest in those topics.

Basic Economics: A Common Sense Guide to the Economy by Thomas Sowell. It seems that a large part of Jewish leadership today consists of fund-raising and profit-and-loss management. Yet, many Jewish leaders are painfully unfamiliar with the business processes by means of which their flocks of followers from whom they solicit money make that money in the first place.

Well, in addition to those I mentioned above as regretting not having read, I plan on soon reading James Billington’s Fire in The Minds of Men: The Origins of the Revolutionary Faith. It will help my understanding of why Jews have always been so disproportionately attracted to socialism. I’m also ready to go with Joseph Daniel Unwin’s Sex and Culture – in which he studied nearly 100 cultures and discovers how much of human development depends upon monogamous marriage – and Sex, Art, and American Culture by the always entertaining and educational Professor Camille Paglia. 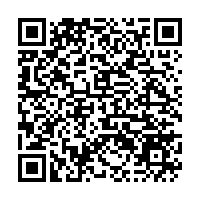