Rav Shmuel Eliyahu, the chief rabbi of Tzfat, is often mentioned as a leading candidate for Israel’s next Sephardi Chief Rabbi. In an exclusive interview, The Jewish Press recently asked his opinion on some of the major issues facing the Jewish people today.

The Jewish Press: How should we view the corona pandemic – as a natural disaster that will eventually run its course or as a heaven-sent plague like those described in Tanach?


Rav Eliyahu: Nothing occurs in the world through happenstance – and certainly nothing so broad in scope as a worldwide pandemic. All the plagues mentioned in Tanach came to shake up people who had fallen asleep concerning their duty to guard the world and further its development toward completion and tikkun.

For example, with Yetziat Mitzrayim, Hashem wanted to liberate, not only Am Yisrael, but all of mankind – to free humanity from the oppressive physical, spiritual, and cultural slavery of Mitzrayim, the “house of bondage.” But Pharaoh didn’t want to go along with the Divine program. The plagues were meant to awaken him.

A similar scenario occurred when Am Yisrael didn’t want to give up idolatry and accept the luchos. The Jews understood that by accepting them, the Ten Commandments would be engraved on their hearts forever, forcing them to give up all the easy pleasures that idolatry offers, allowing man to freely succumb to his vices and ignoble lusts. Therefore, Am Yisrael made the Golden Calf precisely on the same day it was to receive the luchos. The result was a divinely-sent plague.

In a similar way, the Children of Israel were hit with a plague when they didn’t want to enter the Land of Israel during the time of the Spies, when they began to sin with the idolatrous daughters of Midian, and when they didn’t immediately set out to build the Beit HaMikdash in the days of King David.

Likewise, in our day and age, we have to rise up to a new level, and as long as we don’t, the corona plague, or some other, won’t let us rest.

What’s the role of Am Yisrael in this ongoing pandemic? To discover the first vaccine? To awaken the world to return to the ways of Hashem? If so, who can bring this spiritual renaissance about? The prime minister? The chief rabbis? Who will listen to them?

There is a necessity to discover a vaccine, but this has to be hand in hand with our spiritual mission.

Medinat Yisrael is a beacon of creative initiative and development with worldwide influence. Jews have received 115 times as many Nobel Prizes as other nations of comparable size. The Jewish nation brings blessing to the world in all fields: agriculture, economics, computer technology, digital science, medicine, communication, and much more.

But the essence of the Israelite nation is far more than its prowess in cyberspace development, military weaponry, computer engineering, and ever-new digital applications. Our principal identity and mission is to be a role model for mankind in the fields of justice, morality, healthy family life, child-rearing, education, and true religious faith. We are supposed to be beacons of brotherhood and concern for our fellow man.

If we go forward in achieving our true vocation, the world will progress with us.

Many rabbis have offered reasons why Hashem infected the world with corona, such as lashon hara, sinat chinam, immodesty, and the like. What is your opinion?

We have to remember that the pandemic isn’t merely a personal problem, affecting individuals, but a crisis of national and international proportions. Therefore, we have to direct our thinking to the broader, all-encompassing picture.

Of course, though, everyone has to undertake personal teshuvah and remedy the things you mentioned. For if we speak only of major worldwide change and ignore basic moral character traits, we won’t get anywhere.

How is it possible to convince a secular person to understand that corona has been sent by Hashem? Many people even say they aren’t interested in a G-d who punishes the world with devastating diseases.

It’s important to help people understand that blows can be delivered out of love. A parent who urges a child to get out of bed in the morning to go to school does so out of love, even though the child may prefer to stay in bed.

A government that imposes speed limits on highways and imposes fines for violations of traffic laws – this stems from concern for the public’s welfare.

The Torah informs us that the punishments that accompanied the wanderings of Am Yisrael in the wilderness were the blows of a father who loves his son. Divine Providence should be explained from the point of view of a loving parent, not from the perspective of the child who wants to carry on doing whatever he or she pleases.

Recently you spoke about the importance of writing and using the media to spread the light of Torah. Given the spirit of liberalism and focus on individual freedom in the West, are people open to listening to Torah values?

Rav Kook wrote about this many times, and I merely quoted the words of this holy tzaddik. He understood the great power of the written word and the media and was deeply concerned over the pseudo-sophistication of skilled writers who ridicule the holiness of Am Yisrael and the Torah.

He called upon all lovers of Judaism to write articles in opposition to the preachers of secularism: “The pen has conquered the world through its tyranny over thoughts, feelings of the heart, and even behavior. With upmost security it goes on its way, shooting forth arrows of cynicism as cutting as swords. Can one conceivably think that we are permitted to remain silent and not to acquire this modern weapon?” (Letters of Rav Kook, Vol.1, pg.25).

Rav Kook understood that people are anxious to hear the truth. Every person has a Divine soul – whether he is conscious of this fact or not – and ultimately this is what fuels his life.

Is it the job of rabbis to express their opinions about G-d, teshuvah, the problems of the generation, etc., in the media or should they save their sermons for their congregations alone?

The wider public forum should be their main focus. This was what Moshe Rabbeinu did in his confrontations with Pharaoh, the political leader of the time, in demanding that he free the Jews. This was what Yehoshua Ben Nun did in his leadership role of inspiring the Israelites to conquer the Land of Israel.

King David followed their example in his role of leading the Jewish People to fulfill the commands of the Torah. And Rabbi Akiva championed the truth as a model for all generations, even when all of the crushing might of Rome was set against him.

This is Torah. If we learn our way in life from Avraham Avinu, who brought mankind to recognize the one and only Creator, reaching out to teach people in an active manner, this is how we will act as well. “The deeds of the forefathers are a sign for their children.”

We don’t fulfill our Jewish mandate if we don’t express ourselves in the media over every matter that needs rectification.

The Justice Department in Israel has recently threatened to punish you for things you have stated in public. Will you refrain from making controversial remarks in the future?

I said what the Torah states, and I do not plan, in any shape or form, to refrain from talking about the things I believe in. The task of a rabbi is to teach the truth – especially if it doesn’t find favor in the eyes of the ruling authorities. Moshe Rabbeinu acted this way, as did all shepherds of Israel up to the time of Yirmiyahu and the prophets.

This was the manner of the Sages of the Talmud, exemplified by Rabbi Shimon Bar Yochai, and all the poskim, including the Rambam and the Beit Yosef who wrote halachic opinions that didn’t always please the governing authorities.

Obviously, we don’t compare ourselves to them, but we certainly must learn from their example.

It appears that in Israel, democracy and individual freedom are “golden calves.” Do you think that a Jewish state and democracy can co-exist?

I wouldn’t term them golden calves because they are not negative concepts. Nothing better suits a Jewish state than a democratic government. Certainly it far surpasses a dictatorship. All of the mass destruction that countries have wrought in the world were led by dictatorships. And all of the good that nations have achieved has been through democracies.

Someone who studies the teachings of our prophets and sages readily understands that democratic government is the appropriate vehicle in the era of redemption.

Of course, we are not speaking about people who pervert the concept of democracy to impose their impoverished beliefs over the majority in many underhanded fashions.

How should we respond to the homosexual movement’s demands for recognition and rights? Should we ignore them or openly oppose their demands?

One must feel compassion toward people who suffer from homosexual leanings. However, we must fight against their militant leaders who work to silence opposition through social intimidation and endeavor to force everyone to bow down to their idolatrous god of homosexual rights.

We must actively oppose them so that our country does not turn into a homosexual haven and into a “terror” state where religious and normative values are silenced through fear – whether through public shaming, media castigation, judicial punishment, or through the threat of losing one’s job.

We must counter scare tactics with the demand for true freedom of belief, where one can openly declare that a healthy family is composed of a father and mother and children, without fearing that such a statement is forbidden.

It is forbidden to keep silent.

In the Diaspora, assimilation continues to increase. What can be done to stop the trend?

Medinat Yisrael must invest everything it can to promote aliyah.

To invest in the strengthening of Jewish life in the Diaspora is like building a house on a melting iceberg. There is absolutely no chance for Jewish communities to survive outside of the Land of Israel.

The Jews in the Diaspora are intermarrying at a murderous rate. Whoever chooses to remain there gives up on the future of Am Yisrael. We must remember that the galut is not meant to exist forever. The Torah and the prophets of Israel assure us of its eventual end.

The Jews of the Diaspora are obligated to be active partners with us in the redemption of the nation – meaning, the redemption from living in foreign lands and the rebuilding of Torah life in Eretz Yisrael. This is what the State of Israel must declare, and we must do everything we can to help them to join us here in the Promised Land. 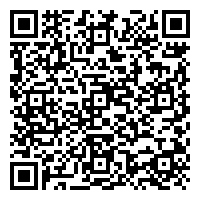