Ricka Razel knows what it’s like to entertain a crowd! With her music and energy, she brings color and life with her wherever she goes. Ricka, wife to Yoni and mother of eight, is full of energy from morning till night.

Back in December, Ricka had an intimate party for all her close friends and relatives to help her launch her crowdfunding campaign for her debut album “Yom Echad.”  After coming up with the most creative perks for the campaign, ranging from real estate advice to parenting tools given by Ricka’s father to marriage tips, she raised the money she needed to fund the album which, G-d willing, will be released in time for the chagim.

As she played her song “Yom Echad,” she told us of her dream of 20 years that one day she would play and sing again.

Being a fan of Ricka’s, I jumped on board to support her journey.  My friends and I supported Ricka’s Headstart campaign in return for yet another fun perk. We chose a workshop called Shabbat in an Hour.

Growing Up A Razel

Ricka was born into a musical family in Nachlaot, Jerusalem, along with her three brothers, Aharon, Yonatan and Yehuda. They were very close in age. Growing up in the Razel home meant it was mandatory to learn the piano and another instrument. For Ricka, the other instrument was the flute. She also took classical voice lessons.

At the age of 12, she and her brothers started a band, making their debut at Grandma Trudy’s retirement community. They wrote songs for any family event. Ricka, the lead singer, was accompanied by Yonatan on keyboard, Aharon on base/guitar, and Yehuda on the drums.

At one point, they entered a youth band competition in Jerusalem. Although they were one of the youngest bands, they won!

Ricka and her brothers went on to play on the popular Channel 1 TV show, Sibah LaMesibah (A Reason to Party), that aired every Friday night. “Since there weren’t many television shows, it was a very big deal.” They were invited back a few times, and were also featured in local newspapers.

Afterwards, Lehakat Razel, was invited to play in Jerusalem, Tel Aviv, and venues all over the country, as well as in Beit Ha’Nasi, the President’s Residence. They continued playing together for over three years, until she was 19.

“I really loved performing with my brothers. When Yonatan went to the army though, we stopped. I got married, and my brothers built themselves solo music careers.”

Making a home and a Business

At 19, Ricka married Yoni, and set up home in Nachlaot. Together they are raising their eight children: Michal, Ohad, Ariel, Haleli, Anael, Eden, Amiad, and Binyamin. Not so long ago, she – 42 years old – and Yoni became grandparents!

During this time, Ricka opened a real estate business called Uricka Properties. Encouraging families to find a home in Nachlaot is testament to how much she loves living there. At this stage in her life though, she finds touching the lives of women and girls with her music to be the most fulfilling. Her ability to uplift and inspire women and girls with her messages is an amazing gift that G-d gave her. She finds it especially meaningful when she gets feedback from girls “at risk,” sharing how they walk away from her performances feeling empowered.

Over the last 4 years, Ricka began recording songs and working on finishing an album of her own. Back in December 2017, I interviewed Ricka on Spotlight On Women Radio, when she released her first song “B’diyuk Mushlam, Just Perfect” from her upcoming album.

The words are so powerful, and have the power to speak to many!

So what’s it all worth
if your eyes are sad and your cheeks are wet with tears?
Look up at sky

Every moment, G-d sends you gifts
What’s it all worth?
When will you understand that everything is just perfect
Stand straight and tall

I created this world for you!

When asked about her challenges, Ricka replied:

“Originally, I was bummed to just perform in front of women. In the band with my brothers, we played in front of mixed audiences. After a while, performing for women only became exciting. It’s also amazing to play with other women in a band. The energy is great!”

That being said, it is still much harder for women to be heard and appreciated in the music world, even though for many religious women it is much more fulfilling to perform for women only audiences.

I have had the privilege to see Ricka and her brothers, and even their father, performing together. What is most special to me personally though, is to hear her sing with her daughters. She is giving them the stage to express themselves, adding a new generation of voices to the already musical Razel family.

At the end of June, Ricka hosted my friends and me in her home for her Shabbat in an Hour workshop.  In my house, even though I don’t bake, Shabbat preparation can definitely get out of hand, with my seeming to finish just before candle lighting time, no matter how late Shabbat starts. We had a great time watching how Ricka prepared two Shabbat meals dinner and lunch, enough for 20 people in an hour!

As we ate the incredible meal she prepared, she and violinist Miriam Hershkopf played another powerful original song that brought tears to my eyes. It expressed her passion for performing and the challenge and joy of being a religious female musician in 2018.

I just want to be mysel, and sing…

You can check out some of Ricka’s music videos on YouTube and if you are in Nachlaot, keep an eye out for a cool woman wearing her signature colors of bright pink, yellow and baby blue which bring much needed energy and light into the lives of all around her. 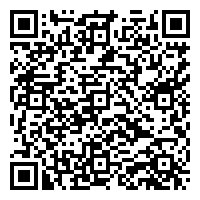