Rabbi Zevulun Charlop is a mind rich with fascinating stories and historical anecdotes.

The son and grandson of distinguished rabbis, Rabbi Charlop was head of Yeshiva University’s Rabbi Isaac Elchanan Theological Seminary (RIETS) from 1971-2008. He is currently special adviser to YU President Richard Joel on yeshiva affairs and rav of Young Israel of Mosholu Parkway. The financially strapped Bronx congregation – which once boasted hundreds of members – has not davened together since July due to extensive water damage to its synagogue. But Rabbi Charlop has not entirely given up hope of it meeting once again.


The Jewish Press recently met with him in his Washington Heights office.

Rabbi Charlop: I was born in the Bronx, and I think the Yankees and I are the only ones who never left.

My father, Rav Yechiel Michel Charlop, was one of the most famous rabbis in the country. He was born in Yerushalayim and studied in some of the finest yeshivas there. He also had a special chavrusah with both Rav Kook and Rav Yosef Chaim Sonnenfeld and was the conduit between them.  Each one used to ask about the other and would send his regards through my father.

When my father left Eretz Yisrael, my grandfather said he never knew anyone who left to America knowing all of Bavli and Yerushalmi be’al peh…. My father wrote three sefarim on one amud of Shas.

When did your father leave to America?

In 1920. In America he studied in [RIETS]. In fact, he received the first Rokeach Award. Rokeach, the famous company, was founded by a very religious man who came from Kovno. He’s famous for making kosher soap [since soap is usually made with tallow]. Many rabbanim gave heterim because soap is eino ra’ui l’achilas kelev, but Rav Yitzchak Elchanan, the rav of Kovno, felt [soap needed to be kosher]. So he sent a call out to all the chemists, and Yisrael Rokeach made this soap. The bars were blue and red – for milchig and fleishig.

It was such a successful business that the Russian government was going to put Rokeach in jail in order to take over his business. Rav Yitzchak Elchanan found out about it and told him to run to America. So he came here and many years later he offered a $5,000 prize for getting the highest yoreh yoreh, yadin yadin. My father won the first one.

Later, my father served as a rabbi in Canton, Ohio and Omaha, Nebraska and, in 1925, he became the rabbi of the Bronx Jewish Center, which was the largest synagogue in the Bronx. The Bronx had close to 700,000 Jews at the time – more than the entire Jewish population in Israel when Israel was created in 1948.

What schools did you attend growing up?

Yeshiva Salanter, which was the only yeshiva in the Bronx, TA [Talmudical Academy], Yeshiva College, Columbia University, and RIETS. From there I became the rabbi of the Young Israel of Mosholu Parkway. This year would have been my 60th in that shul.

Is it true that the teachers in Yeshivas Salanter taught in ivris b’ivris?

I found a remarkable letter signed by all the rebbeim of [RIETS] which was sent to Yeshivas Salanter – I think it was instigated by Rav Moshe Soloveitchik – and it stated that the only way to learn Gemara is in Yiddish. [They stated their opinion] as a halacha. They said Yiddish has been used for centuries, the thinking is in Yiddish, and that Yeshivas Salanter therefore has to teach Gemara in Yiddish, not ivris. 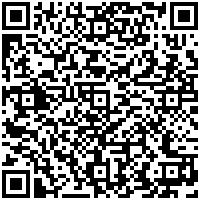