Why, then, did you restore the traditional page and move your commentary to the back of the book in the new editions of your Gemara?


The new Gemaras have the name “Rabbi Adin Even-Israel Steinsaltz” on the front cover. Most people know you as “Rabbi Steinsaltz.” Where did “Even-Israel” come from?

It’s a long story, but it’s connected with the Lubavitcher Rebbe. He wanted me to change my name for some time. He didn’t give me any explanation.

And he picked the name “Even-Israel”?

[We picked it] together in a way.

How many years ago was this?

Some people are unsure whether you are a Lubavitcher chassid or not. Are you?

You don’t, then, necessarily define yourself as a 100 percent Lubavitcher chassid.

I don’t know how you [measure] this. Some people know the trick. If you tell me how it’s done, I will tell you if I am or not.

You were born in 1937 in Palestine to secular parents. How did you become frum?

The story is too simple. I was a thinking boy.

Also, my ancestors on both sides were Rebbes – the Slonimer Rebbe and the Worka Rebbe – and the yichus goes on farther to the Maharsha. So [the frumkeit] was in there, and it worked itself out when the time came.

But what specifically inspired you to become frum? Was it someone you met, something you read?

I read lots of things. I am a great reader.

But it wasn’t any kind of dramatic or traumatic thing. It was, I would say, the very old way – something like Avraham Avinu’s way.

And your parents were okay with your decision?

My late father asked me one thing: “Are you serious about it?” And when I said yes, he supported me all the way.

Fast forward 40 years: In 1989, many leading haredi rabbis in Israel banned your books, partially because they objected to your portrayal of biblical figures in some of your writings as human beings with human feelings and frailties rather than saints…

…I don’t want to go into the details. Some of it was not nice, but not on my side.

On my side, I tried to do one thing, and that was to keep quiet. I could have said lots of things, but I tried to keep quiet because I didn’t want to besmirch anybody and it wouldn’t have done any good.

Basically, people don’t really have any questions, except that they may not like my face. Otherwise, when it comes to any real point, there’s nothing in it.

What about the argument that you portrayed the avos and imahos as human beings with human faults?

Look, take Rashi or the Ibn Ezra or the Ramban or any of the commentators – all of them do the same thing. It’s just pure nonsense what you are saying. I depicted the avos and imahos as they are found in every Jewish source. I just put them together, and all the rest is just a combination of am ha’aratzos and some dislike.

Getting back to contemporary times: In 2004, a group of Israeli rabbanim attempted to revive the ancient semicha ritual and reestablish the Sanhedrin. At the time, you accepted the position of nasi of the Sanhedrin. You resigned, however, in 2008. Why did you join and why did you resign? 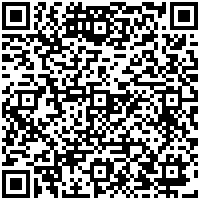