Holding true to one’s principles – even liberal principles – in an age of political correctness can be dangerous. Just ask Dr. Phyllis Chesler. Once a highly regarded feminist, today she is persona non-grata in left-wing circles. Her crime? Defending Israel and criticizing Islamic societies for their treatment of women.

The Jewish Press: In recent years you’ve been increasingly associated with conservative circles, yet you’re still very much a feminist, aren’t you?

Chesler: I remain a very live feminist, but what has died in the feminist movement is the vision of universal human rights and what has taken its place is this multicultural relativism in which anybody formerly colonized, not white, preferably Arab, and, most importantly, Palestinian, quote unquote, is the victim de jure – the victim uber alles.

You write in Living History that at a certain point in your career you “lost most of [your] intellectual and feminist friends.” When did that occur?

When I published the 2003 version of The New Anti-Semitism, for the first time in my career, a book [I had written] was not reviewed. It was ignored by the mainstream media – the very media where I was once very prominent. And any number of feminist friends were angry, shocked, or, at best, silent.

Then I began to publish in conservative venues because they were the ones who applauded The New Anti-Semitism, and I was castigated severely by my friends. They said, “You’re making alliances with right-wing Christians and Jewish conservatives.” And I said, “But you’re making a perfect storm of an alliance with misogynist, Islamist barbarians.”

How can America defeat Islamists, considering that they are so dispersed geographically? Should we go to war against states like Saudi Arabia and Iran that fund radical Islam to the tune of billions of dollars? Should we stop all immigration from the Middle East? What should be done?

Let me say a number of things. I work with Muslims who are dissidents and Muslim feminists who are anti-Islamist. Having said that, the majority of Muslims [are] just like the majority of Germans under Hitler. Yes, they themselves may not act on their beliefs that infidels should be killed, but they’re guilty because they’re bystanders.

So what do we do? The first thing is we have to tell the truth and it has to be repeated as often as necessary. The second thing is we have to influence legislators about immigration. I’m happy to have America give asylum to the victims of Islamic persecution – Christians and females. But I’m not happy to allow in fanatics who are about to bring this country down. We therefore need to have immigration people who are trained to tell the difference and to make very hard, firm decisions. And they have to be legally empowered to do so. Otherwise we will become like Europe.

What is your take on Europe and radical Islam in light of the recent attacks in France?

Sometimes I think Europe has reaped a karmic destiny. It was complicit in the murder of six million friendly, non-violent Jews, and for that crime it has now reaped a whirlwind of many, many millions of very hostile Semites who wish to take Western civilization down.

Some conservative pundits like Mark Steyn believe Europe is lost – that hostile Muslim immigrants will take over the continent within the next century by virtue of their high birthrate. Do you agree? 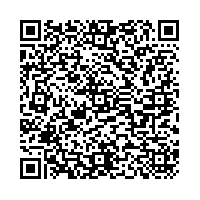