Arguably, no previous U.S. president has had as many disconcerting friends and associates as Barack Obama. Many Americans know of Reverend Jeremiah Wright, Bill Ayers, and Rashid Khalidi, but few have heard of perhaps the most important figure in Obama’s life: Frank Marshall Davis.

Who was Frank Marshall Davis? In The Communist: Frank Marshall Davis: The Untold Story of Barack Obama’s Mentor, historian Dr. Paul Kengor writes, “[He] was a pro-Soviet, pro-Red China, card-carrying member of Communist Party. … He did endless Soviet propaganda work in his newspaper columns, at every juncture agitating and opposing U.S. attempts to slow Stalin and Mao in the late 1940s and early 1950s. He favored Red Army takeovers of Poland, Czechoslovakia, Yugoslavia, and Central and Eastern Europe as a whole. … He [also] wanted communist takeovers in Korea and Vietnam.”


Kengor, a professor at Grove City College and a bestselling author, recently spoke to The Jewish Press about The Communist.

The Jewish Press: Your whole book is about one relatively obscure man, Frank Marshall Davis. Why should anyone care about him?

Kengor: Well, if you want to understand any president, you look at his mentor or mentors. I’ve done several biographies of figures as diverse as Ronald Reagan and Hilary Clinton, and it’s just a no-brainer.

So for people who want to know how President Obama can be so clearly on the left, I would argue that a mentor like Frank Marshall Davis, who was a member of Communist Party USA, helps explains that.

Is it clear that Davis was Obama’s mentor?

Yes, and it’s not only my opinion. In the very start of the book, I quote about a dozen different Obama and Davis biographers – people who are sympathetic [to Davis and Obama] – and they all describe Davis’s relationship with Obama in a mentor-like way.

Obama met Davis in Hawaii in the 1970s. Why did Davis move to Hawaii when he was so successful writing columns for a communist newspaper in Chicago?

That’s a mystery. In his memoirs, Davis makes it sound like he moved to Hawaii in 1948 almost on a lark.

But I believe, and the FBI file on Davis makes this pretty clear, that the Communist Party was behind Davis’s move to Hawaii. The Soviet Union had been agitating in Hawaii throughout the 1930s, ‘40s and ‘50s. They were trying to keep Hawaii from becoming a U.S. state; they wanted it to be a communist country.

Remember, it was precisely at this time – in the 1940s, and 50s – when communism was spreading to China, Korea, Vietnam, and the whole Pacific area. Hawaii was a major target. If you want to know Hawaii’s strategic importance, just look at Pearl Harbor.

In discussing Davis’s long-term effect on Obama, you mention a former Marxist, Professor John Drew, who went to college with Obama and maintains the president was a Marxist at the time.

Yes, Drew claims Obama was introduced to him as “one of us.” He says Obama had this Frank Marshall Davis fantasy of immanent revolution in America. Drew actually disagreed with Obama; he was a more realistic Marxist and tried telling Obama he was naïve – that America was not going to become a communist country – but he said Obama actually believed he could do that.

Now, I don’t argue in the book that Obama’s a communist, but I do think that at one point he might have been, and if so, Frank Marshall Davis, more than anybody else, explains that.

What would you tell people who might argue that everything you’re talking about happened a long time ago and therefore has no bearing on who Barack Obama is today?

That’s a fair question. I mean, when I was in college, I was an agnostic, borderline atheist, and now I’m a devout Catholic. So people change. But with Obama, if he’s changed, we should know how and where and when and why.

In my last book, Dupes, I talk about how Ronald Reagan joined communist front groups at one point, but Reagan wrote all about how he left that. Where’s the conversion narrative for Obama?

Stanley Kurz has produced documents that show that in 1996 Obama joined the socialist New Party. So I can picture Obama on the Marxist left in 1980, on the socialist left in 1996, and today somewhere between socialism and liberalism. I can accept that, but if so, tell us about it. Say, “Okay, I was raised by some radical forces, but I’ve moved away from that.” If that’s the case, say it. 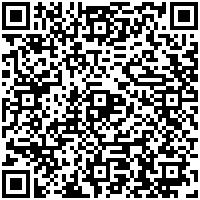