Radical shift or politics as usual? That’s the question many are asking about the new Trump administration. American Zionist in particular are concerned about the future of U.S.-Israel relations and the fight against radical Islam. Will the United States, for example, continue to push for a Palestinian state? Will it continue to downplay evidence of a jihadist agenda to wipe out Israel and establish a global caliphate?

The Jewish Press spoke with Gregg Roman, director of the Middle East Forum, which was founded in 1990 by Daniel Pipes. Roman previously worked for Israel’s Ministry of Defense and served as the political adviser to Israel’s deputy foreign minister.


What do you think of President Trump so far?

Roman: I’m extremely happy with his policy positions as it relates to Islamism and terrorism writ large. He has reassured America’s Middle Eastern allies that the U.S. is behind them – versus Obama’s policy of trying to create strategic parity between Iran, Israel, and Turkey. I think the era of engagement with Iran is over, and I think it says something that the third foreign leader hosted by Trump was Netanyahu. Another item I see as significant is Trump’s willingness to call radical Islam just that – radical Islam.

What are your thoughts on extreme vetting?

I think the rollout of Trump’s first executive order on immigration was amateur. But the spirit of the order was correct. I think you need to root out Islamists, but not all Muslims, trying to come into this country.

How can the U.S. determine, though, if a particular Muslim immigrant is radical? And even if it can make that determination, how can it ensure that he, or his child, won’t become radical once he’s here – as was the case with the perpetrators of several recent terror attacks?

Listen, if we cannot be sure of the identity and motivation of an individual trying to come to this country, he doesn’t belong here. You have to vet social media information, you have to ask multiple rounds of questions, and you have to take into consideration what kind of individual we’re talking about. Is he a torture victim? Is he elderly? Is he disabled? Is he a young child? Arab men between the ages of 16 and 45 should face a much higher level of scrutiny than a 75-year-old Yazidi woman.

And it shouldn’t be that when an individual is allowed into this country, the U.S. stops monitoring him. Until that person becomes a citizen, he should have a higher level of scrutiny on his activities – both abroad and in this country. It will take time and it will require a significant investment from American taxpayers, but if we don’t have a system that the national security apparatus is willing to put its stamp of approval on, they’re not going to get in here.

If the process will be so expensive and difficult, why allow any immigration from the Middle East? It’s not like we have a long tradition of Muslim immigration to this country that we would be betraying.

I think the answer is twofold. First, there’s a significant population of reform-minded Muslims in this country – people like Zuhdi Jasser, Raquel Evita Saraswati, and Raheel Raza – who contribute greatly to the American body politic.

Since 9/11, CAIR – the Council on American-Islamic Relations – has generally been regarded by the White House and mainstream media as a moderate body representing American Muslims. You, however, have been very critical of the organization. Why?

I think CAIR’s claim to be the representative body of American Islam is undercut by its criticism of American Muslims who disagree with its positions. CAIR is on record as calling reform-minded Muslims “Uncle Tom.” CAIR also invites speakers to its regional annual banquets and national conventions who call for the death penalty for apostates and encourage the stripping away of women’s rights. We’ve also seen half a dozen former CAIR members either put in jail or deported from this country because of their ties to terrorist activity.

So CAIR’s true colors are being revealed, and I think organizations like mine have done a pretty good job of convincing conservative America that CAIR is not pro-American. Now we have to start plying away CAIR’s support from the left.

Are you hopeful the Trump administration will prop up a more moderate Muslim organization to replace CAIR as the public face of American Muslims?

Trump gave a national security speech last year in which he said his White House would promote reform-minded Muslims and alienate Islamists. I don’t think anyone has questioned that Donald Trump has held to his word on policy. In fact, that’s why a lot of people have problems with him – he’s actually doing what he said he was going to do. I wouldn’t expect this to be any less.

What did you think of the recent Trump-Netanyahu meeting?

I thought it was a breath of fresh air – especially after eight years of Obama blaming Netanyahu for Palestinian intransigence. Trump signaled that the U.S. would be a fair arbiter between Israelis and Palestinians rather than always taking the Palestinians’ side. And his statement that the U.S. [could favor a] one-state solution or a two-state-solution was his way of saying we have to allow the Israelis and Palestinians to figure it out for themselves. We’ll be here to help out but we’re not going to criticize them for taking measures they think are in their own best national interest.

The second thing I think was good about the meeting was that there was an ambiance there that had Netanyahu smiling in the White House for the first time in eight years.

And the third thing, I think, is it put Israel’s enemies on notice that the White House will be fully behind Israel’s national security policy. And that’s directed both at Iran and organizations like Hizbullah and Hamas – that they won’t get a get-out-of-jail card next time a skirmish might occur.

Do you think the U.S. should move its embassy in Israel to Jerusalem?

If the Israeli government agrees? Yes.

Do you think the Israeli government disagrees? Many people criticize Trump for the delay, but some speculate that Israel might share some of the blame.

I think we’ll find out when the waiver comes up. Look, Trump has to get his team in place in Israel. We don’t even have a deputy secretary of state yet. So let Trump get fully staffed up and then big decisions like moving the embassy can be made. You don’t want to see a repeat of what happened with the first executive order on immigration. There are national security implications. You also have to take into consideration that the move has to be funded. It has to go through the appropriations committee in the House and Senate, it has to go through the subcommittee on foreign operations, etc., etc. You can’t just make a decision like this overnight.

Dennis Ross, who served as the special Middle East coordinator under President Clinton, wrote in his recent book Doomed To Succeed that Israel is more willing to make “sacrifices for peace” when it feels America has its back. Considering the warmth that Trump is currently showing Israel, do you fear Israel might be tempted to make concessions that ultimately are not in its best interest? 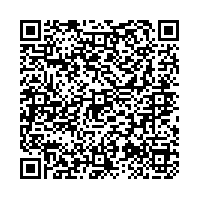