Morton Klein, national president of the Zionist Organization of America, took the helm of a declining organization in 1993 and blew new life into it with his robust championing of Israel.

In an interview with The Jewish Press, Klein shared his views and visions concerning the ZOA and Israel.

The Jewish Press: How did you get involved with the ZOA?

Morton Klein: Years ago, my wife, an ardent Zionist, complained that I wasn’t utilizing my talents enough as a bio-statistician to help our people. With Israel in trouble, she bothered me to do something and I began to worry about losing her respect. So I started to educate myself on the issues.

When my daughter came home one day with numerous anti-Israel lies in her history textbook, I launched a campaign demanding that the publishers rewrite it. Within six months they rewrote the textbook based on the corrections I sent them. Then a friend of mine showed me a Baedeker guidebook on Israel and Jerusalem filled with over a hundred lies. After writing a series of articles in the Jerusalem Post about it, I was invited and paid by the German publishers to rewrite the travel guides.

My activism steadily increased and I was approached in 1993 to run for president of the ZOA. I didn’t want to run, but I campaigned as if I did because I don’t know any other way to do things except with my whole heart and soul. I won by a handful of votes. Probably a big chunk of the speech I gave at the convention was in Yiddish. Most of the elderly audience wept when they heard a younger man speaking Yiddish in defense of Israel.

Your parents are Holocaust survivors. How has that impacted on your view of Israel and Jewish survival?

My father was an Auschwitz survivor and lost his entire family. My mother was in Siberia and lost half her family. After the war they met in a DP camp, where I was born. My parents’ experience was a big factor in my having a strong sense of fighting to protect Jews and the Jewish state. My father, a Satmar chassid with semicha from Rabbi Yoel Teitelbaum, was also a Zionist. He thought there was nothing in the Torah that says we can’t have a state now. That fervent support of Israel was transmitted to me.

You are outspoken in an era of political correctness, especially among Jewish organizations. How has this hurt or helped you?

We speak the truth as we understand the truth. When people say we’re right wing, I fervently disagree. Truth is not a political position. We tell the truth – that the Arabs are not interested in peace, that statehood will not solve the problem, that Jerusalem is not holy to them, and that Jews have every right to live in Judea and Samaria.

We are really in the rational center but every other Jewish organization is to the left. They support a Palestinian state, which we firmly oppose because it will be a Hamas-Iran-Fatah terrorist regime devoted to destroying Israel. No other organization supports the right of Jews to live in Judea and Samaria and denounces the propaganda myth that Jerusalem is holy to Muslims. The positions of these mainstream groups allowed President Obama to feel much more comfortable allowing the recent vicious and anti-Semitic UN resolution to pass.

Israelis initiated the push for a two-state solution, the Oslo Accords, and the Gaza Disengagement. Aren’t they also culpable?

Yes, I blame the Israelis also. They supported a Palestinian state and have not built homes in Judea and Samaria in any serious way out of fear. In part, the Israeli government’s policy position of not stating definitively that we have more of a religious, historical, legal, and political right to be in Judea, Samaria, and Jerusalem than do the Arabs allowed for this sort of resolution to pass. If they had taken a proud, strong, principled position, I believe the world and now Obama wouldn’t have been able to get away with what they’ve done.

Is it difficult to lobby American policy makers to support the ZOA’s positions when those positions conflict with the Israeli government’s positions?

There were difficulties because organizations like AIPAC, ADL, and AJC were telling people on Capitol Hill that Oslo and the Disengagement were wonderful, that they were uncomfortable about Jews living in Judea and Samaria, and comfortable with a state and with aid to the Palestinians. This made it hard for us to explain why all these positions are wrong.

The PA, starting with Arafat and continuing with Abbas, has violated every aspect of its agreements in Oslo – it didn’t outlaw terrorist groups as required, it didn’t stop promoting hatred and violence against Jews, it didn’t stop naming schools, streets, and sports teams after terrorists, and it didn’t stop giving pensions and salaries to the families of suicide bombers. When we explained this to politicians they were in shock and wanted to know why the other Jewish organizations didn’t tell them about it. I said if they tell you this it would make it difficult for them to promote a state or money for the Palestinians.

How has your success in foreseeing the failure of these policies affected the ZOA?

We now have a lot of major donors we never had before. Even my colleagues in the other organizations grudgingly recognize we’ve been right. But even today these organizations still support the so-called two state solution, do not support the right of Jews to live in Judea and Samaria, and refuse to propagate the truth that Jerusalem is not holy to Muslims. They seem to believe that once there is a state, things will be fine.

Do you think religion plays a role in the attitude of Jews toward Israel, with the unaffiliated and non-Orthodox feeling increasingly alienated from Judaism and thus from Israel?

That’s a very powerful, valid point. The polls show this. Around 20 percent of Reform Jews care in a sincere way about Israel, 40-45 percent of Conservative Jews do – but 90 percent of Orthodox Jews do. The closer Jews are to traditional Torah Judaism, the more they care about Israel. Plus, among Conservative and Reform Jews you have intermarriage rates of 50-80 percent, so their spouses tend not to be Jewish. Unless they marry an evangelical Christian, Israel is going to become less important to them. For many Jews, their Judaism is actually liberalism. They have no real attachment to Judaism and no attachment to Israel.

Is there merit in trying to persuade these non-Orthodox Jews or do you write them off?

Absolutely not. I give more speeches in Reform and Conservative synagogues than in Orthodox shuls. And after laying out the facts, I get standing ovations. They don’t know the facts. Their rabbis either don’t know or don’t preach them because they’re afraid they’ll be condemned for being “against peace.” And the Jewish newspapers, with the exception of The Jewish Press, rarely talk about the facts.

When I speak in these synagogues, especially when I talk about the propaganda lie of Jerusalem, the rabbis there say we have no right to tell Muslims what’s holy to them. I say that if there’s no basis in proclaiming that Jerusalem is holy to them, they have no right to say it. We need to publicly proclaim that Jerusalem has been the capital only of the Jewish state and no other state. When Jordan controlled eastern Jerusalem between 1948 and 1967, the Jordanians let it become a slum that no Arab leader other than King Hussein visited. The name “Jerusalem” doesn’t even appear once in the Koran.

What is the ZOA’s position on moving the American embassy to Jerusalem?

Move it immediately. Legislation was passed by Congress in 1995 with 95 percent of House and Senate members voting to move it. Clinton, Bush, and Obama evoked a waiver because of security, but Arabs have been terrorizing Jews since Oslo began. By not moving it you show that you are afraid of their threats of terrorism and their threats that they won’t negotiate peace. Well, they won’t negotiate peace anyway.

Trump and the Jewish community should stand up like giants and tell the truth that Jerusalem is not holy to Muslims. Israel is the only country in the world where the American embassy is not in that country’s capital. Temporarily there might be an outbreak of violence [if the embassy is moved] and Israel should crush it. But I believe such a move will actually increase the likelihood of peace because the Arabs would realize the jig is up. They will know they’ll get nothing unless they finally recognize Israel as a Jewish state and end the Arab-Islamic war against Israel.

The ZOA has been in the forefront of fighting BDS and campus anti-Semitism. Can you describe what is being done?

We are very worried that the anti-Semitic and anti-Israel activities of BDS will increase dramatically. To this end we have a dozen full time campus professionals, in addition to the ZOA’s Center for Law and Justice, headed by Susan Tuchman. She got Title Six of the Civil Rights Act to apply to Jews on campus, which empowers them in the fight against campus discrimination and anti-Semitism.

We also bring 120 kids to Israel every year and we’re the only Jewish organization that brings college and high school kids past the ‘67 line to Chevron, Ariel, and Efrat. These kids frequently say that this is the most exciting part of the trip. They realize these are real cities with wonderful people, and not the crazy religious fanatics they imagined them to be.

Do you think BDS will get worse as a result of the UN resolution?

Yes. This legitimizes BDS. Now they can proclaim that Israel is violating international law under the UN. And Jewish organizations that support boycotting Judea, Samaria, and East Jerusalem are really boycotting Israel itself, because large numbers of companies in Israel proper sell to Jews in those areas and have offices there.

These frightened, appeasement-minded Jews care more about Islamophobia than they care about Jews. Many of them are ready to do anything in the belief that major concessions will stop the Arab-Islamic hatred of Jews because the holy land of Israel is not that important to them. I care about Israel because I believe in the Torah. I believe that God gave this holy land to the Jews. End of story. 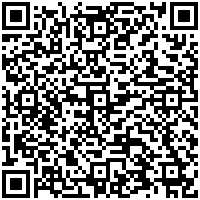